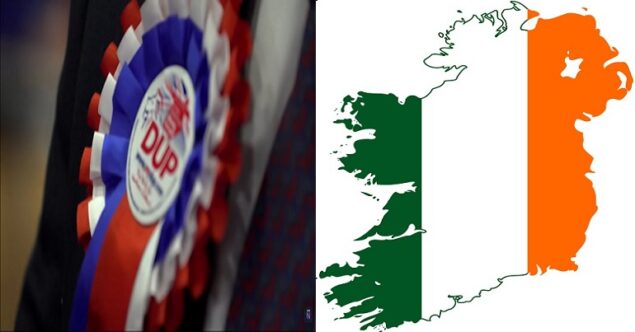 Following unionist discontent with Arlene Foster’s handling of Brexit negotiations and the subsequent Northern Ireland Protocol, Foster announced she’d step down as DUP leader and first minister of Northern Ireland. In the weeks that followed, the DUP elected Edwin Poots as party leader. It proved to be an extremely divisive time for the north’s then most popular unionist party.

Because DUP members were unhappy with Poots’ handling of the UK government’s commitment to passing an Irish language act, he lasted just three weeks. The DUP then endorsed Jeffrey Donaldson as its new and latest leader. But if the party thought that was the end of this particularly bumpy road, it would be sadly mistaken.

Some on social media found it hard to contain their delight:

Sitting back, waiting for the graduated response 😄😄 https://t.co/NwEeuKWUoR

While this person took a more satirical approach:

The DUP couldn’t have been altogether surprised by this poor showing. Especially given divisive leadership struggles and its most recent Westminster election performance where it lost two of its MPs.

But if all that wasn’t sufficiently gruelling for this racist, Islamophobic, homophobic creationist party, another opinion poll would pile the pressure on further. Because in the Observer on Sunday 29 August, a poll suggested two-thirds of voters in the north believe there should be a vote on its place in the UK. And even more worryingly for unionists, the survey suggested:

42% supporting a United Ireland with no plan, no blueprint, and no campaign yet is not inconsequential and should make for uncomfortable reading for unionists.

Two-thirds say a border poll should be held in the wake of Brexit.

A survey published in June suggested that support for a united Ireland was as low as 30%. So with this recent upsurge in support, some united Ireland supporters couldn’t contain themselves:

42% support a united Ireland without any plan in place. The Scottish campaign added 10-15% during the run up to the referendum.

The topic of a United Ireland is treated as taboo in Northern Ireland; every time it comes up, every newspaper prints stories about how "divisive" it is.

With base support of 42%, the age divide and the recent collapse of Unionist politics, its actually great.

There can be little doubt that the aftermath of Brexit has affected people’s opinions. And let’s not forget the north’s then-leading unionist party was in the driving seat of that particular bus.

While some unionists may take a different view of this poll, it’s ignoring the bigger picture of what might lie ahead. These are indeed worrying times for unionism.