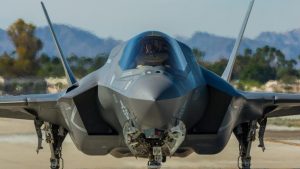 The total for the SIPRI Top 100 in 2016 is 1.9 per cent higher compared with 2015 and represents an increase of 38 per cent since 2002 (when SIPRI began reporting corporate arms sales). This is the first year of growth in SIPRI Top 100 arms sales after five consecutive years of decline.

U.S, companies increase their share of total arms sales in 2016 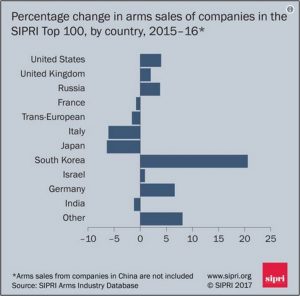 At a combined total of $217.2 billion, arms sales of U.S, companies listed in the SIPRI Top 100 grew by 4.0 per cent in 2016. U.S, military operations overseas as well as acquisitions of large weapon systems by other countries have driven this rise. Arms sales by Lockheed Martin—the world’s largest arms producer—rose by 10.7 per cent in 2016, which was decisive to the increase in the U.S,A’s share of overall SIPRI Top 100 sales to 57.9 per cent. ‘With the acquisition of helicopter producer Sikorsky in late 2015 and higher delivery volumes of the F-35 combat aircraft, Lockheed Martin reported significant growth in its arms sales in 2016,’ says Aude Fleurant, Director of SIPRI’s Arms and Military Expenditure Programme.

The rise in sales and the number of U.S, military services companies ranked in the SIPRI Top 100 are noticeable trends in 2016. Some of these companies have increased their sales through the acquisition of the military services divisions of larger arms producers. This was the case for Leidos, for example, which acquired Lockheed Martin’s information technology and technical services businesses in 2016.

The combined arms sales of companies in Western Europe listed in the SIPRI Top 100 remained stable in 2016 at a total of $91.6 billion—an increase of 0.2 per cent compared with 2015. However, the trends for arms sales in the largest arms-producing countries— namely the United Kingdom, France, Italy and Germany—displayed clear divergences. There were overall decreases in the arms sales of Trans-European, French and Italian companies, while companies in the UK and Germany recorded overall increases.

‘Germany’s 6.6 per cent increase in arms sales for 2016 is mainly due to the growth in sales of armoured vehicle producer Krauss-Maffei Wegmann (12.8 per cent) and land systems producer Rheinmetall (13.3 per cent),’ says SIPRI Senior Researcher Pieter Wezeman. ‘Both companies have benefited from demand for arms in Europe, the Middle East and South East Asia.’

The UK’s decision to withdraw from the European Union did not seem to have an impact on the arms sales of British companies, which rose by 2.0 per cent in 2016. The arms sales of BAE Systems, the fourth largest arms producer globally, remained stable (up by 0.4 per cent). The highest growth in arms sales by a British company (43.2 per cent) was recorded by GKN, an aerospace components manufacturer.

Among the 10 Russian companies listed in the SIPRI Top 100, the trends in arms sales are mixed: five companies recorded sales growth, while the other five showed decreases. The highest ranked Russian company in the SIPRI Top 100 for 2016 is United Aircraft Corporation, which is placed 13th. Its arms sales grew by 15.6 per cent compared with 2015 due to increased deliveries to the Russian armed forces and higher export volumes.

SIPRI’s ‘emerging producers’ category covers companies based in Brazil, India, South Korea and Turkey. The trend in this category for 2016 is dominated by the 20.6 per cent overall increase in the arms sales of South Korean companies, with total sales amounting to 8.4 billion. ‘Continuing and rising threat perceptions drive South Korea’s acquisitions of military equipment, and it is increasingly turning to its own arms industry to supply its demand for weapons,’ says Siemon Wezeman. ‘At the same time, South Korea is aiming to realize its goal of becoming a major arms exporter.’

SIPRI’s ‘other established producers’ category covers companies based in Australia, Israel, Japan, Poland, Singapore and Ukraine. The combined arms sales of companies in these countries fell by 1.2 per cent in 2016, largely driven by an overall decrease in the arms sales of Japanese companies (–6.4 per cent). Japan’s largest arms companies experienced sharp falls in 2016: Mitsubishi Heavy Industries’ arms sales decreased by 4.8 per cent, while those of Kawasaki Heavy Industries and Mitsubishi Electric Corporation declined by 16.3 and 29.2 per cent respectively.

‘Arms sales’ are defined by SIPRI as sales of military goods and services to military customers, including sales for domestic procurement and sales for export. Changes are calculated in real terms and country comparisons are only for the same companies over different years.

This is the first of three major data set pre-launches in the lead-up to the publication of the 2018 edition of the SIPRI Yearbook. In the first half of 2018, SIPRI will release its international arms transfers data (details of all international sales, transfers and gifts of major weapons in 2017) as well as its world military expenditure data (comprehensive information on global, regional and national trends in military spending). All data will feature in the SIPRI flagship publication SIPRI Yearbook 2018 to be published in mid 2018. 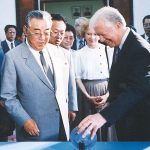 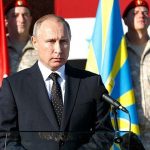