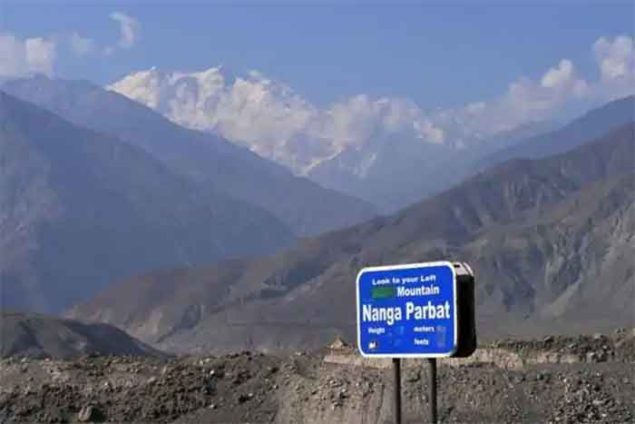 Imran Khan, the prime minister of Pakistan, announced on September 17 that Gilgit-Baltistan, part of the disputed territory of Jammu and Kashmir, is to become the fifth province of Pakistan, making it the new hot spot in the region.

Pakistan Prime Minister Imran Khan has announced to make Gilgit-Baltistan, a part of the disputed territory of Jammu and Kashmir, as the fifth province of Pakistan on September 17, 2020, making it the new hot spot in the region.  India retorted by saying that  ‘Government of Pakistan or its judiciary has no locus-standi on territories illegally and forcibly occupied by it. India completely rejects such actions and continued attempts to bring material changes in Pakistan occupied areas of the Indian territory of Jammu and Kashmir’ 1 .

Pakistan’s counter move comes after India had started to air the Gilgit-Baltistan weather-report on its national Television Channel from  May 8, 2020 2. Pakistan tried to engage India on the front of complete verbosity as India started to  gain into aggressive momentum, which only six months later made the Indian army Chief MM Naravane to say that India is ‘ready to Attack POK if instructed’ on Jan 2, 2020 3.  India considers GB to be its territory but the move set the tempo in China as China’s flagship programme of China-Pakistan Economic Corridor (CPEC) passes through Karakoram which is pretty close to GB and which China perceived would be the point from where India would ‘disturb’ its project as India has opposed CPEC from its very inception.  This May 2020 is since when China-India relations are on the boil as China has started to stake claim inside Ladakh which led to the first flashpoint on June 15, 2020 when India lost 20 of its soldiers. Here, Pakistan came to the rescue of China as it engaged in war rhetoric with India and India was totally caught unawares on the China front.   This GB is now back in news.

It cannot be guessed that Pakistan took the decision about GB if not for the support of China towards it. The Eurasian Times on July 20, 2020 4 carried a report that China by using its military and economic power is developing infrastructure in GB ‘in a bid to counter India’s plan of seizing the disputed region. Concerned about India’s plan to re-take GB, Beijing ha(d)s ramped up construction using its military power ’ . With Pakistan and China sprawling presence in the backdrop, the latest move by Pakistan seems to have turned GB into a new ‘hotspot’.

India’s firm stated position since Article 370 had been abrogated is that the next agenda of the Modi government (was) to retrieve the parts of Kashmir under Pakistan and that if there will be any talks with Pakistan, it will be on Pakistan-occupied-Kashmir 5 . However, since Aug. 5, (2019) many residents of GB (were) are urging Islamabad to fully incorporate the region as a full-fledged province of Pakistan. “We’re patriotic Pakistanis as our elders liberated this region from Dogra rulers in 1947 and no one here [GB] is ready to accept the Indian claim over G B,” said Muhammad Ali Khan, the provincial minister of GB. “From day one we merged with Pakistan and now the government should declare this region a fifth province of the country,” he added. “You can watch the Pakistani flag on houses and buildings in the region, which show our people’s decision,” said, pointing to the banners hoisted on local residents’ houses and buildings, on August 14 Pakistan’s Independence Day,’ informs the report published in The Eurasian Times 6  on August 22, 2020. An article in The Asian Times on June 2, 2018, much before the rising of this new situation, had debated ‘Why Gilgit Baltistan should be a province of Pakistan’. 7

Perhaps India was just too-carried-away by Pakistan purported hollow sabre rattling, while at the same time giving China ample space to prepare for it, hence, India was caught totally on the wrong foot.  It may also be mentioned here that after the 74-days standoff at Doklam, near Sikkim, between India and China in 2017, the disengagement ensued and while India removed its troops, China instead built-up full military complexes, military structures, gun emplacements and helipads in Doklam, and all this happened just 81 meters from the Indian side. A detailed report appeared on it with all the satellite images 2018, in NDTV 8, while the BJP Narendra Modi nationalist government slept all the way through.

Whatever is happening at LAC and LOC, where India is ‘head-to-head’ involved with both China and Pakistan, and the clouds of war or rather a two-front-war is hovering over India, and the proverbial ‘hot winter’ is what is waiting for the subcontinent, while the whole world is riveted towards this growing precarious situation in which all the three nations armed with their nuclear arsenals are gruelling at each-other! If things are to be a bit analysed then, it may be referred that after the Pulwama attack in Kashmir, which found 42 Indian soldiers dead, on Feb 14, 2019, towards which former RAW ( India’s Intelligence Agency) chief AS Dulat had called it  ‘as a gift’ 9 to BJP, had turned the latest heat around Kashmir.

Only a fortnight later India attacked Balakot in Pakistan and the Abhinandan fiasco happened 10, whose plane was shot by Pakistan, held and later released by Pakistan, but the world did not cried war.  The Pulwama attack made PM Narendra Modi ride on a ‘nationalism sentiment’   and he took to his second-oath-to-office in May 2019. There was no hurry as PM Modi party BJP had straddled for one of the biggest majority in the history of independent India, but for the ‘Akhand-Bharat’ pledge the unfolding scenarios were perhaps all destined to happen. When PM Modi abrogated the Article 370 of JK&L on August 5, 2019, only five days later I wrote an article in CounterCurrents on August 10, 2019 11 , that the move is poised to change the internal and external dynamics of the country for the next 50 years. The article titled as Kashmir Fallout: Foreign Policy front Going Awry was a summary of what all had led to the August 5, 2019 move.

If things may be put into perspective then it would come out that US president uttered the ‘K’ word twice for mediation, within a matter of 15 days, on July 22, 2019 12  and August 2, 2019 13 , and which ultimately led to PM Modi bring the ground-position to zero on August 5, 2019. What however, can be contrasted is that after the Abhinandan incidence, the war-cry could not be resounded as Donald Trump had then very early countered ‘we have some good news’ 14 ,   but this time he, despite his mediation offers to India and China 15 seem be determined for it. 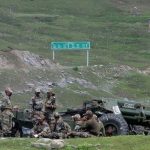 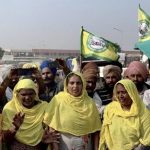 ‘We have to look after our homes as well as the movement’: Women at farmers’ protestIndia