The following Reuters news report assumes the German and NATO thesis of bad “Russian behaviour” towards Ukraine requiring economic sanctions and other agressive treatment. Notwithstanding this biased assumption, the report sheds much light on the intentions of Germany’s economic and political rulers towards its powerful Russian neighbour.–New Cold War

BERLIN–After nine months of non-stop German diplomacy to defuse the crisis in Ukraine, Chancellor Angela Merkel decided in mid-November that a change of tack was needed. Ahead of a summit of G20 leaders in Australia, Merkel resolved to confront Vladimir Putin alone, without the usual pack of interpreters and aides. Instead of challenging him on what she saw as a string of broken promises, she would ask the Russian president to spell out exactly what he wanted in Ukraine and other former Soviet satellites the Kremlin had started bombarding with propaganda.

On Nov. 15 at 10 p.m., a world away from the escalating violence in eastern Ukraine, the two met on the eighth floor of the Brisbane Hilton. The meeting did not go as hoped. For nearly four hours, Merkel — joined around midnight by new European Commission President Jean-Claude Juncker — tried to get the former KGB agent, a fluent German speaker, to let down his guard and clearly state his intentions.

But all the chancellor got from Putin, officials briefed on the conversation told Reuters, were the same denials and dodges she had been hearing for months. “He radiated coldness,” one official said of the encounter. “Putin has dug himself in and he can’t get out.”

The meeting in Brisbane, and a separate one in Milan one month before — where Putin made promises about Russian behavior in eastern Ukraine that German officials say were broken within days — pushed frustration levels in Berlin to new heights. Merkel had hit a diplomatic dead-end with Putin.

Since February, when the pro-Russian president of Ukraine, Viktor Yanukovich, fled Kiev amid violent protests on the Maidan square, Germany has taken the lead in trying to convince Putin to engage with the West. Merkel has spoken to him by phone three dozen times. Her Foreign Minister Frank-Walter Steinmeier, a member of the Social Democrats (SPD), traditionally a Russia-friendly party, has invested hundreds of hours trying to secure a negotiated solution to the conflict.

Now, German officials say, they have run out of ideas about how they might sway the Russian leader. The channels of communication with Putin will remain open, but Berlin is girding for a long standoff, akin to a second Cold War. “I think we need to prepare ourselves for a prolonged conflict in which Russia will use all the means at its disposal,” Norbert Roettgen, chairman of the foreign affairs committee in the German Bundestag and a member of Merkel’s conservative party, told Reuters.

“We are essentially in a waiting game,” said another German official, who requested anonymity because of the sensitivity of the matter. “All we can do is keep an eye on the violence in eastern Ukraine and be prepared to react to it.”

Merkel’s frustration was evident during a speech in Sydney, two days after her meeting with Putin. In unusually stark language, she accused Russia of trampling on international law with “old thinking” based on spheres of influence. “After the horror of the two world wars and the end of the Cold War, this calls into question the peaceful order in Europe,” she said.

A day after she spoke, Steinmeier traveled to Moscow to assess the damage. He was ambushed by Putin, who at the start of their talks launched into a diatribe about events on the Maidan, accusing Europe of reneging on a deal to keep Yanukovich in power a bit longer, according to the second German official. Steinmeier later acknowledged that no progress had been made on the visit.

German officials admit that for now, their strategy has been reduced to damage control on three main fronts.

The first front is Kiev, where Berlin is working to ensure emerging cracks between Ukraine’s leaders — President Petro Poroshenko and Prime Minister Arseny Yatseniuk — do not widen, as they did nearly a decade ago between the previous leadership duo, Viktor Yushchenko and Yulia Tymoshenko.

Yatseniuk, a 40-year-old technocrat, emerged strengthened from elections in October and his hard-line stance on Russia risks making the more diplomatic Poroshenko look weak, German officials worry. A split between the two would complicate Kiev’s ability to push through economic reforms and anti-corruption measures that are key for securing new aid from the West. This would play right into Putin’s hands.

“Everything needs to be done to keep them on track,” said the first German official. “We are working every day to prevent a repeat of Yushchenko and Tymoshenko.”

The second battle is against what German officials describe as a “massive propaganda campaign” by the Kremlin to convince Russia sympathizers in Germany and elsewhere in Europe to break with the hard line backed by Merkel and Washington. The most public example of this was an interview Putin gave to German public television station ARD. [Watch and listen to an English translation of the 30-minute interview with Vladimir Putin on German television network ARD, on Nov 17, 2014, here.]

Broadcast on the eve of Merkel’s Sydney speech, Putin struck an unusually conciliatory tone, saying he was convinced there was a way out of the crisis. In a message tailored for his German audience, he expressed concerns about ethnic cleansing in eastern Ukraine by neo-Nazis wearing swastikas and SS symbols.

As part of this campaign, Kremlin-funded broadcaster RT — formerly known as Russia Today — launched a German language station this month to put across Moscow’s view of the crisis.

German media have been complaining for months about their news sites being bombarded with pro-Russian comments. German security sources say they are part of an organized offensive steered from the Kremlin. “Putin has tools to influence opinion within the EU,” said Ulrich Speck of the Carnegie Europe thinktank. “He is doing his best to undermine the German narrative of the Ukraine crisis.”

Already there are signs of cracks. Matthias Platzeck, a former leader of the SPD, broke ranks earlier this month and urged Germany to recognize Russia’s annexation of Crimea. This week, Russian Economy Minister Alexei Ulyukaev is being hosted by Russia-friendly businessmen in Stuttgart, the heart of German industry.

Outside of Germany, Russia is reaching out to former eastern bloc EU members like Hungary and Bulgaria, as well as Balkan states. Last month in Milan, Merkel was made to wait for Putin for hours because he lingered in the Serbian capital Belgrade to take part in a military parade.

Russia also appears to be extending a hand to right-wing opposition parties in Europe. France’s National Front confirmed at the weekend that it had secured a 9 million euro loan from a Moscow-based bank.

The first set of EU sanctions is due to expire in March and will need to be renewed. German officials say Italy, Hungary and Slovakia will be the most difficult countries to keep on board.

“Putin will be trying to peel countries away in the run-up to March,” said one. Another described the battle to keep the EU united on Russia as a “Herculean task”.

Against the backdrop of this fragile EU consensus, ratcheting up economic sanctions further is seen as a “no go” in Berlin for now. That would change, German officials say, if Russian-backed separatists carved out a corridor of control from eastern Ukraine to Crimea by taking the strategic city of Mariupol.

For Merkel however, the showdown seems to be evolving from a fast-moving tit-for-tat affair into a longer game in which the West slowly squeezes Russia’s struggling economy in the hope that Putin eventually blinks.

“Because we have ruled out war, some people may think they can do whatever they like with us,” she said late last month at an event in the east German church where she was baptized, opening up to an audience of locals who, like her, had been taught to love mother Russia in their youth. “We won’t allow this,” she added.

(Writing by Noah Barkin; Additional reporting by Timothy Heritage and Gabriela Baczynska in Moscow and Gernot Heller in Brisbane; Editing by Robin Pomeroy) 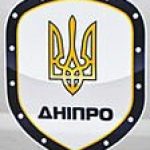