Thousands of Germans have staged a protest rally to express their anger at the West’s warmongering policies against Russia over the ongoing crisis in Ukraine. At least 3,500 people took part in the protest, organized by the German Peace Movement, in the capital Berlin on Saturday, Dec. 13.

The demonstrators marched to the presidential Bellevue palace to condemn the West’s confrontation with Russia over the conflict in Ukraine. They expressed concern that the policies adopted by the North Atlantic Treaty Organization (NATO) under the influence of the United States will lead to further escalation of tensions in Europe.

The protesters also called for the dissolution of the Western military alliance, an immediate withdrawal of U.S. nuclear weapons from Germany’s Büchel Air Base, and the closure of the U.S.-run Ramstein Air Base in the country’s southwestern part. They held banners, reading, “We say no to the confrontation with Russia” and “No NATO, no war.”

“Russian people are our friends and we don’t want to live at war with them. We like peace in Europe and Russia is one part of Europe,” a demonstrator said.

The West accuses the Kremlin of having a hand in the crisis in eastern Ukraine, which erupted when Kiev launched military operations in mid-April to silence pro-Russia protests there. The Russian government, however, denies the allegation.

Tensions between Russia and the West heightened in March following a decision by Ukraine’s then autonomous region of Crimea to join the Russian Federation. The move sparked angry reactions from the United States and the European Union, which imposed several rounds of punitive measures against Moscow, targeting the country’s banking, energy, and defense sectors.

NATO has held a number of war games in Eastern Europe and reinforced its air patrol over the Baltic region over the past months. Moscow has repeatedly denounced such moves as a sign of aggression. 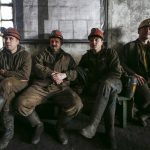 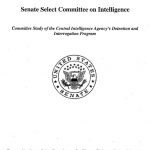