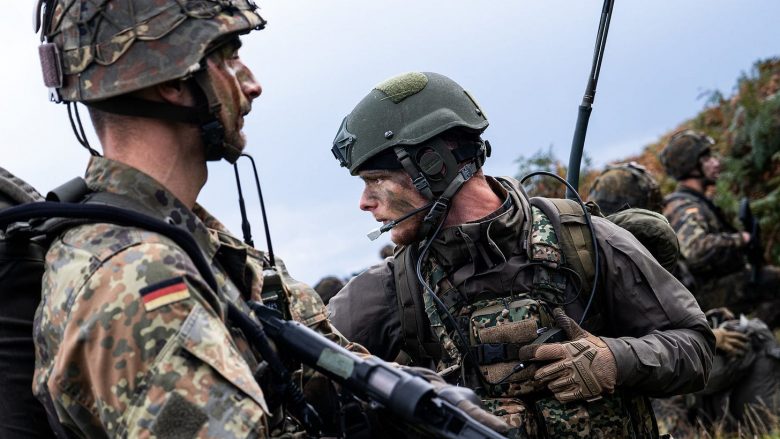 German troops in a NATO military exercise in 2021

A leaked confidential strategy paper shows Germany is preparing for a potential war with Russia, as it boosts its budget and plans to become the world’s third-biggest military spender.
________________________

The German military, the Bundeswehr, released the secret 68-page document internally in September.

The Bundeswehr chief, Inspector General Eberhard Zorn, warned that Germany could be attacked, and he proposed plans for a future armed conflict with Russia.

The document opens stating, “War in Europe is a reality again.” It predicts that the most likely scenario would be a conflict with Russia on NATO’s eastern flank.

Der Spiegel noted that the strategy paper stresses the need for “deterrence.”

In the past few decades, the German military has focused on small, specialized units, but this report says the armed forces will now prioritize training large units that are always ready for war.

The document reaffirms the Bundeswehr’s commitment to the US-led NATO cartel, but also makes it clear that Berlin is beginning to consider its own strategic autonomy independent of Washington.

Der Spiegel summarized the document as an outline for a “mega-reform” of the armed forces.

The Germany newspaper has not translated the article into English, and the striking report got almost no coverage in the English-language press.

As a member of NATO and the de facto leader of the European Union, Germany has played a significant role in the Western proxy war on Russia that began in 2014, when a US-sponsored coup d’etat violently overthrew Ukraine’s democratically elected neutral government and installed a staunchly anti-Russian, pro-Western regime.

This US-backed putsch set off a civil war in Ukraine. In an attempt to end the violence, Germany and France helped Ukraine negotiate the Minsk II accord with Russia in 2015. Berlin was supposed to guarantee that Kiev implemented the agreement, but Ukraine refused to do so – and Washington discouraged it from meeting its political obligations.

Germany and France were generally seen as less hawkish against Russia than the United States. But when Russia invaded Ukraine in February 2022, the situation changed completely.

German Chancellor Olaf Scholz described the escalation of the proxy war as a “turning point” for Europe. His government promptly embarked on the first substantial re-militarization of the country since the end of the first cold war.

Scholz announced his administration would create a €100 billion “special defense fund,” in addition to the ballooning German military budget of €50 billion per year.

In June, Germany’s parliament, the Bundestag, approved this special fund.

Reuters reported that Germany plans to devote at least 2% of its GDP to military expenditure, “making it the world’s third-biggest military spender behind the United States and China.”

With the proxy war in Ukraine heating up, Germany is also playing a more active role in NATO.

The New York Times reported in June that the US military is using bases in Germany to train Ukrainian troops, and Germany became home to a coalition cell of Western militaries planning the proxy war on Russia:

Shortly after Russia invaded Ukraine in February, the [US] Army’s 10th Special Forces Group, which before the war had been training Ukrainian commandos at a base in the country’s west, quietly established a coalition planning cell in Germany to coordinate military assistance to Ukrainian commandos and other Ukrainian troops. The cell has now grown to 20 nations.

In September, Germany deployed more troops to a permanent NATO deployment in Lithuania, a former member of the Soviet Union that is close to the border with Russia.

In October, Berlin initiated a NATO military exercise in Lithuania which will involve roughly 5,000 German troops.

With over 200 troops and 50 vehicles deployed in #Lithuania 🇱🇹, the new German enhanced Vigilance Brigade🇩🇪 will play a significant part in defending every inch of #NATO territory

The re-militarization of Germany is bipartisan, and has the support of both the current centrist, social-democratic government as well as the right-wing opposition.

the government has joined forces with the main opposition parties to change the constitution and allow €100 billion ($107 billion) in additional debt to upgrade the military — an unprecedented occurrence in the history of the Federal Republic.

It comes on top of this year’s record defense budget of €50.4 billion and will be spent over the next five years.

DW noted that this military spending is in addition to the billions of euros worth of support that Germany has provided to Ukraine in the proxy war with Russia.

The only major political party that opposes the re-militarization of Germany is the socialist Die Linke (Left Party). DW reported:

The Left Party in Germany is the country’s only major political camp to fundamentally reject the Bundeswehr’s additional funding. It calls the special fund a “cornerstone for permanent militarization” in Germany.

“The purchase of nuclear bombers like the F-35, new tank systems, and armed drones is sending the stock prices and profits of the major arms makers soaring,” says Sevim Dagdalen, spokeswoman for international politics of the Left Party’s parliamentary group.

Meanwhile, she says, poverty is on the rise in Germany.

According to DW, €41 billion of this special fund will go to the Bundeswehr’s air force, which plans to buy CH-47F Chinook helicopters from the US corporation Boeing and F-35 fighter jets from Lockheed Martin, as well as the Eurofighter Typhoon combat aircraft from pan-European company Airbus.

The Bundeswehr’s navy will receive €19 billion modernize its forces with U12 submarines and other combat boats.

Germany currently has troops in Mali, as part of a United Nations mission in western Africa, although Berlin has claimed it will withdraw them by 2024. 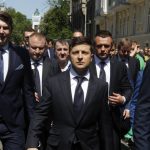 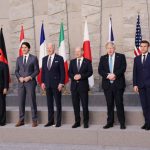