Chancellor Merkel has allowed German authorities to launch an investigation into satirist Jan Böhmermann. Turkish President Erdogan requested the inquiry, saying he was insulted by a Böhmermann poem.

“The outcome is that the German government will give the authorization in the current case,” Merkel said, stressing that the decision “means neither a prejudgment of the person affected nor a decision about the limits of freedom of art, the press and opinion.”

Merkel also announced on Friday that her government will draft a proposal to replace the current law that criminalizes insulting foreign heads of state, making it “dispensable in the future.”

Erdogan pressed charges against Böhmermann for insulting him personally and as a foreign head of state, which is illegal under German law. In order for an investigation against Böhmermann to begin, the inquiry needed the approval of the German government.

Watch a panel discussion (in English) of the ‘investigation’/persecution of ZDF’s Jan Böhmermann by German judicial authorities, on Deutsche Welle‘s program ‘Quadriga’, April 14, 2016, 26 minutes. The three panelists share the Turkish president’s disdain for Jan Böhmermann’s satire and sympathize with the German government’s ‘investigation’ while warning it is politically explosive for the German chancellor.

The private defamation case could result in a one-year prison sentence for Böhmermann while insulting a foreign head of state can be punished by up to five years in jail. 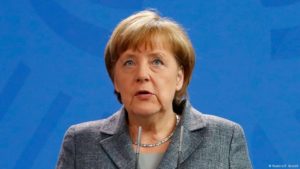 During Friday’s press conference, Merkel admitted “there were different opinions between the coalition partners – the conservatives and the SPD (Social Democrats)” in coming to a decision.

The infighting was made apparent by coalition partner reactions on social media following the announcement. The SPD’s parliamentary head, Thomas Oppermann tweeted his disapproval: “I think the decision is wrong. Prosecution of satire because of ‘lese-majeste law’ doesn’t fit with modern democracy.”

The general secretary of Merkel’s conservative Christian Democrats (CDU), defended the Chancellor’s decision on Twitter, writing: “The government takes the rule of law seriously. Even when it sometimes hurts.”

Justice Minister Heiko Maas – a member of the SPD – said the decision on whether or not Böhmermann’s poem was satire or defamation, is entirely up to the courts.

“The question of whether Böhmermann’s comments were satire or defamation will be decided nevertheless by the courts in accordance with the law and independent of whether the request for prosecution is granted or not,” Maas told reporters.

Maas also confirmed Merkel’s desire to do away with Germany’s antiquated defamation law at the heart of the case. He tweeted: “We want to abolish paragraph 103. Special provisions for insulting foreign heads of state has fallen behind the times.”

Böhmermann read his sexually explicit poem about Erdogan two weeks ago during his comedy show on German public broadcaster ZDF. The poem was supposed to illustrate what would not be allowed in Germany, in contrast to an earlier satirical song that poked fun at Erdogan with milder language.

Merkel previously defended the satirical song as being protected by the right to freedom of expression, but she later criticized Böhmermann poem as “deliberately offensive.”

The Böhmermann case has sparked a diplomatic crisis for Merkel

On Thursday, Böhmermann declined to sign a “cease and desist” order from Erdogan’s German lawyer, while ZDF defended the poem as “legally permissible” under German law. ZDF did, however, remove a video of the poem’s broadcast from its online archive.

Merkel to travel to Turkey

The Böhmermann case has unleashed a diplomatic crisis for Merkel, who has had to defend freedom of speech in Germany as well as downplaying Ankara’s political influence as the two countries work together to implement a controversial EU-Turkey refugee deal.

It was also announced on Friday that Merkel and top EU officials will visit Turkey on April 23. The trip is meant to be a “follow-up” to the EU-Turkey deal to stem the flow of migrants into Europe.

European Council President Donald Tusk and European Commission Vice President Frans Timmermans will accompany Merkel to the southern Turkish town of Gaziantep, which is home to many Syrians who fled the civil war in their home country.

Erdogan gets his way: Germany authorizes prosecution of comedian who insulted Turkish leader

Turkish President Recep Tayyip Erdogan has spent the last two years as head of state ensuring that if someone insults him, he doesn’t just find about it — he does something about it.

On Friday, German Chancellor Angela Merkel, who needs Turkey’s support in the ongoing refugee crisis, ceded to Erdogan’s request. “In a constitutional democracy, weighing up personal rights against freedom of the press and freedom of expression is not a matter for governments, but for public prosecutors and courts,” Merkel said while announcing she has authorized German prosecutors to move forward with the case if they choose to.

Böhmermann knew when he performed the poem on German broadcaster ZDF on March 31 that it could land him in hot water. Erdogan doesn’t let insults slide, and under German law, it is technically illegal to insult the representative of a foreign government. If a foreign leader wants to press charges against an individual for the insult, the German government needs to authorize it.

Merkel agrees the German comedian’s poem, inspired in part by Turkey’s earlier complaints about a separate satirical video, “Erdowie, Erdowa, Erdogan” that aired on German public broadcaster NDR last month, was “deliberately offensive.” Turkey summoned Berlin’s ambassador for a tongue-lashing over the original video, in a move that was seen as an attempt to export his crackdown on press freedom. Erdogan’s latest demands that he be able to prosecute Böhmermann appear to be a further extension of that exportation.

Merkel insisted Friday that her decision to let the prosecution move forward does not indicate she thinks Böhmermann is innocent or guilty, and said she hoped to take legal steps toward removing that provision from Germany’s criminal code.

So the ball won’t be entirely in Erdogan’s court: It’s now up to Germany’s public prosecutors to decide if they want to take up the case. Even if that happens, it’s the German courts that will determine whether Böhmermann is actually guilty of breaking German law.

The European Parliament (EP) issued a progress report on Turkey on April 14, causing a stir and striking some observers as the EP’s harshest criticism of Turkey ever.

Just months ago, European Union leaders, led by German Chancellor Angela Merkel, were courting Turkey and its strongman, President Recep Tayyip Erdogan, to implement a deal under which Turkey would curtail the refugee flow into Europe. The EU’s coddling of the Turkish government and Erdogan, while protests and complaints about basic human rights violations are ongoing, has caused increasing unease in European societies. EU member countries are being strongly criticized for selling out the EU’s basic principles.

Apparently cognizant of its backtracking on basic principles, the parliament tried to regain the moral high ground by criticizing itself in the report… 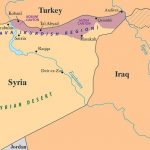