Georgia’s rural communities, where unemployment can reach levels of 40 percent to 50 percent, depend on remittances as an important source of foreign exchange and to cover basic costs like groceries, fuel and rent. The World Bank estimates that in 2010-2014 remittances accounted for 12 percent of Georgia’s Gross Domestic Product. (Photo: Temo Bardzimashvili) 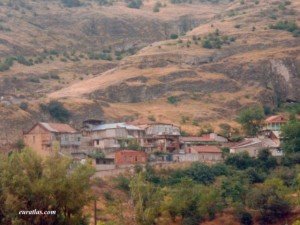 Greece and the European Union may have reached a bailout deal to ease the Mediterranean nation’s financial crisis, but the effects of the country’s economic collapse are expanding eastward.

Georgia is among the formerly Soviet states that are experiencing trickle-down economic pain. There are an estimated 250,000 Georgians living and working in Greece, transferring on average about $14.6 million per month to relatives back home during the first half of this year.

“Lots of people are really dependent on Greek money,” said Sopho Otiashvili, a Georgian law student whose mother has lived and worked in Greece for 10 years. At $204.78 million in 2014, Greece ranks as Georgia’s second-largest source of remittances after Russia, according to the National Bank of Georgia. That figure is only for official remittances, declared income sent home from the migrant’s host country. A report published in 2011 by Tbilisi’s Economic Policy Research Center (EPRC) estimated that undeclared remittances to Georgia totaled the equivalent of 40 percent of the official tally.

Most Georgians employed in Greece are women working in low-skill positions, such as hotel staff, maids and homecare aids. They seek employment abroad because of a lack of decently paid opportunities in Georgia, where average monthly per capita income stands at about $380.91 (855.9 laris), roughly one-sixth of the average in Greece.

Many Georgian households depend on remittances as a source of foreign exchange and to cover basic expenses, including groceries, fuel and rent. In 2010-2014, remittances accounted for 12 percent of Georgia’s Gross Domestic Product, the World Bank calculates. As of 2011, the funds helped supplement the livelihood of one out of every nine of Georgia’s estimated 4.5 million residents, the EPRC found.

As Greece’s economy has teetered, the amount of money being sent back to Georgia has dwindled. In May, the latest month for which data is available, remittances from Greece to Georgia shrunk to $15.3 million, making a 14 percent decrease compared to the same month in 2014, according to the National Bank of Georgia.

“Many Greek skilled laborers have been pushed down in the labor market and forced to take service jobs,” observed Johnson. “More Georgians are being pushed out of the service industry, affecting their remittances.”

The second half of 2015 promises to be far harsher. On June 30, the Greek government imposed stringent fiscal requirements that limited ATM withdrawals to 60 euros and blocked money transfers abroad. “If my mother wanted to send us money, she wouldn’t be able to,” Otiashvili said.

Greece is not the only trouble spot for Georgian guest workers. Remittances overall to Georgia decreased by 22.7 percent over the past year. The lari has lost a quarter of its value against the dollar since November 2014 and GDP growth for 2015 is expected to be only 2 percent, half of initial forecasts. Wages are pinched, while retail prices for this import-dependent country appear to be increasing.

Many guest workers, including Otiashvili’s mother, are considering leaving Greece. But they are not especially eager to return to Georgia. “Many of these women are over 50 years old,” said Irina Guruli, a project manager at the EPRC. “They don’t have much chance of [well-paid] employment in Georgia.”

An influx of returning migrants is currently not expected, and reportedly has not begun. “The Georgian government does not have any plan yet concerning these people coming home,” said Teona Chanturia, a public relations specialist at the Office of the Minister of Georgia for Diaspora Issues. Officials from Georgia’s Ministry for Diaspora Issues are expected to travel to Greece in mid-July on a fact-finding visit.

Joseph Larsen is a freelance writer who acts as a consulting editor to the Office of the Public Defender of Georgia. 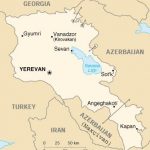 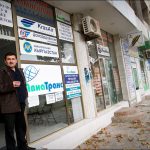