TBILISI, Georgia–The appointment of former Georgian president Mikheil Saakashvili as a Ukrainian presidential advisor was a mistake, a senior Georgian lawmaker said on Wednesday. Eka Beselia, a leader of the Georgian Dream coalition and head of the Human Rights Committee of the Georgian parliament, said that the Ukrainian authorities’ decision to appoint Saakashvili as chairman of the Board of Advisors for International Affairs under the President of Ukraine was a mistake. 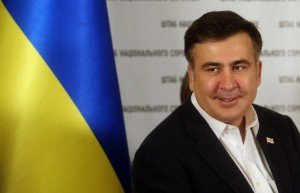 Mikheil Saakashvili, former president of Georgia who led the country to war with Russia, now an advisor to Ukraine president, photo by Sergei Fadeichev-TASS

“Georgia has an especially warm and friendly attitude to the Ukrainian people and Ukraine. I don’t know what reasonable advice Mikhail Saakashvili can give to this country’s president,” she said, commenting on the Ukrainian media reports about Saakashvili’s appointment.

Mikhail Saakashvili was president of Georgia from 2004 to 2013. In 2008, he led the country into a brief and disastrous war with Russia.

“Political tastes differ,” Georgian parliament’s vice speaker Zurab Abashidze said for his part. “If I were the Ukrainian president, I would not want to have Mikheil Saakashvili as an advisor.”

In December 2014, Prime Minister of Georgia Irakli Garibashvili said that in 2015 he would pay a visit to Kiev to discuss bilateral cooperation issues with Ukraine’s leadership. He also said then that in Kiev he wasn’t going to meet with the former Georgian officials – members of the current government of Ukraine. And in March last year, the Georgian prime minister advised “the current government of Ukraine not to listen to Saakashvili’s advice.” “Having in this crisis situation such an adventurer for an advisor is fraught with disastrous consequences for Ukraine,” he said. 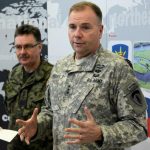 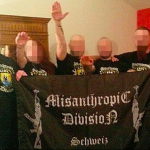