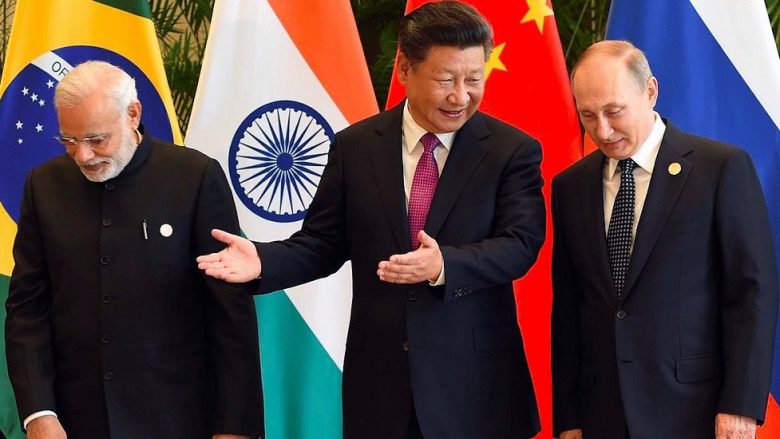 There have been changes in the economic and geopolitical balance of forces over the last 20 years in the world, with the strengthening of the position of emerging economies, mainly China-Russia-India and the relative weakening of imperialist countries, mainly the US and larger EU countries. The latter are reacting with increasing aggression in order to maintain their hegemony. The manifestation of their aggression is in the plans of  NATO to expand in a wider number of countries and weaken the geopolitical position of Russia, while the AUKUS alliance (Australia-UK-USA) aims at the geopolitical weakening of China.

There have been changes in the economic and geopolitical balance of forces over the last 20 years in the world, with the strengthening of the position of emerging economies, mainly China-Russia-India and the relative weakening of imperialist countries, mainly the US and larger EU countries. The latter are reacting with increasing aggression in order to maintain their hegemony. The manifestation of their aggression is in the plans of  NATO to expand in a wider number of countries and weaken the geopolitical position of Russia, while the AUKUS alliance (Australia-UK-USA) aims at the geopolitical weakening of China.

In particular, the US and NATO are not just seeking Ukraine’s accession to the Alliance, but also the accession of some other countries (e.g. Sweden and Finland), with a vision for a global NATO, according to British Foreign Secretary Liz Truss. Let us recall that the Western leaders, on the occasion of the talks for the unification of Germany (March 6, 1991), had explicitly pledged that …”not an inch of NATO expansion to the East”! However 13 new countries have already joined NATO until now!

At the same time, on the occasion of the war in Ukraine, the practice of economic sanctions – which the US and the EU applied selectively in countries that did not have governments of their choice (Cuba, Venezuela, Iran, etc.) – has taken the character of a generalized “economic war” against Russia. So Russia is forced to respond accordingly, with the result that vital trade and economic transactions are affected all over the world. Especially serious economic and social problems are created in EU countries and peoples, including Greece and of course Ukraine and Russia as well. At the same time, a “New Cold War” is manifested and the cultivation of a “Russia-phobic hysteria” by the mainstream media, which reaches the realm of civilization.

The economic sanctions against Russia, ultimately act as a “double-edged sword,” affecting not only the “victim-countries” but also the “sacrifice-countries.” In the energy sector in particular, although the justification of the embargo is the intervention in Ukraine, the real reason is to serve US economic and geopolitical interests, which do not always coincide with those of large or small countries in the EU. In essence, the so-called “energy independence” is deeply affecting the competitiveness of European economies. They are practically becoming US energy subordinates, imposing an “energy tax” on European consumers, with more expensive imports of liquefied natural gas (LNG) for the benefit of American companies.

At the same time, EU countries are losing “degrees of freedom” to the United States, which are strengthening their geopolitical position and weakening Russia economically. However, Russia is making up for the losses by attempting to increase exports to other countries (eg. China, India). At the same time, the United States is becoming the moral perpetrator of the misery of the Ukrainian people, in collaboration with the Zelensky clique and the far-right fascist groups.

In short, sanctions are turning into a “boomerang” for EU countries, especially Germany, and as Chinese Foreign Ministry spokesman, Wang Wenbin recently pointed out, “we hope the EU can see the truth and stop holding the devil’s candle”! Most worryingly, the United States and Britain are seeking to prolong the war in order to deplete Russia of animate and inanimate material, burdening EU countries with additional costs and with millions of Ukrainians’ refugees. Inevitably this situation will intensify frictions and antagonisms between the US and the EU, as well as within the EU, weakening its cohesion.

Similarly, Russia’s exclusion from the international interbank payment system “SWIFT” inevitably leads to major changes in the field of financial relations, with the de facto questioning of the hegemony of the dollar and euro and the creation of a new international system (anti-SWIFT) that will based on national currencies. The representatives of the “Eurasian Economic Union” (EAEU) and China have already announced (11.3.2022) the design of a new financial mechanism SWIFT for immediate implementation, which will intensify the “de-dollarization.” This will weaken the US government’s ability to exploit the dollar’s hegemonic position by covering international payments by printing new money, i.e. “dollar photocopies.”

We can’t go into details here about the contradictory effects of all forms of sanctions. We will only note that generally the economic sanctions as weapon of ‘massive economic disaster’ that are ineffective in solving geopolitical problems. At the same time, tendencies of fragmentation of the world economy and the refusal of the internationalization of economic relations (productive, commercial, financial, patents, etc.) are enhanced, even in the form of “neoliberal capitalist globalization,” in order to support the particular economic and geopolitical interests of USA and NATO imperialists. It is another form of manifestation, of the deepest contradiction of the capitalist system, between the purposes and the means!

New cycle of armaments spending and intensity of militarization

The escalation of geopolitical conflicts, and in particular the war in Ukraine, is a new source of intensifying militarism and a rapid increase in military spending, resulting in the destruction of infrastructure and production facilities and, above all, heavy losses of military personnel and civilians. NATO allies, and especially the US and Britain, instead of contributing to the search for a solution based on the mutual security of the countries, are leading the escalation of the conflict, increasing the cost of sending military equipment to Ukraine and disregarding the lives of Ukrainian citizens.

In fact, the US and Britain openly state that they seek the “military weakening” of Russia and are training Ukrainian soldiers in Germany in the use of new weapons, while encouraging Zelensky and his group to aggressive actions on Russian soil. In essence, the US-NATO is waging a “proxy” war against Russia and plans to fight… until the last Ukrainian! At the same time, they are stepping up their propaganda campaign against Russia, silencing their aggressive strategy, which even Pope Francis denounced, with the phrase, “NATO was ‘barking’ at Russia’s door”!

In the context of escalating hostilities, the United States has announced an emergency increase in military spending (special loan $ 40 billion, mainly for military purposes) of which involves modern military equipment to Ukraine. All NATO countries are doing the same, while Germany has announced a € 100 billion rearmament program for its armed forces. At the same time, the war in Ukraine is being used as an opportunity to intensify militarization and strengthen the “Military-Industrial Complex” (M/I-C), especially after the US defeat in Afghanistan, ignoring the serious, negative, social, economic, environmental and other consequences.

According to data from the SIPRI Institute in Stockholm, in 2021 all the countries of the world allocated over  $ 2.113 trillion for military expenditure, and the vast majority (over  $ 800 billion) came from the USA. The intensity of the armaments and the continuation of the war in Ukraine can benefit the US M/I-C and the war industries and may be temporary relieving the over-accumulation of capital, in order to stimulate production and increase its profit margin. However, it intensifies the parasitic use of resources (throwing wealth into the sea), the unequal distribution of income, the exploitation of workers, the social impasses and finally the endogenous contradictions of the capitalist system.

Search for a credible alternative

If we reject the notion that we are continuing the war and that it wants to emerge, then, we must use institutions and historical experiences to find out a viable solution to the conflict. The UN Charter is the starting point for peace talks, as well as the framework of the ‘Organization for Security and Co-operation in Europe’ (OSCE) and also the positive experience of Willy Brandt’s “Ostpolitik” which laid the foundations for peaceful coexistence in Europe as well as the Minsk agreements, etc. Ukraine’s neutrality would be the minimum step to pave the way for a sustainable solution, while the idea of ​​neutrality could be gradually adopted by other European countries, instead of neutral countries joining NATO (Sweden, Finland or Austria). In particular, the OSCE framework, signed by 57 countries in the Northern Hemisphere (including those involved in the Ukraine war) provides the ground for resolving the crisis. What Europe needs today is a framework of common security, not the intensity of militarism and the expansion of NATO, all the more so, because there is no Warsaw Pact, which in the past may have justified its existence.

On the other hand, if Ukraine needs something, it is not more weapons, but a change in the attitude of its leaders and an end to the destruction of its own people. In terms of symbolism, we consider important the refusal of railway workers in the Greek city of Alexandroupolis, to work for the transport of NATO tanks to Eastern Europe destined for Ukraine. Historical experience has shown that security and prosperity of peoples are not ensured, neither by high military spending nor by financial sanctions, but by peaceful coexistence and the development of equal and mutually beneficial cooperation. At the same time, they need to overthrow their neoliberal policies and pave the way for an advance society of eco-socialist perspectives. The people and the workers, the progressive organizations and the social networks, in all the countries and in Greece also, need to intervene more actively, not to pass the plans of the pro-war forces to serve the oligarchic interests of the ruling elite American-NATO imperialist and their subordinate allies, but to open the way for a promising future!

(*) Basic points of contribution, to the Online VI International Political Economy Congress: «ECONOMIC THEORIES OF THE XXI CENTURY: POTENTIAL FOR DEVELOPMENT AND SOLVING PRACTICAL PROBLEMS», within the framework of the Moscow Academic Economic Forum MAEF, 17-18/5/2022.

[This text has been lighted edited for clarity] 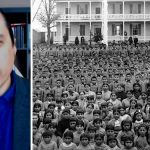 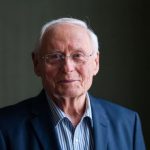