Ukraine is a vast – in European terms – multi-ethnic country. Situated on the line of the civilizational joint of Western and Russian civilizations, it produced a number of sub-ethnic groups and identities, concocted on the basis of admission or rejection of certain cultural and civilizational elements of the neighbouring nations. Before 1939, Ukrainians existed as ethnic minorities of the adjoining states and were often subjected to repressions on religious, ethnic and cultural grounds. The ultimate unification of the Ukrainian lands took place only in the composition of the Ukrainian SSR [in the early 1920s]. At that time, the self-appellation “Ukrainians” was not widely known.[1] This ethnonyme became well-known only in the Soviet period of the history of Ukraine. 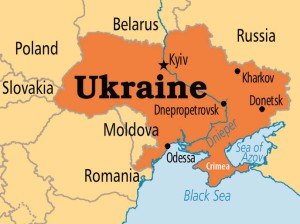 The territories in which Ukrainians constituted ethnic minorities were also included in the composition of Ukraine, particularly in the region of Donbas and the Crimean Peninsula. The emergence of Ukrainian statehood, which was formed on the basis of Soviet ideology and the principles of internationalism, equality and social justice, coincided with the process of unification of Ukraine. Thus, controversies between the ethnic groups and sub-ethnic groups were muted. Differences in lifestyles did not have great impact on the lookout of the Ukrainians. The concept of “brotherly nations” implying Russians, Byelorussians and Ukrainians had been developed in Soviet science. Domestic clashes of regional clans did occur, of course; nevertheless, they did not stem from the issue of nationaldentity.

Things changed after the breakdown of the USSR. Centrifugal tendencies caused a growth of Ukrainian nationalism.

The ideology of [post-1991] independent Ukraine was inherent to the western regions only, as well as for Kiev, the city taking its lead from global informational and political trends. In consequence of these processes, new lines of controversy between the regions appeared in Ukraine, as well as their classification as first-rate or second-rate.

Nationalism, staked against not so much ethnic minorities as against the bearers of the past ideology, became the ideology of the Ukrainian bureaucracy. Western regions, due to their nationalist and anti-Communist inclinations, were declared “cultural elite”, while the industrial regions, predominantly Russian and Russian-speaking, became second-rate citizens. Reforms aimed at granting the regions certain levels of independence could have deadened the conflict. However, the ideology of the establishment of the “new Ukrainian” hindered it by forcing a single-language-and-unified-identity system onto the population. Ukraine was presented with the example of unification by Bismarck’s Germany. The objections concerning the danger of repetition by Ukraine of certain stages the establishment of the Germany nation were not viewed seriously. 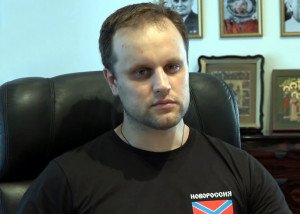 The Maidan movement in Kiev became the end result of a more than twenty-year process of emergence of citizens of a “new type”. Maidan Square was made into a giant vessel in which a prototype of the Überukrainian, having implemented the ideals of the unitarian project, was to be born. The inhabitants of Donbas and the Crimea found this uniform Ukrainian unacceptable. They viewed it as a means of extermination of their regional and ethnic identity. The Anti-fascist rebellion in Donbas was directed against this “Überukrainian” and not against Ukrainian people, their culture and statehood. As a consequence of this rebellion, a new Novorussian identity has been born.

Insurgency in Crimea and Donbas as a struggle for democratic rights

Transformation of the Soviet society in the post-Soviet [1990-91] time was carried out under the slogans of democracy and civil rights. Nevertheless, in reality, these processes had nothing in common either with people power or with a struggle for human rights. The problem was not only in the loss of fundamental civil rights, which the citizen was provided in the Soviet society—such as the right to labour, and social guarantees. In the post-Soviet society, the bearers of the “wrong ideology” continued to be persecuted, except the “right” and “wrong” ideologies changed places.

The global human rights movement has been displaying weird behaviour in the course of the recent events in Ukraine. Ukrainian and international human rights activists defended the right of the Maidan militants to attack riot police, use combustibles, capture administrative buildings and even equip torture rooms in them. All these actions – to the extent of capturing police stations and plundering arsenals – wad presented as peaceful protest. Every attempt of the authorities to administer force caused outrage of the human rights defenders and was viewed as a violation of civil rights. Yet, the forces that seized power in Kiev on that very day [February 21, 2014] obtained a carte blanche for all kinds of violence in the southeast of Ukraine. European and American politicians and mass-media that only a day before had been lamenting the use of force against those armed only with flash bang grenades and toy guns suddenly stopped noticing real war crimes – artillery shelling of schools, hospitals and residential areas of Donbas.

The human rights community has got a long history of ignoring the facts of violation of civil rights justified by statist practicality in Ukraine. It all started with the Language Law, by which the Ukrainian language was declared a single official language in a de-facto bilingual country. At thetime, the status of Ukrainian as the official language was merely nominal, as the Constitution of Ukraine and the Language Law guaranteed factual equality of the two languages. The Russian language alongside with Ukrainian should have been used in all spheres of life: in record keeping, education, media and in courts. Nevertheless the Law was ignored in practice. Ukrainian lawmakers with the obstinacy of a maniac cranked out anti-constitutional laws and acts aimed at the limitations of the Russian language sphere of usage, first of all in education and paperwork. This way Ukrainian authorities had forced out of the process of state management the representatives of the industrial regions and at the same time enforced the institute of inequality. The Russian language in Ukraine is the language of the medium class and the language of the workers from the suburbs of the big cities – that is, the language of the most competitive part of masses.

Meanwhile, Ukrainian human rights movement totally ignored the humanitarian and social aspects of the language problem, viewing the struggle of Russian-speaking population for their rights exclusively in the context of irredentism and separatism.* Russian irredentism in the Crimea and Donbas was the direct result of this policy. Actualization of the “Novorossiya project” was the response to the long-term discrimination. Notably, Donbas and Novorossiya as a whole remains a multiethnic region. We are absolutely aware of the presence in Novorossiya of a strong Ukrainian component and consider the protection of its rights one of the first-rate tasks in the process of establishment of the new state.

Social guidelines of the “Russian spring”

Donbas and greater Novorossiya are traditional working regions and their history is inseparably connected with the history of working class struggle for social equality and social justice. Their existence in independent Ukraine was fraught for industrial Novorossiya not only with discrimination on the grounds of language but predominantly with the threat of collapse of the social state. It was Donbas that became the center of protest activity in reaction to the establishment and consolidation of the institutes of social injustice in post-Soviet Ukraine at the early stages of Ukrainian independence. Rejection of a socialist economic model led to a real catastrophe for the region, as decline and closure of unprofitable enterprises, plundering and selling for scrap of plants, factories and mines had been unprecedented. This lowered the life standards of the population to the level of those dating back to the predatory capitalism of the 19th century.

As a result, the criminal oligarchic model that formed in Donbas created strong political clans. These clans in the process of their struggle for influence in Kiev acquired a habit of using the people of Donbas as a cover, to speak on their behalf. Local elites intimidated the population of the region by the growth of nationalism in Kiev, presenting themselves as protectors of the people’s interests. Nevertheless, as the events of the last year have shown, oligarchs and politicians from Donetsk failed their electorate. They betrayed their people for the sake of retaining a part of their assets, having surrendered power to radical nationalists without resistance. Consequently, the miners, metal workers and the unemployed of Donetsk had to defend their rights and freedoms themselves with arms in their hands.

The managerial class demonstrated its inability to defend the people’s interests. Thus, the return of this class to Donbas alongside with the return of the old way of life is senseless, in our opinion. Donbas has acquired a unique chance of establishment of a state of a new type – the state based on the principles of social justice and equality.

Pavel Gubarev is a contributor to Novorossiya Today under the rubric ‘Russian spring: the struggle for democratic rights and social justice’. His brief article analyzing the Minsk-2 ceasefire accord of Feb. 11/12, 2015 is here. He is a leader of a political movement in Donbas called ‘Novorossiya’. Like the Donetsk Communist Party, it was denied the right to register and run in the legislative election in the Donetsk Peoples Republic on Nov. 2, 2014.


* Note by New Cold War.org editor:
For a brief history of language policy in Ukraine since independence in 1991, see this seven-page paper by Corinne Seals, published in 2009: From Russification to Ukrainisation: A survey of language politics in Ukraine.

[1] The author Pavel Gubarev says the appellation ‘Ukrainian’ was not widely used or known before the 1920’s, but many historians would challenge this assertion and argue that the term dates back into the 19th century. They would also argue that the widely-used term ‘Malorussians’ in the 19th century is equivalent to recognizing a Ukrainian nationality in formation. For many people during the 19th and early 20th centuries, Russians, Belorussians, Malorussians (Ukrainians) and Rusins (in the Carpathia region) in that part of Europe were considered to be branches of a common nationality. The precise date at which these branches emerged as distinct nations and nationalities are not easily determined and are the subject of intense, ongoing, historical debate. The lines of division have always been blurred and they shift with time and with new interpretations that arise. 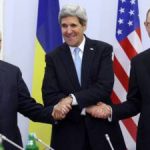 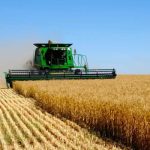