WASHINGTON, D.C. — Despite signs last year that Ukraine’s then-new president was starting to rebuild Ukrainians’ trust in their leadership, President Petro Poroshenko is now less popular than his predecessor Viktor Yanukovych was before he was ousted. After more than a year in office, 17% of Ukrainians approve of the job that Poroshenko is doing. This approval rating is down sharply from 47% a few months after his election in May 2014.

Poroshenko’s low approval rating largely reflects Ukrainians’ disenchantment with their leadership, which many feel has failed to deliver on what protesters demanded when they took to the streets two years ago. Since the Maidan revolution, Ukraine’s economy has been in shambles, the Crimea region joined Russia and fighting between Ukrainian forces and pro-Russian separatists in the country’s East has claimed more than 9,000 lives.

Although fighting between Ukrainian government forces and pro-Russian separatists has decreased recently, Gallup’s interviews in Ukraine this year took place in July and August, as renewed fighting threatened the shaky truce. Gallup’s polls excluded the Donetsk and Luhansk territories, where security continues to be an issue. The excluded areas account for approximately 2% of Ukraine’s adult population. Poroshenko is not popular in any region of Ukraine. He has the fewest fans in the country’s Russian-leaning South and East, where one in 10 or fewer approve of the job he is doing. However, Poroshenko notably also has fewer admirers in the West and South and East than Yanukovych did before the revolution. In the Central and North regions (which include Kiev), roughly as many Ukrainians approve of Poroshenko now (21%) as approved of Yanukovych (20%) in 2013. 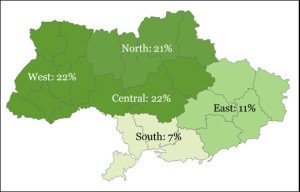 As low as Poroshenko’s approval rating is, fewer Ukrainians have faith in their national government, which many have criticized for its slow pace of reform. Ukrainians’ trust in their national government arguably did not have much room to fall, but the 8% who express confidence in their government is only one-third of what it was in 2014 (24%). It is also one of the lowest trust levels Gallup has recorded in Ukraine since 2006. Some of this distrust stems from Ukrainians perceiving little progress in what U.S. Vice President Joe Biden referred to as the country’s “historic battle against corruption” during his visit there earlier this month. Although the government has taken some steps to curb corruption, nearly nine in 10 Ukrainians (88%) say corruption is widespread in their government, and about eight in 10 (81%) see the same widespread problem in their country’s businesses. Just 5% of Ukrainians say their government is doing enough to fight it — similar to the 6% who said this in 2013 before the revolution.

Deep divisions among lawmakers in Ukraine’s parliament erupted into a brawl on Dec. 11 — raising questions about whether the fragile coalition government could fall. While a no-confidence vote in Ukraine’s government has been tabled for now, many once-hopeful Ukrainians have already lost their confidence in their leadership, and this incident likely eroded it even further. For many Ukrainians, this may seem like an all too familiar situation — Yanukovych too had high leadership approval at the start of his presidency, only to see it fall when he did not live up to expectations.

Results are based on face-to-face interviews with 1,000 adults, aged 15 and older, conducted in July and August 2015 in Ukraine. For results based on the total sample of national adults, the margin of sampling error is ±3.8 percentage points at the 95% confidence level. All reported margins of sampling error include computed design effects for weighting.

Gallup’s polls in Ukraine in 2015 excluded the Crimea region, which is currently considered occupied territory, and areas of the Donetsk and Luhansk oblasts where security was an issue. The excluded areas account for approximately 2% of Ukraine’s adult population.

Gallup’s polls in Ukraine in 2015 excluded the Crimea region, which is currently considered occupied territory, and areas of the Donetsk and Luhansk oblasts where security was an issue. The excluded areas account for approximately 2% of Ukraine’s adult population.[1] For more complete methodology and specific survey dates, please review Gallup’s Country Data Set details. Learn more about how the Gallup World Poll works.

Note by New Cold War.org:
[1] Prior to the civil war launched in eastern Ukraine and threatened against Crimea by the new, right-wing coup government in Kyiv in March-April 2014, the population of Crimea and of the Donetsk and Lugansk oblasts (Donbass region) of Ukraine was the following:
Donetsk: 4.43 million (the most populated oblast of Ukraine)
Lugansk: 2.26 million
Crimea: 2.2 million 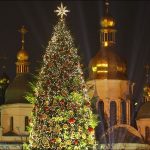 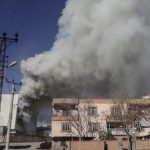