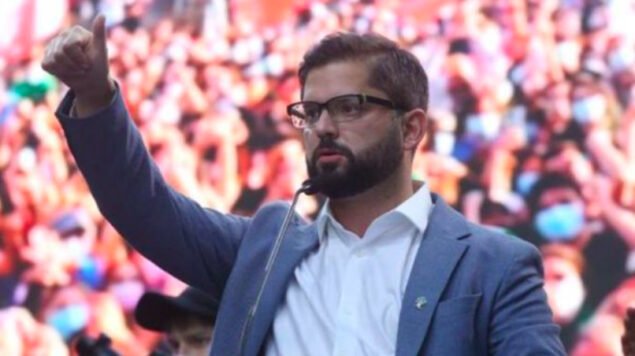 The president-elect of Chile, Gabriel Boric, thanked the people this Sunday, December 19, for their support in the second round of the presidential elections, in which he defeated the extreme right-wing Pinochet-admirer José Antonio Kast, becoming the new president of Chile for the 2022-2026 term.

“Today, hope won against the campaigns of fear,” the Chilean president-elect asserted.

The president-elect of Chile, Gabriel Boric, thanked the people this Sunday, December 19, for their support in the second round of the presidential elections, in which he defeated the extreme right-wing Pinochet-admirer José Antonio Kast, becoming the new president of Chile for the 2022-2026 term.

The results put center-left Boric with an easy victory, giving him more that 10 points advantage over Kast. The right wing candidate conceded his defeat promptly with a direct phone call to Boric, congratulating his win.

“The future of Chile needs us all and I hope that we have the maturity to listen to your ideas,” said the new president-elect, referring to the profound inequalities after 30 years of neoliberal rule in the country. “We have to know how to build bridges so that our compatriots can live better… The times that come will not be easy; we have to face the social, economic and health consequences.”

Boric also recalled that the victory is the result of the popular struggles of various sectors over the previous years. “I feel like heir to a historical trajectory, who from different positions have sought justice, the defense of human rights and freedoms. I will be the president of all the Chileans,” he emphasized.

“I want to tell you that the commitment should not be exhausted after the election, it should be strengthened during our government,” added Boric. “I thank the people who could vote despite the lack of public transport. Congratulations to the independents and social movements who have been fighting for a different Chile for years.”

Challenges
President-elect Boric highlighted the importance of vindicating the rights of the vulnerable sectors as well as the defense of the environment and the Constituent Convention, the latter having the participation of various ethnic groups.

“My commitment is to take care of democracy every day, a substantive democracy, where neighborhoods and social organizations have a leading role, because without the people, there is no democracy,” said Boric in his speech. “The demands for justice and dignity are still present; we will advance them in slow but firm steps.”

“Respect for human rights is always an unwavering commitment,” the president-elected highlighted. “We can never have a president who declares war on their own people. To the victims of human rights we say: We will not tire in seeking truth, justice, reparation and no repetition.”

At the same time, the elected president recalled that the climate crisis will be of primary importance in his policies to guarantee the development of Chileans. “The climate crisis is not an invention,” he continued, “it impacts the lives of future generations. We do not want more areas sacrificed and projects that destroy our Chile.”

“We cannot be indifferent when we see our peasants without water,” Boric asserted. “In our government, a development that is compatible with the environment will be a priority. The AFPs [the privatized Chilean pension scheme] that earn absurd figures at the expense of the population is part of the problem. We are going to defend a public, autonomous, non-profit [pension] system, without the AFP.”

It is yet to be seen what his approach towards Cuba, Nicaragua or Venezuela will be, countries that he has criticized many times already, repeating the same White House and European Union narrative against socialist projects in Latin America. Many analysts do not foreses a major change in Chile’s foreign policy. However, for most people in the left, this is a victory of the leftist tendencies that are clearly gaining momentum again in Latin America, despite all the anti-communist propaganda launched by mainstream media, US financed NGOs and think tanks and extreme-right politicians. 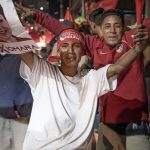 Honduras Said Enough and Opened its Doors to New HopeHonduras, Latin America and the Caribbean 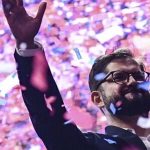 Gabriel Boric: A pivotal victory in ChileChile, Latin America and the Caribbean