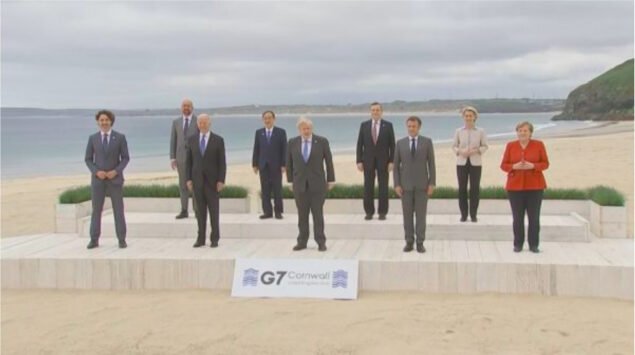 In 1910, nine European sovereigns posed for a final “family photo” before the Great War. They’d gathered for the funeral of King Edward VII, appropriately enough. Within ten years, the majority had lost power via abdication, assassination, revolution, or death.

In 1910, nine European sovereigns posed for a final “family photo” before the Great War. They’d gathered for the funeral of King Edward VII, appropriately enough. Within ten years, the majority had lost power via abdication, assassination, revolution, or death. 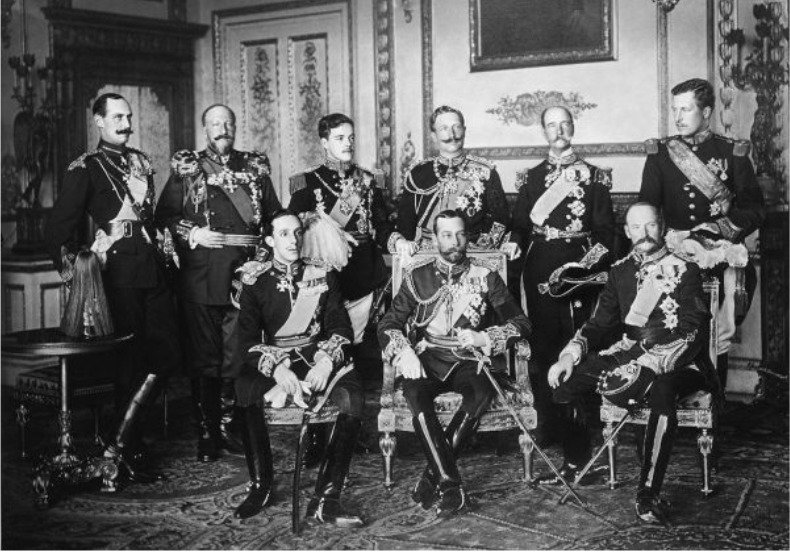 The image came to mind after seeing this week’s photo of the current masters of the international order who gathered in Cornwall for the G7 summit.

I couldn’t help but think…

This feels like the last set-piece of a dying order. pic.twitter.com/SQlNfIfb4k

Another group of aloof leaders stubbornly out of touch with the people they’re supposed to represent. Politicians who condemn authoritarians while offering them sweetheart deals behind the scenes. Mouthing words of unity while aggressively pursuing their self-interest. Leaders who gripe about the rabble who lost trust in them but find it beneath them to earn it back.

Unaware how to move forward, they mindlessly repeat the dead rituals from a former age.

Every poll demonstrates that people have lost faith in their elite institutions; not so obvious is what will take their place. In his prescient book The Revolt of the Public, Martin Gurri analyzes the moment:

The immediate target of revolt is an elite class that has failed persistently, on its own terms. The elites once were wrapped in the mantle of authority and delivered grandiose national projects, but now the public knows them too well, and they can only mutter and stammer, demoralized. They loathe the public for their humiliation. Politicians have lost faith in the idea of service, or the common interest, or the promotion of some universal cause or ideology: they exist, in office, merely to survive, or more accurately to be seen surviving, to suck up the attention of mass and social media. It has come to pass that presidents are chosen from the casts of reality TV shows. Political actors more and more resemble the real actors in Hollywood, whose company they keep and whose perverse predilections they seem to share.

Staged photo ops and elbow bumps only reinforce the sense that our “meritocratic” post-WW2 order is as fragile as the aristocratic courts of 1910 Europe. The difference today is that the elites have already lost faith in themselves. Instead of forging a new future, they lock the serfs in their homes and ridicule anyone who dares oppose them.

Increasingly, the proles’ reaction to this mockery is a shrug. Indifference terrifies the institutions even more than opposition and spurs them to greater fantasies of control. We need a Great Reset, a Global Minimum Tax, and smartphone passports to prove your vaccination status (and shares other metadata you don’t need to worry about). The proles laugh harder.

Pantomimes like this week’s G7 Summit reveal an enervated order that doesn’t wield power so much as it clings to it. The danger ahead is that, as Gurri writes, “You can condemn politicians only for so long before you must reject the legitimacy of the system that produced them.”

Everyone senses a change coming and pray it’s nothing like what swept away the world of 1910.