Despite the quickening decline of the “West,” the US and its junior partners in imperialism are determined to hold humanity hostage to terminal capitalist greed and violence.

Despite the quickening decline of the “West,” the US and its junior partners in imperialism are determined to hold humanity hostage to terminal capitalist greed and violence.

“Biden labels himself an ‘Atlanticist’ — shorthand for a white supremacist.”

The world is shocked by the image of an eleven-story residential building in Gaza collapsing from a bomb dropped by the Israeli Defense Force, one of the most advanced armies in the world thanks to U.S. support. But in the U.S., Andrew Yang, former presidential candidate and now candidate for mayor of New York, proudly proclaims that he stands with the heroic people of Israel who are under attack from the vicious, occupied Palestinians who have no army, no rights, and no state.

But as politically and morally contradictory as Yang’s sentiments might appear to be for many, the alternative world of Western liberalism has a different standard. In that world, liberals claim that all are equal with inalienable rights, but in practice some lives are more equal and more valuable than others.

In the liberal world, Trump is condemned for attempting to reject the results of the election and indicating that he might not leave office at the end of his term. But as soon as Biden occupies the White House, one of his first foreign policy decisions is to give the U.S.-imposed Haitian president, Jovenel Moise, a green light to ignore the demands of the Haitian people and the end of his term in February and remain in office.

“In the alternative world of Western liberalism, some lives are more equal and more valuable than others.”

In the liberal world, the U.S. that has backed every vicious right-wing dictator in the world since the Second World War, orchestrates coups, murders foreign leaders, attacks nations fighting for independence in places like Vietnam, trains torturers, brandishes nuclear bombs, has the longest held political prisoners on the planet, is number one in global arms sales, imprisons more people than any other nation in the world, has supported apartheid South Africa and is supporting apartheid Israel – while championing human rights!

In the liberal world, the U.S. can openly train, fund and back opposition parties and even determine who the leader of a nation should be, but react with moral outrage when supposedly Russian-connected entities buy a hundred thousand dollars’ worth of Face-Book ads commenting on “internal” political subjects related to the 2016 election.

In the liberal world, Democrats build on racist anti-China sentiments and the identification of China as a national threat, and then pretend they had nothing to do with the wave of anti-Asia racism and violence.

In the liberal world, liberals are morally superior and defend Black life as long as those lives are not in Haiti, Libya, Colombia, Venezuela, Brazil, all of Africa, and in the jails and prisons of the U.S.

In the liberal world, you can with a straight fact condemn the retaliatory rockets from Gaza, the burning of a police station in Minneapolis, attacks on property owned by corporations in oppressed and exploited communities, on school children fighting back against police in Baltimore, and on North Koreans arming themselves against a crazed, violent state that has already demonstrated, as it did with Libya, what it would do to a state that disarmed in the face of U.S. and European aggression.

“Liberals defend Black life as long as those lives are not in Haiti, Libya, Colombia, Venezuela, Brazil, all of Africa, and in the jails and prisons of the U.S.”

And in the liberal world, Netanyahu is a democrat, the Palestinians are aggressors, and Black workers did not die unnecessarily because the U.S. dismantled its already underdeveloped public health system.

What all of this is teaching the colonized world, together with the death and violence in Colombia, Haiti, Palestine and throughout the colonized world, is that even though we know the Pan-European project is moribund, the colonial/capitalist West is prepared to sacrifice everything and everyone in order to maintain its global dominance, even if it means destroying the planet and everyone on it.

That is why Biden labels himself an “Atlanticist” — shorthand for a white supremacist. His task is to convince the European allies that it is far better to work together than to allow themselves to be divided against the “barbarians” inside and at the doors of Europe and the U.S.

The managers of the colonial/capitalist world understand the terms of struggle, and so should we. It must be clear to us that for the survival of collective humanity and the planet we cannot allow uncontested power to remain in the hands of the global 1%. The painful truth for some is that if global humanity is to live, the Pan-European white supremacist colonial/capitalist project must die.

Go to the Black Alliance for Peace website, HERE . 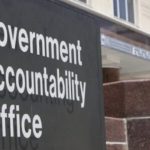 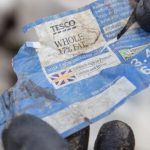