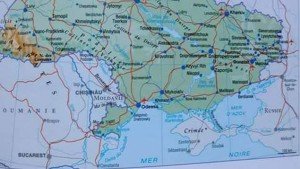 Two renowned publishing houses have found themselves at the heart of a media storm for featuring maps showing the Black Sea peninsula of Crimea as belonging to Russia.

Pro-Ukrainian news website Euromaidan Press on Monday organized a so-called Twitter storm against the Oxford University Press (OUP) and Larousse publishing houses, calling upon people to use the hashtag #CrimeaIsUkraine to force the publishers to issue “a loud public apology” for their “fatal mistake” and retract all unsold copies of the books.

The hashtag had gathered over 2,800 tweets by Monday afternoon, statistics from the Topsy social media monitoring tool showed.

The United Nations General Assembly in March last year adopted a resolution describing a referendum held in Crimea as invalid and Russia’s subsequent annexation of the peninsula from Ukraine as illegal. But both Britain’s OUP and France’s Larousse have recently published maps showing Crimea as falling outside Ukraine’s borders. The publications elicited outrage from Ukrainian diplomats in the two countries last week. 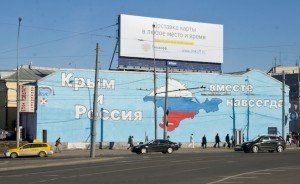 “Crimea was brutally annexed with Russian boots on the ground,” the Ukrainian Embassy in London said in a letter to OUP which it shared on its Twitter page last week.

The letter accused the publisher of misleading students in its fourth edition geography textbook “geog.3,” meant for children aged 11 to 14, by describing Crimea as a Russian exclave, on par with Kaliningrad. “Crimea is neither Russian nor [an] exclave,” the ambassador’s letter read, adding the publisher should correct the text in order to save itself from falling into “disrepute.”

Ukrainian Ambassador to France Oleh Shamshur on the same day voiced his outrage in a public letter to the Larousse publishing house saying he had been “profoundly shocked” by the publication of a map of Russia in its “Socio-Economic Atlas 2016.”

“Despite an asterisk stipulating that Crimea was ‘unified’ (not even ‘annexed’) by Russia, this representation by Larousse gives legitimacy to Russia’s flagrant violation of international law,” a copy of the letter on the embassy’s website said.

“This type of false information works in favor of Russian propaganda, which is trying to exonerate Russia’s aggression against Ukraine,” he added.

In a public statement on its website, OUP — the largest university press in the world — said on Saturday that it recognized that “some of our customers feel we have not explained the complex situation in Crimea sufficiently,” adding it would add more information to the section, including the stance of the United Nations, before any more copies are sold. [Full text of OUP statement below.]

OUP head of communications Dan Selinger told The Moscow Times in written comments on Monday that the map showing Crimea as part of Russia did “not reflect any kind of wider policy on this issue.”

Selinger added that OUP did not have a universal guideline for how it depicted regions in its geographical textbooks and instead incorporated “research from a wide range of sources” depending on the individual book.

A request for comment from the Larousse publishing house went unanswered Monday, but the publisher told news agency AFP earlier that it did “not wish to be drawn into this controversy.”

Larousse seemed to have corrected its online version of the atlas Monday, with a map of Ukraine showing Crimea as belonging to that country, Ukrainian media reported.

This is not the first time Crimea’s status has led to controversy. In October last year FIFA, world football’s governing body, was forced to apologize to Ukraine after it showed Crimea as a part of Russia during a Moscow presentation of its logo for the upcoming World Cup.

All of our atlases and geographical resources are developed through detailed research into the political, social, and economic situation at the time of publication. The exact information that is included on a topic in any particular publication takes account of the level of the students, the learning objective, and it uses language that will engage learners.

geog.3 is a textbook for students aged 11 to 14 studying Geography. In this instance we recognize that some of our customers feel we have not explained the complex situation in the Crimea sufficiently. As a result, we will be adding further detail into this section of the textbook, including the United Nations position on the matter. This will be effected immediately and before any further copies are sold.

We continuously review all of our materials to reflect changes in circumstances and feedback from various sources and would like to thank our customers for bringing this to our attention. 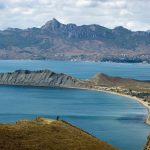 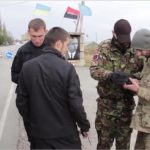 Western media sees nothing, but food blockade against Crimea is real and ongoingCrimea, Feature Articles