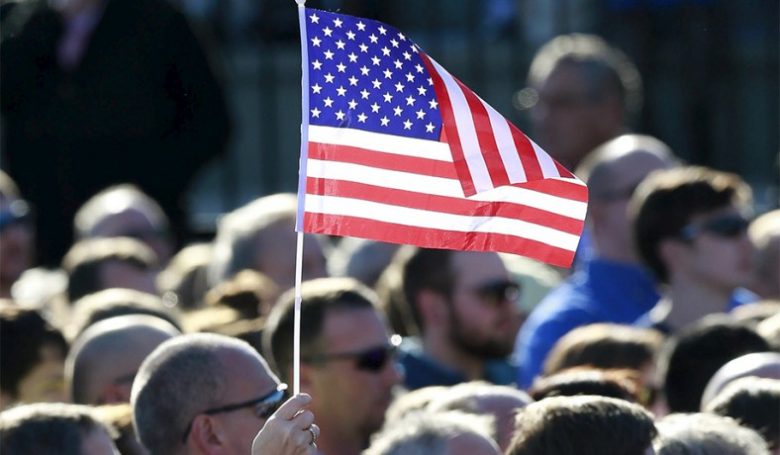 The 14th Amendment of the US Constitution guarantees citizenship to all persons born in the United States but birthright citizenship has been under constant attack by white nationalists and for years there have been calls to end it.

If white nationalists are allowed to abolish birthright citizenship, they will immediately move to de-Americanize as many Blacks as possible, for criminal convictions or poverty.

If birthright citizenship were to disappear, black people would be victims along with the immigrant babies who are disparaged so badly.”

The 14th Amendment of the Constitution guarantees citizenship to all persons born in the United States. This Reconstruction era legislation was passed in 1868 and subsequent court cases established that the rule applies to all, regardless of parents’ birthplace or their legal status as residents.

Birthright citizenship has been under constant attack and for years there have been calls to end it. The hot button issues of undocumented people having citizen children or birth tourism by wealthy foreigners cause endless feelings of resentment. Those feelings are misguided but understandable when coming from black Americans. The most vulnerable group is often marginalized by new arrivals, even sometimes by black immigrants from other nations.

Yet the irony is that there is no other group more in need of birth right citizenship protection. Donald Trump’s latest gambit to end it brings out the red meat loving MAGA crowd.Despite his claims, a president cannot change any constitutional provision by executive order. Congress would have to approve by a super majority of 2/3 votes in both houses followed by 3/4 of the state legislatures. Trump is again guilty of spreading ignorance and misinformation but that isn’t the worst aspect of this issue. Now there is very deep and dangerous confusion among black people that didn’t exist before.

If birthright were no longer the determining factor in citizenship status it could be changed or even disappeared altogether.”

If birthright citizenship were to disappear, black people would be victims along with the immigrant babies who are disparaged so badly. Children born to undocumented parents would be the first target but black people would follow close behind. If birthright were no longer the determining factor in citizenship status it could be changed or even disappeared altogether.

Black Americans would be subject to racist whim as in the Dominican Republican, where thousands of Haitian descended persons had their citizenship rights moved with the stroke of a pen. Other countries that had birthright citizenship ended it when the tipping point of brown people became too much. European nations such as the United Kingdom, France and Ireland all ended birthright citizenship when they felt threatened by the presence of newborn brown and black children.

White Americans know that black people aren’t going anywhere. But the presence of an unprotected class of some 30 million people is a fantasy they have long desired. If birth didn’t determine citizenship, any criteria could be used to take it away. Criminal conviction might end citizenship rights. Poverty could be the determining factor or anything that white nationalists wanted to propose.

In the Dominican Republican, where thousands of Haitian descended persons had their citizenship rights moved with the stroke of a pen.”

But the result of miseducation and misguided thinking has brought about the unthinkable. Right wing talking points are absorbed by everyone if repeated long enough and racist terms like anchor babies and chain migration are now uttered by some black people too. There are people willing to risk their own rights because they are angry about birth tourist Chinese and Russians or the undocumented having citizen children.

The right wing is aware of this new dynamic and some propose ending birthright citizenship while carving out protections for descendants of enslaved Americans. They may be evil but they are not stupid. They know that those words are magic to the ears of millions of people who watch as what is left of their economic security disappears. Immigrant blaming has become a default position in a country whose people are rarely offered any beneficial systemic change.

This retrograde foolishness is a factor because of political failure. Like all fascistic doctrine it thrives when basic needs and human rights are attacked by powerful interests. The increasing rightwing nature of American politics impacts every group, even the one least likely to support conservative doctrines. In any case black citizenship rights are always tenuous. In every outcome we lead in the bad and trail behind in the good. We are the most likely to be discriminated against in the work place or to be killed by the police. Our very communities are taken away in the gentrification onslaught and we are physically displaced. But these attacks make it even more crucial that our rightsbe left untouched.

We should be under no illusions that Trump lovers would confine their hostility to babies. We have seen this movie before and we know the ending. The Reconstruction era itself was a brief moment that was savagely put down by white segregationists. Their rule lasted for nearly 100 years before the liberation movement of the 1960s and 1970s ended it.

There is no reason to believe that changes to birthright citizenship would result in anything positive for black people.”

But that progress was also short lived. The Voting Rights Act is now null and void and the segregationists are back in the driver’s seat. The end of Jim Crow brought about mass incarceration as a replacement mechanism for subjugating the black population. There is no reason to believe that changes to birthright citizenship would result in anything positive for black people.

Instead of saying that Donald Trump is the broken clock that is right occasionally we should be working on an effective political movement. All Americans are moving backward in the endlessly rightward political lurch. Americans are overcome by debt peonage with no guarantee of living wage employment, housing, or health care. The energy used to defend Trump and the Koch brothers on this one point would be better spent on a much needed political movement for this century.

But that requires struggle and hard work. We will even have to struggle with one another as the system circles the drain. One thing is for certain. Black people will suffer the most if the doctrine of birthright citizenship is changed in any way.