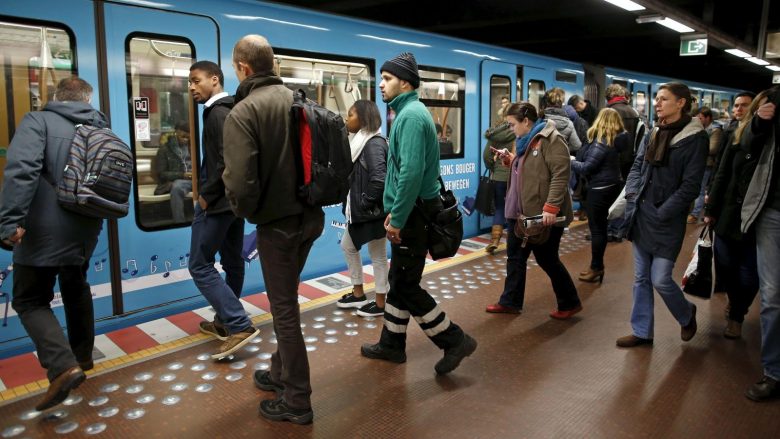 Imagine the crowds if it were free…
Photo: Reuters – Benoit Tessier

A new venture for the NCW editorial team: we will be looking at new social models for sustainable living, the sharing economy and saving the planet. This article considers the case for free public transit.

How do you encourage people to take public transit more? One option is to make it free.

That’s what the city of Dunkirk, France, did in September when it made buses free and accessible to all passengers, even visitors. With a population of roughly 200,000, Dunkirk is the largest city in Europe to offer free public transit, the Guardian reported.

Dunkirk’s system was inspired by Tallinn, Estonia, the first European capital to provide fare-free service on buses, trams, and trolleys to registered residents. Locals pay €2 for a “green card” that gives them unlimited free trips. The program started in 2013 and, as of 2016, Tallinn claimed it was turning a €20 million-a-year profit.

Free public transit, once impossibly radical, is gaining popularity. Dunkirk joins roughly two dozen French cities that have gone fare free. Aubagne, for example, made transit free on 11 bus routes serving 100,000 residents in 2009. Over the next three years, bus ridership rose 142% and car trips decreased 10%, according to a 2013 article in Metropolitiques. In Châteauroux, eliminating fares in the early 2000s revitalized the town’s ailing transit system and catapulted its mayor to immense popularity.

Earlier this year, five German cities said they would try free public transit, though they’ve since decided to dramatically reduce fares rather than waive them entirely.

One month in, Dunkirk mayor Patrice Vergriete told the Guardian the project is a huge success, with ridership up 50-85% on certain routes and the city expanding its bus fleet to 140 from 100 vehicles. Vergriete said fares previously raised only 10% (€47 million) of the system’s annual operating costs, a difference the city has made up by raising the versement transport, a public transport tax on companies with more than 11 employees.

“You can’t put a price on mobility and social justice,” he said.

An earlier version of this post appeared in Oversharing, a newsletter about the sharing economy. Sign up for it here.