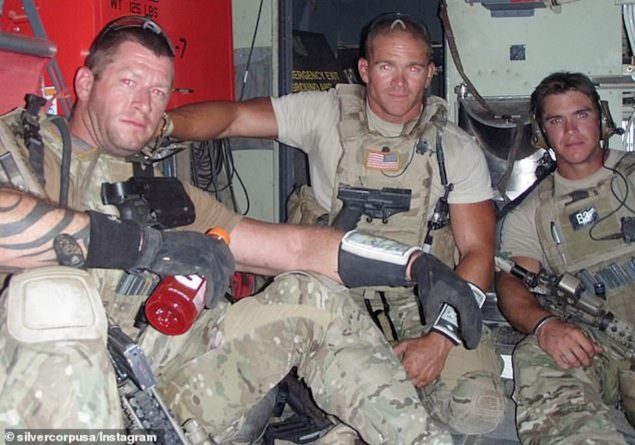 AP has reported that the Venezuelan opposition and Colombian authorities were aware of the plan to invade Venezuela.

According to the Associated Press, ex-green beret Jordan Goudreau, 43, was responsible for training a contingent of 300 Venezuelan army deserters in Colombia, who were to penetrate Venezuela in a heavily armed caravan and seize the capital of Caracas within 96 hours.

The decorated veteran of the US wars in Iraq and Afghanistan reportedly began his involvement with Venezuela in February 2019. At the time, Goudreau’s firm, Silvercorp, provided security at a concert organized in the Colombian border city of Cucuta, which was part of a US-backed opposition effort to force “humanitarian aid” into Venezuela.

Last May, in the wake of a failed opposition military putsch, Goudreau met with US President Donald Trump’s personal bodyguard, Keith Schiller, as well as Lester Toledo, a senior representative of Venezuelan self-proclaimed “Interim President” Juan Guaido, in Miami.

Toledo subsequently introduced Goudreau to a retired Venezuelan major general, Cliver Alcala during a meeting in Bogota. Both Toledo and Schiller are said to have ended all contact with Goudreau after their respective meetings with him.

The former commander of Venezuela’s Guyana integral defense region who broke with the Maduro government in 2016, Alcala headed three training camps for low-ranking Venezuelan soldiers who had deserted during the February 2019 “humanitarian aid” operation. Among the recruits in the camps was a former Venezuelan National Guard soldier alleged to have been involved in the August 2018 drone assassination attempt against Maduro.

AP cited sources claiming that conditions in the camps were poor and that Goudreau failed to deliver on his promise to deliver the requisite weapons and financing.

Sources alleged that the plot’s main financier was Roen Kraft, a descendent of the billionaire Kraft family, who has denied the accusation.

The military expedition first entered the media limelight when an arms shipment was seized by Colombian authorities in early March. AP reports that the caché contained newly purchased arms and tactical equipment valued at US $150,000.

Following the seizure, the Venezuelan government publicly accused Alcala of plotting a “military incursion into Venezuela.” The next day, on March 26, Alcala was indicted by the US Department of Justice on “narco-terrorism” charges alongside a host of current and former high-ranking officials, including President Nicolas Maduro.

Alcala promptly denied the charges, though he confirmed that the intercepted weapons were destined for the caravan, claiming that the operation had been coordinated with Guaido and “US advisors.” The retired general later turned himself over to Colombian authorities despite there being no order for his extradition and is currently in US custody in New York.

The AP report contained repeated denials that Washington “sponsored Goudreau’s actions nor that Trump has authorized covert operations against Maduro.”

However, AP confirmed that both Colombia and Venezuelan opposition leaders were aware of Goudreau and Alcala’s activities. The report did not indicate whether US authorities had knowledge of the plot.

For his part, Alcala has claimed that he signed a “contract” with his “American advisors” and Miami-based Guaido advisor J.J. Rendon, accusing the self-proclaimed “interim president” of betraying the agreement.

However, the former general has yet to produce the document, nor has Goudreau, despite AP having “repeatedly” asked him for a copy.

Rendon, who has been previously accused of working with far-right former Colombian President Alvaro Uribe and USAID to foment deadly street violence in Venezuela, has denied the existence of a contract. “Rendon said his work for Guaidó is confidential and he would be required to deny any contract, whether or not it exists,” AP reported.

The planned incursion was not the first time Alcala attempted an invasion of his homeland. According to Bloomberg, the ex-military official was planning to lead a heavily armed force of 200 men to “clear the way” for the opposition’s convoy of USAID-supplied “humanitarian aid” on February 23, 2019. Bogota reportedly vetoed the plan at the last minute out of fear of spiraling violence.

AP made no reference to Bloomberg’s reporting of Alcala’s previous anti-government activities.

With additional reporting by Ricardo Vaz from Mérida.