DONETSK–In an office just off Lenin Square in Donetsk, a small group of journalists is plotting the launch of a new television channel, to be based in the self-proclaimed Donetsk People’s Republic.

In the polarised media climate around the conflict in east Ukraine, it is no surprise that a new channel is being set up in the Russia-backed statelet. More surprising is the journalist leading it: Andrei Babitsky, who for years was accused by many in Russia of being a traitor to his country. 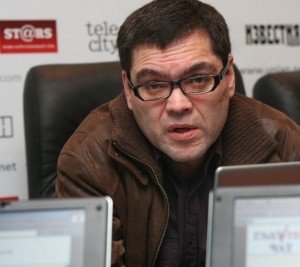 Babitsky was drawn to Donetsk, he said, because he feels a deep sense of injustice about how the conflict in east Ukraine has been covered in the west. He was fired last year by his long-standing employer, Radio Free Europe/Radio Liberty, he claims because of his reporting on Ukraine.

“I think the situation has changed a lot since the conflict sprung up between Russia and the west. And to a significant extent, Radio Liberty, which for a long time was a journalistic organisation, has become a propaganda instrument,” Babitsky claimed in an interview in Donetsk recently.

Babitsky acquired fame for his extraordinary and fearless reporting from Chechnya during the two wars fought by Russia to regain control of the republic. His reports for Radio Liberty were seen as deeply sympathetic to the Chechen cause. In early 2000, during the first months of Vladimir Putin’s presidency, Babitsky was kidnapped by Russian forces and disappeared for many weeks. When he was finally released, he left Russia.

“My face was too recognisable, my reputation was difficult, it became impossible to work as a journalist in Russia,” he said. He settled in Prague, where he continued to work for RFE/RL. In 2005 he returned to Chechnya to interview insurgency leader Shamil Basayev, who was in hiding in the mountains and had claimed responsibility for terrorist attacks including the Beslan school siege, for US television network ABC. Russian authorities were furious and banned the channel from operating in the country.

“After the Basayev interview, every time I entered Russia for two or three years there were problems: questioning, detentions. Once I even remember a whole group of them were there at the plane doors, and dragged me straight off to the prosecutor’s office. But by about 2011, interest had already waned and I went back and forward with no problems.”

Babitsky continued working for RFE/RL, the network of radio stations and news websites funded by the US government which broadcasts across eastern Europe and the former Soviet Union. Babitsky had worked for the station since before the collapse of the USSR, and after he left Russia he began to work first on the South Caucasus and more recently on Ukraine.

He said he caused controversy with an article he wrote last year in which he supported Putin’s annexation of Crimea (or “Putin’s decision to support the population of Crimea” as he called it). Then there was more trouble with his reports from east Ukraine.

“I had filmed a piece about the exhumation of bodies of people shot by the Aidar [pro-Ukraine volunteer] battalion, and they cut it heavily and created a huge scandal. The Ukrainian service said that with my views I should not be sent to Donbass.”

In September 2014, he was fired. The official reason was due to staff reorganisation, but he is convinced the unofficial reason for dismissal, after more than two decades of working for the network, was his position on Ukraine events.

A spokesperson for RFE/RL, Martins Zvaners, said while the organisation could not discuss the specifics of Babitsky’s case it was “totally false” to say he had been fired for his personal views. Zvaners also denied there was any bias in the organisation’s coverage of Ukraine.

“RFE/RL’s credibility as a journalistic organisation is too important for us to skew our coverage of any topic in a direction that cannot be verified by facts on the ground,” Zvaners told the Guardian.

Two editorial employees of Radio Liberty said they did not believe there was a skewed editorial line on Ukraine, but another said there may be a difference between the English language service and those in local languages.

“There is a feeling that the Ukrainian service within Radio Liberty is really powerful and the coverage of the conflict has become quite unbalanced,” said the journalist, who asked to remain anonymous. “The way they treated Andrei was extremely unfair.”

The conflict in Ukraine has resulted in vicious polemics over media coverage. Russian state channels, watched by many in east Ukraine, have focused hours of coverage on the conflict and have been accused of fabricating stories and whipping up hatred.

In the separatist-held areas, journalist Pavel Kanygin from independent Russian paper Novaya Gazeta was detained and assaulted by security forces when in the republic last month. The BBC’s Natalia Antelava was told she would not be given accreditation to work in the republic after accusing separatists and Russian television of inventing the death of a ten-year-old girl.

A number of commentators have accused the Kremlin of fighting an “information war”, using fake stories and doctored photographs to skew events.

Babitsky, however, said western media coverage of the conflict has been unfair, focusing on Russian aggression and ignoring the local context. He described his new project as an “independent internal channel which will fill a new niche”. It will be called Dialogue and the idea is to hold discussions between Donetsk and the rest of Ukraine.

“We want to move away from the language of hate, to use more analysis, and to try to bring in voices from the other side of the lines,” said Babitsky. He insisted the channel was not affiliated with state structures in the self-proclaimed Donetsk People’s Republic, and said the modest funding had come from local businessmen. He plans to hire around six people to get the channel up and running within a month.

“Humans should remain human in any circumstances, and that is difficult to achieve in times of war. Hatred towards the enemy twists human feelings and we need to hear calm voices.”

The new channel, said Babitsky, would have no red lines when it came to discussing the political solution to the crisis, though he was evasive when asked if it would be able to criticise separatist authorities freely.

As for his own journey, Babitsky said there is nothing surprising about someone who was once considered a traitor by many Russians now espousing pro-Kremlin views.

“At that time I felt for the Chechens, because I thought that if these people want to live by their own traditions and move away from Russia then they should be able to. Probably we should have listened to those moods and not killed so many people,” he said.

“It’s the same here. I think Russia is playing a significant role here, but the reasons are not to be found in Russia, they are internal. This is a civil war, where the interests of two parts of Ukraine that consider themselves linked to two cultural traditions are clashing with each other.” 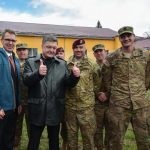 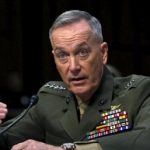