Our guy Yats is failing miserably. As predicted.

The government of Arseniy ‘Yats’ Yatsenyuk now holds the coveted credit rating of ‘D’ in the capital city Kyiv, which means a default on some of its foreign debt is now imminent. Major global fund managers Templeton Asset Management holds billions of Ukrainian bonds. It is unclear who owns Kyiv debt.

It is unlikely Ukraine will be paying them back. On Thursday, Fitch Ratings lowered Kyiv’s credit rating from triple C to D, the default rating. The national sovereign debt is still CCC-. The downgrade shows just how fragile the economic situation is in the country following nearly two years of political crisis.

Kyiv failed to carry out payments on $250 million in eurobonds on Friday. Kyiv introduced a temporary moratorium on debt on November 6, 2015. The default includes another payment of $300 million, which the capital city will miss.

Ukraine’s government recently failed to convince Russia to restructure a $3 billion loan. The two former political and cultural allies have parted ways since the 2014 ousting of Russia-friendly leader Viktor Yanukovych and the subsequent secession of Crimea, now part of Russia.

Meanwhile, the nation’s sovereign debt is in what Fitch calls “restricted default” after it missed a $500 million payment due Sept. 23. Ukraine’s currency, the hryvnia, is down 30.9% year-to-date. It is currently surviving on European and IMF bailout packages. 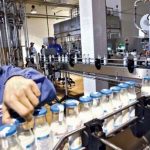 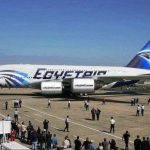