Ukrainian Economic Development Minister Aivaras Abromavicius clarified exactly how many state companies would be offered up for sale to US and European investors at the upcoming Ukrainian-American investment conference in Washington D.C on Monday [July 13], stating that 345 state-run firms would be put on offer to the highest bidder. 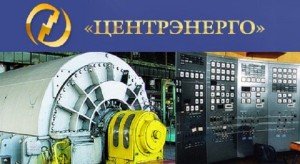 Tsentrenergo power stations are among state enterprises up for sale, July 2015

Speaking before reporters on Thursday, Abromavicius noted that the 345 firms offered for sale “will be included in the first wave of privatizations,” which he earlier confirmed would begin in the fourth quarter of this year.

Kiev’s effort is ostensibly aimed at raising billions of dollars for the country’s cash-strapped budget, as the economy, hit by a decline in trade with Russia, financial panic, and civil war, lies in tatters and on the verge of default.

Companies on the docket include the electricity generation firm Tsentrenergo and six of its regional distributors, gas transportation companies, the Odessa Port Plant, mining operations and agricultural holdings, which together are projected to bring 17 billion hryvnia (about $790 million) into the country’s coffers.

Earlier this year, Ukrainian officials held similar conferences in Washington, Berlin and Paris. As late as last month, Prime Minister Arseniy Yatsenyuk met with Ukrainian-Americans in Washington, telling them that his government wants “to see American owners on the territory of Ukraine,” stating that “they will bring not only investment, but also new standards, new ways of managing the companies, and a new investment culture.”

But with the IMF (conservatively) projecting a 9 percent decline in Ukraine’s GDP in 2015, with inflation hitting nearly 50 percent and the country approaching debt levels amounting to 100 percent of GDP, analysts warn that the present may be the worst possible time for Kiev to sell off its large, state-owned firms. The country’s economic decline, political instability and the war in the east have hit property values hard, which means that Kiev is unlikely to collect significant sums for the large, valuable, strategic assets offered up for sale.

Analysts also suggest that Western investors will have little appetite for the purchase of the unwieldy, heavily-indebted state firms, many operating at a loss since the collapse of the Soviet Union, noting that the most profitable companies were already bought up in crooked schemes by the country’s oligarchs a long time ago. In this connection, AFP recently reported that Rada MPs connected with the country’s oligarchic clans are likely to use their influence to prevent the sale of the profitable state assets under oligarchs’ influence. Moreover, Frankfurter Allgemeine Zeitung columnist Konrad Schuller recently poured cold water on the entire privatization initiative, noting that in an environment of speedy, murky, clan-dominated privatization, Western investors will have no time to assess whether the state companies offered up for sale are truly lucrative or not.

Furthermore, while Yatsenyuk recently announced that over 150 major investors have already RSVP’d to attend the Washington conference, he has already been hit by dissention from within his own cabinet, with officials from the Energy Ministry and the State Property Fund challenging the pace and scale of privatization.

In April of this year, Ukraine agreed to an International Monetary Fund-monitored austerity program, which called for the shedding of 24,000 government jobs, higher taxes, privatization of state assets and the withdrawal of subsidies on utilities in exchange for a total of about $40 billion in IMF-led foreign assistance over the coming four years.

Ukraine says it will offer nearly 350 state firms for sale to foreign investors at an upcoming conference in Washington aimed at saving the war-shattered country’s imploding economy. The huge privatisation effort – due to kick off in October – hopes to raise billions of dollars that could be used to plug a leaking budget, and deal with the consequences of neighbouring Russia’s effective economic blockade.

But foreigners have been wary of ploughing cash into a country still torn by a pro-Moscow separatist crisis that has claimed the lives of more than 6,500 people and brought swathes of Ukraine’s devastated industrial heartland under rebel control. The privatisation plan has also been hurt by some ministers’ refusal to hand over companies under their jurisdiction into private – and possibly foreign – hands.

Ukrainian Economy Minister Aivaras Abromavicius said a total of 345 government-run properties would be presented to major US and European investors on Monday. “These properties will be included in the first wave of privatisations,” Abromavicius told reporters.

But economists and some of Yatsenyuk’s own allies warn that this may be a terrible time for Ukraine to part with some of its largest holdings. The economy shrank by 17.2 per cent in the first three months of the year compared to the same period in 2014. Property values are collapsing and the unpredictability of the ongoing war turns standard economic forecasting into an imprecise science.

The Ukrainian government seems undeterred by the data and intends to see $US500 million ($A671.32 million) raised by the sale of the Odessa port plant alone. The initial package also includes the Tsentrenergo federal power generation company and six of its regional distributors.

The initial sales are meant to bring in about $800 million – a relatively small figure that will do little to relieve a multi-billion-dollar fiscal deficit that is projected to reach 7.5 per cent of gross domestic product in 2015.

The Washington crowd will also be keenly aware of Ukraine’s spotty privatisation record. Most important firms have previously been hoovered up by oligarchs – some of them based in Russia – who offered low bids but enjoyed close powerful contacts in Kiev.

Ukraine’s new pro-Western leadership has vowed to clean up its act in order to apply for EU membership by 2020. But Yatsenyuk has been openly challenged by ministers and senior officials who oversee the very properties being advertised in the United States.

Ukrainian Energy Minister Volodymyr Demchyshyn told Yatsenyuk at a tense cabinet meeting on Wednesday that he would not give up Tsentrenergo until “the entire power generation market has been de-monopolised.”

And the head of Ukraine’s state property fund said it might be wiser to let foreigners operate the Odessa port plant rather than own it outright. “Personally, instead of selling ports, I would prefer to see them being put under public-private-ownership – the way it is done all over the world,” Igor Bilous told reporters.

Tomas Fiala of Kiev’s Dragon Capital said another problem involved business tycoons’ efforts to use their contacts in parliament to keep their influence over individual state enterprises, by keeping off Kiev’s future sales list. “Some deputy are defending the interests of executives by blocking these companies’ sales,” Fiala told the Liga news site. “I do not exclude the possibility of parliament failing to back the privatisation of all the enterprises the government would like to see sold.”

How will the sale of the Tsentrenergo company change Ukraine’s electric power market?, by Artem Bilousov, UNIAN News, May 28, 2015