Two separate articles have just appeared simultaneously in the Financial Times that expose the limits of the West’s sanctions policy.

The first, under the suggestive title “Sanctions new normal proves workable for business in Russia”, discusses how Western companies operating in Russia have learned to carry on their business successfully despite the sanctions. The second article confirms that European oil companies including BP are continuing to strike big oil exploration and development deals in Russia.

The first article is the more interesting. It shows that despite all the brave talk at the G7 summit of the sanctions being strengthened the sanctions in reality are already eroding.

One of the most interesting examples is of a French company that cancelled an order for certain specialised equipment to a Russian company on the sanctions list only for a new previously unknown Russian company to step in immediately and place the same order.

Elsewhere in the article, we learn that Western companies are bypassing sanctions barring the export to Russia of dual-use technology items by exporting these items to Russia via partners or subsidiaries in third countries.

Most interesting of all, it appears that the U.S. Treasury is itself colluding in the erosion of the financial sanctions, by permitting Russian companies on the sanctions list to borrow in Western financial markets. The relevant paragraph reads as follows:

The US Treasury’s Office of Foreign Assets Control has advised banks and exporters that Russian entities subject to sectoral sanctions are generally allowed to make repeated drawdowns of 30 days or less as long as they repay in full each time. This in fact allows for continued credit in the form of consecutive 30-day tranches.

The second article, under the equally suggestive title “EU’s Russia sanctions fail to dent oil deals”, sets out the deals currently being agreed between European oil companies and the two giant Russian energy companies, Gazprom and Rosneft – both of which are subject to sanctions:

BP is close to agreeing a deal to acquire a 20 per cent stake in a Siberian oilfield from state-owned Rosneft that could be worth $700m, people familiar with the matter told the Financial Times, while Eni and Statoil have received approval from European capitals to continue work on their joint ventures with Rosneft. Shell is also still working on its Salym joint venture with Gazprom Neft, the oil arm of the Russian gas giant, and has applied for approval from the Dutch government for other projects.

The article admits that many of these deals are being made on the assumption that the sanctions policy is temporary. That is another way of saying that the European oil companies oppose the policy and will, when the time is ripe, lobby to end it.

In a recent article in which I discussed the G7 summit’s decision to press for an extension of the sanctions, I predicted that the sanctions would not be formally lifted but would more probably gradually melt away, much as the sanctions the West imposed on China after the Tiananmen affair have done (see the last paragraph in “G7 and Sanctions: Doubling Down on a Failed Policy”, Russia Insider, 9th June 2015).

The two articles in the Financial Times show that this is already happening and moreover with the collusion of Western governments.

It is important not to overstate what is going on. The sanctions remain in effect and the fact that business people are finding ways around them does not mean that their effectiveness has gone and that the entire sanctions regime is on the brink of collapse. We are still some way off the point when that will happen.

However, the fact that even the Financial Times is now publicly saying that the sanctions are eroding, less than a year after they were imposed, is the strongest possible sign that the day when that will happen is not so far off. 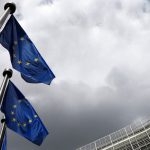 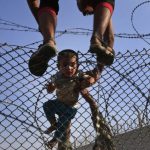