The following is a 26-minute documentary film about the work of emergency first responders, doctors and other health professionals in the war zone of eastern Ukraine:

In the conflict-torn Donbass region, medical evacuation teams play a vital role in saving the lives of those wounded by shelling. On alert 24/7, and responding to calls in the most dangerous areas, the doctors and emergency responders risk everything to save people’s lives regardless of what side of the conflict they are on. RTD film crew joined one of the teams to witness what they deal with on a daily basis and hear the stories of those they have rescued: 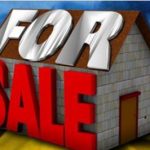