News of a flare up in fighting in the Caucasian territory of Nagorno Karabakh will cause the Kremlin serious worry. Russian diplomatic intervention in an area of strategic importance to Moscow is likely to prevent escalation. 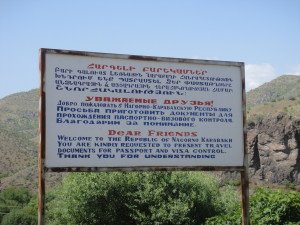 Nagorno Karabakh is a small territory which before 1988 was largely Armenian but which is now entirely so.

There is much argument about the reasons for this, with the Azeris claiming that Nagorno Karabakh was always historically part of their territory, the Soviet authorities in Moscow saying it was done out for pragmatic reasons to develop a small and poor region by attaching it to the richer of the two Caucasian republics (Azerbaijan) rather than the poorer (Armenia), and some scholars saying it was the result of Stalin’s divide and rule policy.

I do not have the necessary knowledge of Caucasian history to say who is right. What I will say that what I have heard is that Nagorno Karabakh was incorporated in Azerbaijan rather than Armenia not by design but by accident – and I strongly suspect that is the truth. 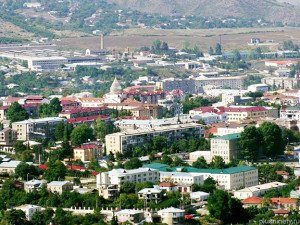 The territory was apparently occupied by the Red Army and administered from Bolshevik controlled Baku (Azerbaijan’s capital) during the Russian Civil War before the Red Army conquered Armenia – which enjoyed a brief period of independence following the Russian Revolution.

This arrangement was then left unchanged even after Armenia was forcibly incorporated into the USSR because of bureaucratic inertia.  This was true even during the period of the Transcaucasus Soviet Socialist Republic when all these territories (Armenia, Azerbaijan, Nagorno Karabakh and also Georgia) were supposedly administered jointly.

That is not to say that there were not other factors.  Over time, it became increasingly difficult to change the political arrangement because of hardening Azeri opposition to any change.   Apparently, there were also objections by Turkey’s leader, Mustafa Kemal Attaturk, to any increase in the USSR’s Armenian administered territory. Kemal Attaturk was one of Moscow’s few friends during the inter-war years and the Soviets were unwilling to offend him.

What I have also heard is that after the Second World War, following Armenian complaints, Stalin decided shortly before his death to revisit the whole issue and was prepared to look into the possibility of having Nagorno Karabakh transferred to Armenia from Azerbaijan.  Supposedly, he appointed the powerful Central Committee Secretary Georgy Malenkov to carry out an inquiry to look into the question and to report back to him.

By this point, relations between Russia and Turkey had all but broken down after Turkey joined NATO, so the need to appease Turkey no longer existed. However, Stalin died before a decision was made. This removed the one person with the power and authority to solve the whole problem by transferring Nagorno Karabakh from Azerbaijan to Armenia at the stroke of a pen.

Following Stalin’s death, Malenkov’s inquiry was left to lapse. With the situation in the Caucasus firmly under control, the Soviet leaders in Moscow were far too absorbed in their own power struggle to worry about a local dispute in the far off trans-Caucasus.

Though Azerbaijan and Armenia for the remainder of the Soviet period remained constituent republics of the same country, the USSR, the Armenian inhabitants of Nagorno Karabakh continued to resent their rule from Baku and still hankered for union with Armenia.

Though the fact is sometimes denied, I have no doubt that the quarrel between Armenians and Azeris over Nagorno Karabakh has at least at some level also been coloured by the greater quarrel between the Armenian people and Turkey. Azeris are a Turkic people speaking a language similar – though not identical – to the Turkish spoken in Turkey, though unlike the Turks of Turkey – who are Sunni – the Azeris are Shia.

Though the Azeris were not involved in the Armenian Genocide, Armenians in my experience tend to conflate them with Turks, and it is, in fact, the case that relations between Azerbaijan and Turkey have become very close since Azerbaijan achieved independence after the USSR dissolved in 1991. Turkey has sided strongly with Azerbaijan in its conflict with Armenia and has imposed an economic blockade on Armenia to support Azerbaijan in the conflict.

The conflict exploded in 1988 when the local authorities in Nagorno Karabakh voted to secede from Azerbaijan and join Armenia  The action triggered protests in both Armenia and Azerbaijan as well as in Nagorno Karabakh itself.  It also led to the ugly murder of a large number of Armenians by an Azeri mob in the town of Sumgait in Azerbaijan in late February 1988. [See ‘Sumgait pogrom’, in Wikipedia.]

Though the conflict between Armenia and Azerbaijan is now a largely forgotten part of the story of the USSR’s collapse, I will here state my own personal view, which is that Gorbachev’s failure to end it by reasserting Moscow’s control was a major cause for the collapse of his authority in Moscow. The conflict has festered ever since with attempts by the Russians and other parties to broker a solution getting nowhere and with Azerbaijan investing much of its oil wealth in an arms build-up that has the Armenians understandably worried and which they see as intended to put Azerbaijan in a position where it can reverse the outcome of the war.

In the meantime, relations between Russia and Armenia have grown steadily closer, with Armenia joining the Eurasian Union and positioning itself as Russia’s key ally in the Caucasus. This builds on a very long history of intense cultural interaction and friendship between the Russian and Armenian peoples, with each traditionally harbouring strongly positive feelings towards the other.

Armenia is now also the host of an important Russian air base, which the Russians have recently reinforced with MiG29 fighters.

Azerbaijan, for its part, has been careful not to break its ties with Moscow completely.

Though the Azeris have on occasion tilted towards the U.S. and have flirted with the various gas and oil pipeline schemes intended to reduce Europe’s energy dependence on Russia (the subject of the James Bond film ‘The World Is Not Enough’), they have, up to now, shown a keen understanding of the local geopolitical realities and realise that Russia is and will remain for the foreseeable future the dominant power in the Caucasus.

The steady build-up of Russian naval power in the Caspian Sea, and the network of Russian air bases in Armenia and in the northern Caucasus, have effectively sealed Russia’s overwhelming military advantage. It is this overwhelming Russian power that in the end makes it unlikely the present fighting will escalate into all-out war. With Armenia in firm alliance with Russia – which would come to Armenia’s aid in the event of an all-out war – Azerbaijan knows it would quickly lose such a war, and that is a powerful deterrent against Azerbaijan deciding to start one.

As for Armenia, it has no claim on Azerbaijan and merely seeks to preserve the status quo in Nagorno Karabakh and elsewhere. It therefore has no interest in starting a war.

Since neither side (probably) wants a war why is fighting taking place now? Reports suggest the latest bout of fighting was started by Azerbaijan. Most probably, the Azeris want to remind the Russians that the Nagorno Karabakh conflict remains unresolved, though it is possible that the Azeri government – under severe domestic pressure because of the oil price fall – is using the fighting to strengthen its domestic popularity.

There is also always a possibility in this sort of conflict that the fighting is the work of local commanders acting on their own initiative. The area is heavily mountainous, communications are poor and it is not impossible that the political leaderships have a less than complete control of the situation on the ground.

Lastly, it is not impossible that Turkish meddling has played a part. With Turkey now under severe pressure from Moscow, it is not inconceivable that the Turks have used their influence in Azerbaijan to stir up trouble for Moscow in its Caucasian backyard. It is important to say, however, that there is at present no evidence for this and any theorising to this effect remains for the moment pure speculation.

Though it is unlikely the fighting will escalate further, it nonetheless serves as a pointed reminder to the Russians that the situation in the Caucasus remains fragile and that peace there cannot be taken for granted. Though Russia’s alliance with Armenia is not in doubt, it is in Russia’s interests to retain at least a dialogue with Baku. Russia does not want to lose Azerbaijan entirely, as it might do if matters were allowed to get so bad that Russia was obliged to come to Armenia’s rescue.

The Kremlin’s diplomats in the Caucasus will be working hard to make sure that doesn’t happen.

This article draws heavily on information given to me by Bert Vaux, an outstanding linguist and head of the linguistics department at King’s College Cambridge. He speaks Armenian fluently and has travelled to Nagorno Karabakh and knows the territory well. He is quite unequivocal that it is Armenian.

The historical points in the article are drawn from my own reading. As I understand it Azeri claims to Nagorno Karabakh are constructed around borders and demographics from the time when all these territories were part of Iran. I cannot see how that has any relevance to the situation today.

I should say that the name given to the territory “Nagorno Karabakh” is a misnomer and a Soviet concoction.

On the subject of the military balance, I have no doubt that Russia’s guarantee to Armenia would ultimately extend to Nagorno Karabakh if the fighting there escalated out of control. I say this because I am sure the Russians know how important the territory is to Armenia.

I have no doubt the Russians are privately making this clear to the Azeris and the Azeri announcement of a unilateral ceasefire – which reports suggest is largely bogus – may have been made at least in part in response to this.

Lastly I would say that the Azeris are in danger of making the same mistake that the Georgians and the Ukrainians did before them. This is to think they can translate their local superiority into a position of political advantage from which they can achieve their maximalist political aims.

They are also risk making the same mistake as the Georgians and the Ukrainians in thinking that they can somehow counter balance Russia’s overwhelming superiority in the former Soviet space by forging partnerships with self-interested outsiders – in this case the US and Turkey.

The reality is that Russian superiority is so great in this region that any tilting of the balance the Azeris achieve by boosting their military spending is illusory whilst the US and Turkey will no more ride to Azerbaijan’s rescue in a crisis with Russia than the US and EU rode to Georgia’s and Ukraine’s rescue when they got themselves into the same sort of mess.

The Azeri leadership comes across to me as much more intelligent and politically sophisticated than those of Georgia and Ukraine so I would expect them to work this all out and in the end draw back, which is why I don’t think this conflict will escalate into something bigger.