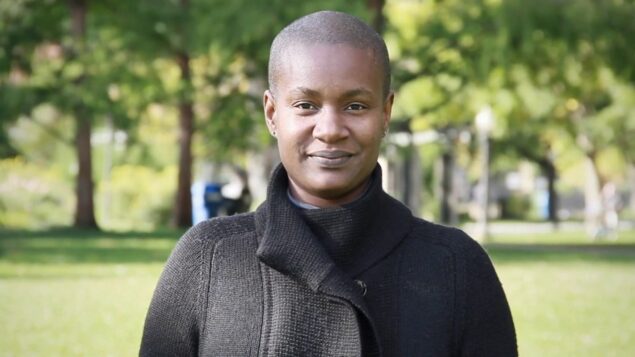 Annamie Paul is the new leader of the Green Party of Canada, succeeding Elizabeth May. Photo courtesy Toronto Centre Greens/Facebook

Was Annamie Paul’s plan to unite the far right and the Green Party? Because, incredibly, that seems to be what’s happening. And stranger still is how some self-professed progressives have let identity politics blind them to anti-Palestinian racism.

Was Annamie Paul’s plan to unite the far right and the Green Party? Because, incredibly, that seems to be what’s happening. And stranger still is how some self-professed progressives have let identity politics blind them to anti-Palestinian racism.

Last week Annamie Paul’s lawyer convinced an arbitrator to stop the Green executive council from applying its constitution regarding a review of her position as leader and party member. The arbitrator also ruled that the party needed to publicly announce that the leadership and membership review had been halted.

Paul used the court decision concerning her employment contract to announce the end of the challenge to her leadership. But Paul omitted to mention it was legally imposed and that she sought the ruling.

Of course, the Green executive council did not accept this usurpation of its powers or Paul’s claim the case must be kept secret. The Green president challenged the arbitrator’s decision that the employment contract between the party leader and Green Fund superseded party bylaws. (If party rules don’t apply to the leader why have them?)

In another strange twist, the arbitrator in Paul’s case was Earl A. Cherniak, who was lead Canadian counsel for disgraced right wing media mogul Conrad Black. Cherniak is part of the International Association of Jewish Lawyers and Jurists, which regularity attacks Palestinian solidarity. Cherniak participated in a 2016 B’nai Brith event and he and his law firm Lerners LLP sponsored a 2016 fundraiser for the Jewish National Fund, which applies racist land use policies that were outlawed in Canada 70 years ago.

Considering the central role Palestine/Israel play in the Paul dispute with the party, Cherniak should have recused himself as arbitrator because of an appearance of bias. It is interesting that he refused the Toronto Star’s request for an interview about the case.

Weirder still is how the far right is increasingly vocal in their support for Paul. Ezra Levant’s Rebel News recently produced a long defence of Paul and they even sought to fundraise based on the claim that they uncovered court documents related to the matter. For their part, the National Post and Toronto Sun have published more than a half dozen columns defending Paul with headlines such as “Why is Annamie Paul still putting up with the Green party?”, “Annamie Paul and the anti-Semitic wolves washed in green” and “Annamie Paul’s balanced views on Israel unacceptable to ‘progressives’”. One Globe and Mail letter writer argued that Conservative leader Erin O’Toole should offer Paul the position of “environment critic (and minister in the event of an electoral win)”, while on Twitter, imperialism and Israel booster Terry Glavin defends Paul.

In a further twist, CBC and Hill Times ‘identity politics’ focused commentators Supriya Dwivedi, Arezoo Najibzadeh and Erica Ifill, as well as others, attacked the Green executive. In defending Paul these supposedly progressive individuals ignore her deep anti-Palestinianism. To list but a few examples, Paul attacked pro-Palestinian Greens during the leadership race, has defied the Green’s democratically determined Palestine policy and recently appointed an individual who called party members “BDS terrorists” to her shadow cabinet.

Whatever differences they may have on other issues, a disregard for the human rights of Palestinians, which certainly looks like racism, appears to unite Dwivedi, Najibzadeh and Ifill with Rebel News reporter David Menzies and Stephen Harper’s speechwriter Michael Taube.

Despite the sympathetic coverage from the mainstream media and far right, Paul’s unfavorability ratings have risen dramatically, according to Ekos polling. The number of Canadians who believe she would make the best prime minister has also dropped from 5% to 1% and the Greens’ overall vote numbers are down as well.

And the saga seems far from finished. To stave off a challenge to her leadership, Paul is trying to get her supporters onto the executive council in the upcoming elections. Whether or not she succeeds, Paul is still likely to face a leadership review after the next election, which she will probably lose.

In normal circumstances that would be the end of it. But, considering Paul’s actions thus far, I wouldn’t put it past her to run again to drive the party into greater disrepute by attacking party members and her main competitor in the last election, Dimitri Lascaris, as anti-Semitic.