Fallacies and Inaccuracies About Venezuelan Migration 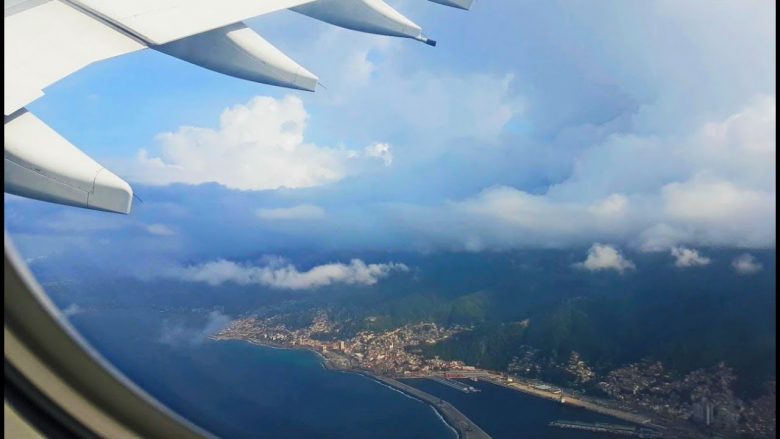 Flying in to Caracas Airport

First published in March 2018, this article – which addresses the “exodus” of Venezuelans as a result of the “humanitarian crisis” that stems from the economic war and the financial siege against the country – is no less relevant today.

With so many politically charged figures knocking around about Venezuelan emigration and a so-called “exodus”, who should we believe?

A narrative has been increasingly positioned in the press for the past two or three years concerning the “exodus” of Venezuelans as a result of the “humanitarian crisis” that stems from the economic war and the financial siege against Venezuela.

The mainstream media and global propaganda outlets are saying that more than 2 million people have left Venezuela. The fact that this incomplete information is allowed to circulate is only further evidence of our “post-truth” world, where there is no objective truth that can be clarified other than that which is validated by merely being news.

This highly propagandized “data” comes from a report that was prepared by an NGO called the Voice of the Venezuelan Diaspora Observatory with alleged figures from host countries’ institutes for statistics.

Likewise, the staunchly anti-Chávez newspaper Tal Cual states that more than 4 million people (4.091.717) have emigrated from Venezuela based on a survey of 2,000 people between November 17 and December 4, 2017, from which the company Consultores 21 made projections.

They claim that almost a third (29%) of Venezuelan families has at least one relative living outside national borders and, on average, nearly two people (1.97) have migrated from the nucleus of the family (father, mother, partner, child or sibling).

The UN Agency states that immigration stock of foreign-born citizens living in Venezuela between 1990 and 2000 was more than 1 million, and by 2017 surpassed 1.4 million.

The following table dismantles the thesis cooked up in the Miami media which claims that “90% of the more than 1.5 million Venezuelans now living abroad left the country in the past 16 years”.

For its part, the World Factbook of the Central Intelligence Agency (CIA), in classifying the world’s countries according to their net migration rates, places Venezuela in 143rd place (- 1.2 migrants for each 1,000 inhabitants).

Net migration rates compares the difference between the number of people per thousand inhabitants who enter and leave a country for the year (according to mid-year population), and although UN data shows that immigration is and has been consistently higher than emigration, the CIA shows that the net rate for Venezuela is negative.

From the same CIA data we can see that nine of the twelve countries of the Lima Group countries have negative migration rates (more people leaving than entering), three of them have more negative rates than Venezuela: they are Mexico (- 1.80) Guatemala (-1.90) and Peru (- 2.20). In 2012, Venezuela’s rate, as the CIA calculated it, was zero (0).

As Giuseppe de Corso said on the program “La Hojilla” on Venezolana de Television: neither data on Venezuelan emigration nor the fact that the number of Venezuelans – children of Venezuelans or of foreigners – living abroad has increased, match the mainstream media claims of an ‘exodus’.

Many have left fleeing from difficulties caused by the financial siege on Venezuela which was intensified by the blockade that the Trump administration implemented, encouraged by the efforts of [former National Assembly President] Julio Borges in coordination with Presidents Santos, Temer, Macri, Kuczinsky and others.

Migration data has been used to stoke conflicts and hide the failures of governments that openly confront Venezuela. According to the very same CIA, neighboring Guyana is among the countries with the highest rate of emigration.

Admiral Kurt Kidd, head of the U.S. Southern Command, said before the US Senate’s Armed Services Committee that the Venezuelan emigration to countries of the South American region such as Colombia has reached 500,000, with 40,000 going to Brazil, and 93,000 to Ecuador, despite UN figures being much lower.

A report released by the Colombian Foreign Ministry and the International Organization for Migration (IOM) showed that 69% of those who cross the border with Colombia belong to the floating population that lives, works and studies in the border area, while 23% of those crossing the frontier claim that they will remain in the country for a few months, and only 5% leave Venezuela with the intention of staying permanently.

Between data and projections, it is reported that (of Venezuelans emigrating to Colombia) 153,443 migrants have exceeded their legally-permitted stay, and in staying without a visa they are employed without any backing by the social security system, which makes them subject to labour exploitation. Equally, there are 47,305 migrants who have legalized their immigration. Combined, this totals an estimated 200,000 people who would form only 0.4% of the Colombian population which is around 50 million inhabitants.

However, according to the table presented above, Venezuela’s emigration stock [Venezuelan-born citizens living outside of Venezuela] registered by the UN in 2017 was little more than 650,000 people, of which, according to the report, approximately 250,000 were in Europe, another 250,000 in North America (Canada and USA) and 75,000 in South America. The destination most sought by Venezuelans in this continent is Colombia with about 50,000 people living there, while Colombian immigration to Venezuela is about one million people.

According to the UN refugee agency, Colombia itself has the largest displaced population due to conflict and violence, with 7.3 million internally and externally displaced people registered at the end of 2016. In global terms, Colombia is followed by Syria (6.3 million), Sudan (3.3 million), Iraq (3 million), and the Democratic Republic of the Congo (2.2 million). Many of these displaced persons come to Venezuela from Colombia. The same UNHRC declared at the end of 2016 that the official number of Colombia refugees in Venezuela was 172,000.

Translated and editing by Paul Dobson for Venezuelanalysis.