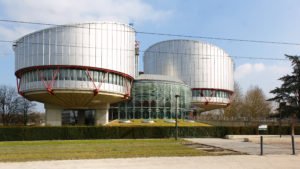 The European Court of Human Rights has given the green light to a lawsuit filed by relatives of MH17 passengers against Ukraine. It alleges that Kiev intentionally kept airspace over the war-torn eastern Ukraine open and failed to protect the passengers’ lives.

The European Court of Human Rights (ECHR), Europe’s major court authority, has communicated the lawsuit to Ukraine which appears as a defendant in the lawsuit filed by four relatives of passengers who died in the Malaysian Airlines MH17 crash two years ago. The case was communicated to Ukraine in July but the ECHR published the papers related to the case only in early August with its Factsheet.

Four applicants named Tim Lauschet, Elena Ioppa, Chris Kenke and Denise Kenke, all German nationals, claim that the Ukrainian authorities “failed to protect the relatives’ life by not completely closing the airspace above the ongoing armed conflict in the region through which the MH17 flight passed.”

The lawsuit emphasizes that the Boeing 777 “was under control of the Ukrainian air traffic authority and was operated by a licensed and qualified flight crew,” flying at [an] allowed altitude of 33,000 feet when it was hit and “disintegrated in the airspace.”

Ukraine “knew” that commercial flights above eastern Ukraine, where hostilities between the government and rebel forces were in full swing, were dangerous but “undertook no action to close the airspace,” the lawsuit said.

The airspace has been kept open “intentionally,” the applicants claimed, accusing Kiev of actions that resulted in death of their relatives.

Elmar Giemulla, a German lawyer and leading expert on air law who represents the four applicants, told RT earlier in July that the Ukrainian government should have closed its airspace under international law if it could not ensure flight safety.

“There were about 700 civilian flights through the Ukrainian airspace per day,” each carrying 100-150 persons, said Giemulla, who is also professor at the Berlin University of Technology’s Institute of Aeronautics and Astronautics.

Thus, “definitely, thousands of people have been jeopardized as a consequence of the decision of the Ukrainian government not to close its airspace.”

In May, five Australian families filed a similar lawsuit against Russia and personally against President Vladimir Putin to the ECHR, demanding $10 million for each of their relatives killed in the incident. The Russian authorities say they have not yet received any notification from the ECHR in relation to this case.

In 2015, the Dutch Safety Board, a body in charge of investigation into the crash, said in a report that Ukraine should have closed its airspace to commercial traffic for safety reasons.

It also stressed that Malaysia Airlines and third party bodies such as the International Civil Aviation Organization (ICAO) did not adequately consider the risks of flying over a conflict zone.

Malaysia Airlines flight MH17 took off from Amsterdam heading for the Malaysian capital of Kuala Lumpur on July 17, 2014. The aircraft was shot down over the Donetsk region in eastern Ukraine. All 298 people on board, including 80 children, were killed. 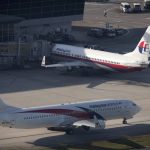 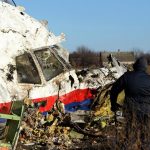