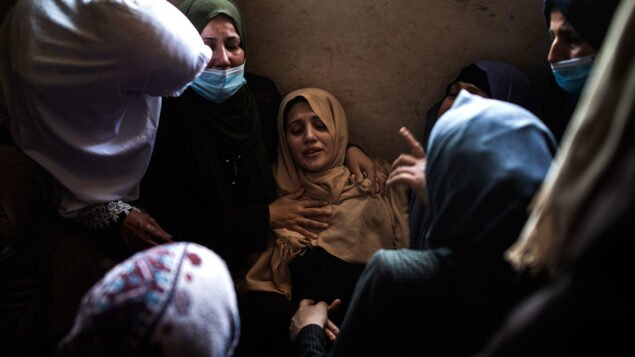 Social media companies including Facebook have admitted to MintPress that pro-Palestinian posts were removed, blaming “technical bugs” and “spam filters.”

OCCUPIED EAST JERUSALEM — In a video posted on activist organization Jewish Voice for Peace’s Twitter account, Muna El-Kurd explained why social media is so vital for the Palestinian cause.

“We rely on the honorable people standing in solidarity with us, people who tweet #SaveSheikhJarrah everyday,” Muna El-Kurd said. “Even a short tweet or post is a treasure.”

"We rely on the honorable people standing in solidarity with us, people who tweet #SaveSheikhJarrah everyday… Even a short tweet or post is a treasure."
– Muna El-Kurd, Palestinian home defender

Quote tweet this with #SaveSheikhJarrah to get the hashtag trending in the US! pic.twitter.com/mY0qc1itFU

El-Kurd and her family are under threat of forcible displacement by Israel settlers and Israeli government forces from their home in Sheikh Jarrah, a neighborhood in Occupied East Jerusalem. Over the past week, Palestinians on the ground have documented both Israeli police brutality and settler violence.

In response, the world rallied behind Palestinian home defenders online by sharing information related to Sheikh Jarrah, al-Aqsa Mosque, and Israel’s ongoing ethnic cleansing of Palestine. However, activists claim their content was met with censorship from the very platforms with which they’re engaging.

Activists reported that social media companies have been removing their content, stating it violated community guidelines or deeming it “hate speech.” Reports also included suspended and deactivated accounts and text-only content labeled “sensitive,” a designation usually reserved for photos and videos containing violence, gore or derogatory images. The “Save Sheikh Jarrah” Facebook group was also deactivated, according to Mohammed El-Kurd.

Just yesterday Instagram took down stories by Adnan Barq, a journalism student who’s also been providing amazing coverage of the violence and brutality of the IOF and Israeli settlers, especially in the past few days.

A lot of my IG stories regarding last night’s colonial violence in Sheikh Jarrah have been removed because they were considered “hate speech,” even though most of them featured no writing. I got another notification that my account may be deleted.

I had 10k followers on @tiktok where all I did was speak on social justice issues. All I have been doing is speaking up on Palestine. And about sheikh Jarrah and Gaza but of course silencing Palestinian voices is a priority. pic.twitter.com/Fc9Wk6G49u

Instagram is deleting Palestinian activists’ stories on the ethnic cleansing happening in Sheikh Jarrah. This is not a conspiracy, this is not a fluke. Social media companies have been & will always be antithetical to revolution & resistance. #SaveSheikhJarrah

This is really striking.

I follow @subhitaha_, a young Palestinian-American on Insta. He’s been posting about #SheikhJarrah and almost all his content is getting labelled as “sensitive” and potentially upsetting when often he’s just sharing information.

?……..Instagram is labeling these and several other #SheikhJarrah posts I’ve seen today as “sensitive content.” Overlays like this on social media, by design, tend to deter sharing/limit the reach of posts. pic.twitter.com/WwtHaEVrcO 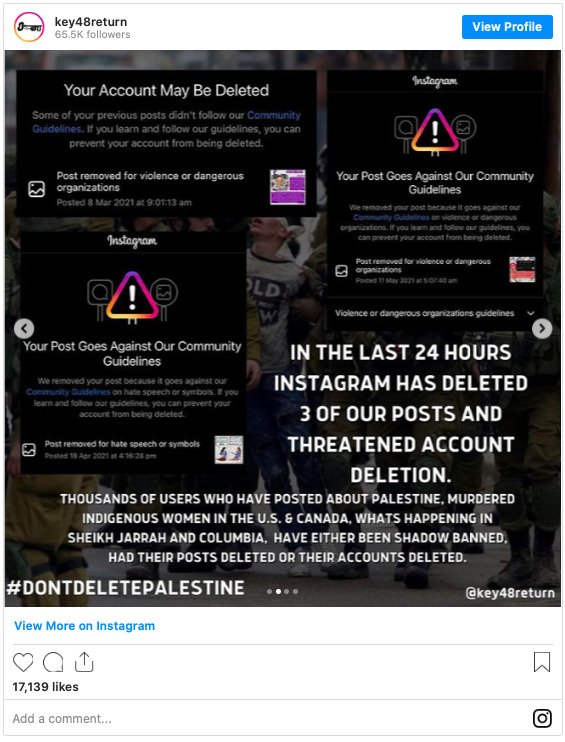 Over the weekend, hashtags related to al-Aqsa Mosque, Sheikh Jarrah and Jerusalem could not be found on Instagram.

According to internal employee communications provided to Buzzfeed, al-Aqsa — the third holiest site in Islam — was flagged by Instagram as associated with “violence or dangerous organizations.” The label is typically reserved for terrorist groups.

During the last days of Ramadan, worshippers at al-Aqsa were attacked with stun grenades and rubber bullets by Israeli police in riot gear. More than 170 Palestinians were injured. Social media users hoping to publicize the state violence instead found their content removed from search results.

The removed content and suspended accounts on both Instagram and Twitter are involved in documenting and reporting what is happening in Sheikh Jarrah, as well as denouncing Israel’s policies of ethnic cleansing, apartheid and persecution. These violations are not limited to Palestinian users, but also affect activists around the world who are using social media to raise awareness about the grave situation in Sheikh Jarrah.

Nadim Nashif, founder and CEO of 7amleh, one of the letter’s signatories, said the digital rights organization had received approximately 200 cases of social media censorship related to the recent events in Palestine. However, he believes the actual number could be well into the thousands, as many users experiencing censorship may not report it.

“Actually, 99 percent of our [content removal] appeals to social media companies were put back, with no questions asked. And this is clearly because these posts did not really violate their community standards,” Nashif told MintPress News. “What’s basically happening is the Israeli Cyber Unit is abusing the system of so-called voluntary takedown.”

When reached for comment, a Twitter spokesperson said “Our automated systems took enforcement action on a small number of accounts in error by an automated spam filter.”

“We are expeditiously reversing this action to reinstate access to the affected accounts, some of which have already been reinstated,” Twitter said.

We know there have been several issues that have impacted people’s ability to share on our apps, including a technical bug that affected Stories around the world, and an error which temporarily restricted content from being viewed on the Al Aqsa mosque hashtag page. While both issues have been fixed, they never should have happened in the first place. We’re so sorry to everyone who felt they couldn’t bring attention to important events, or who felt this was a deliberate suppression of their voice. This was never our intention.

As previously reported by MintPress, social media suppression of Palestinian media is not a new phenomenon. 7amleh’s research unveiled significant cooperation between social media behemoths and Israel in targeting Palestinian content: According to a 2020 7amleh report on the systematic erasure of Palestinian content, the Israeli Ministry of Justice’s Cyber Unit is responsible for submitting removal requests to tech companies based on purported violations of domestic law and the companies’ community guidelines.

7amleh wrote in their report:

The Israeli Minister of Justice, Ayelet Shaked, stated that ‘Facebook, Google, and YouTube are complying with up to 95% of Israel’s requests to delete content that the Israeli government says incites Palestinian violence.’ This shows a significant focus on Palestinian content and efforts to label Palestinian political speech as incitement to violence.

The Israeli government and non-governmental organizations also encourage citizens to participate in these censorship efforts by making their own content removal requests with regard to Palestinian information.

“The big issue of the voluntary takedowns is that there aren’t any legal or bureaucratic procedures to clarify them,” Nashif said.

In 2019, Adalah – The Legal Center for Arab Minority Rights in Israel and the Association for Civil Rights in Israel (ACRI) filed a joint petition to Israel’s High Court of Justice against the Cyber Unit on the grounds its mechanisms violate the constitutional rights of freedom of expression and due process. Last month, Israel’s Supreme Court rejected that petition.

“As usual, the Supreme Court supported and validated the actions of the Cyber Unit,” Nashif said. “And now they’re trying to suppress the Palestinian voice by intensifying these requests for takedowns.”

Nashif could not confirm that Israel’s Cyber Unit is behind the latest alleged censorship. But through Adalah and ACRI’s use of the Freedom of Information Law, 7amleh knows the government entity made more than 15,000 requests last year to social media platforms. Nashif explained:

We don’t have evidence about what’s happened in the last week because neither the Cyber Unit nor Facebook is transparent about the takedowns. But it’s clear from following them, researching their policies, speaking with people working in Facebook and from the different appeals in the court against the Cyber Unit, we know that this is obviously happening.”

Tensions in Jerusalem and throughout Palestine have intensified in recent days. At the time of writing, Israeli airstrikes have killed 87 Gazan Palestinians, including 18 children, and rocket fire from Hamas, the resistance movement governing Gaza, has killed six Israelis and one Indian national. More than 530 Palestinians have been injured and 28 Israelis wounded. 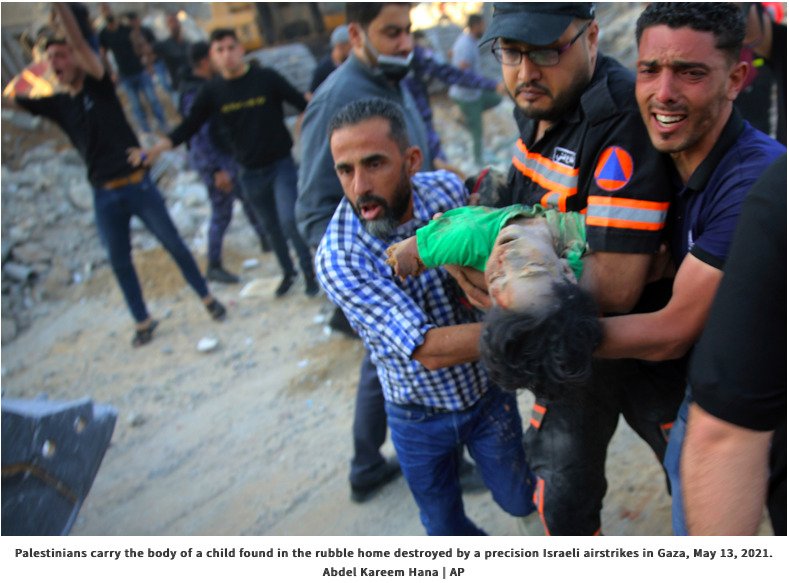 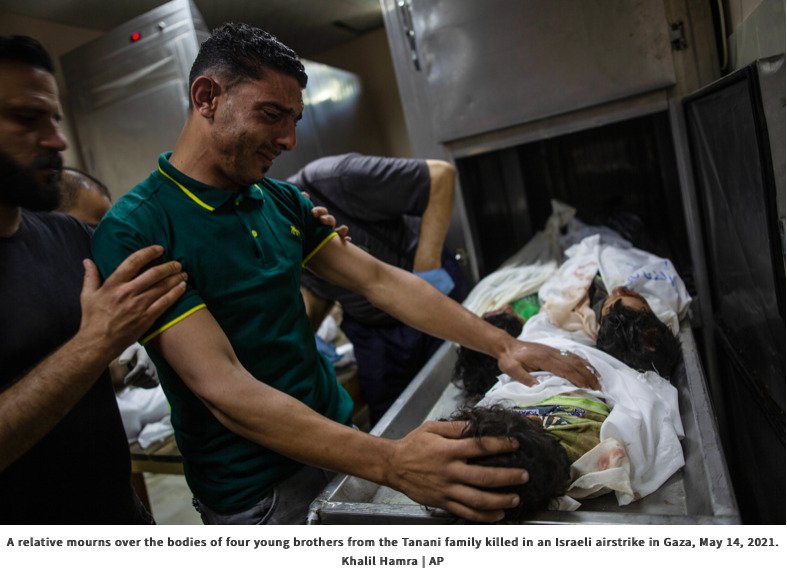 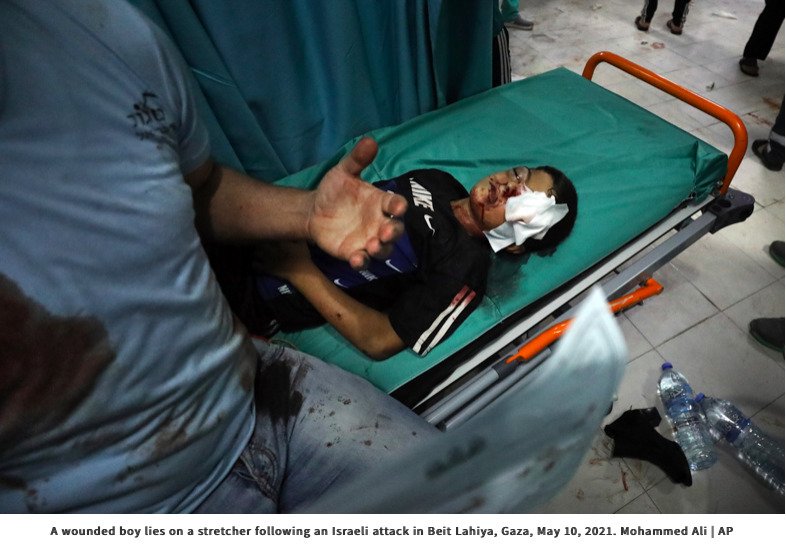 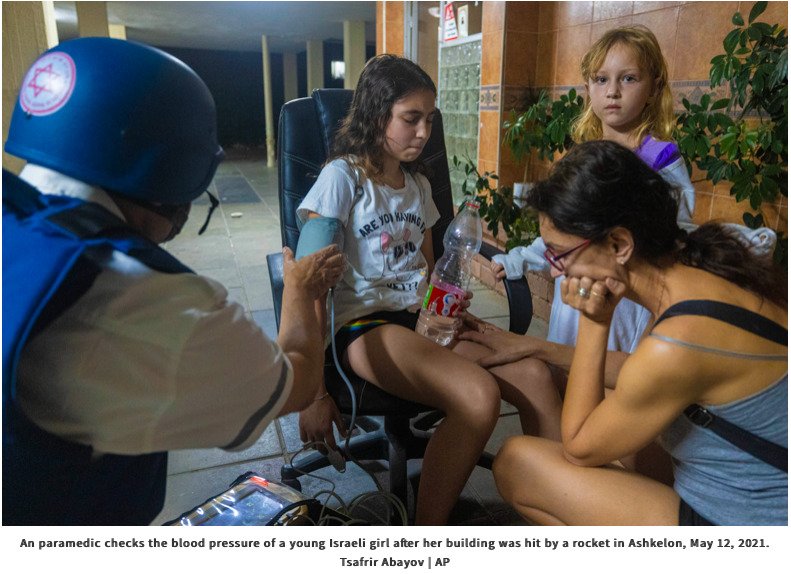 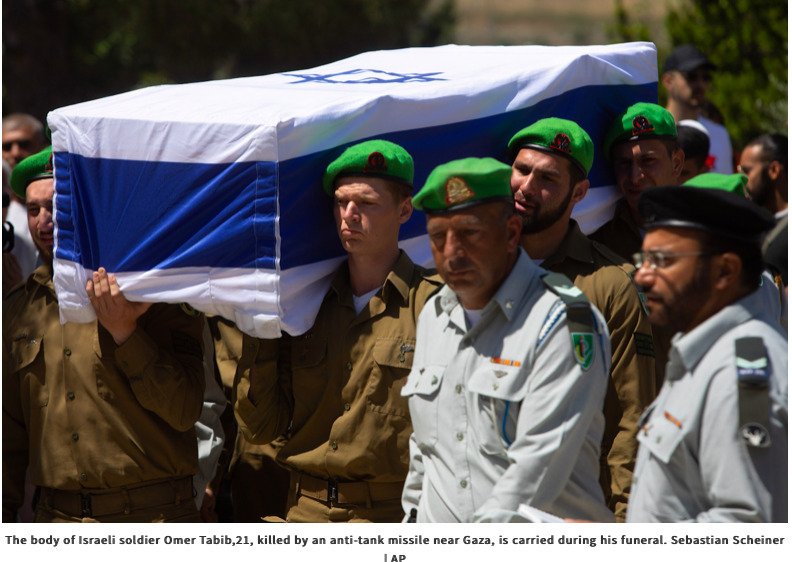 The Israeli Supreme Court postponed a court hearing on the possible dispossession facing Sheikh Jarrah families, including the El-Kurds. The court is expected to set a new date in 30 days.

“Our feeling is that it’s less now because we are getting fewer requests to appeal. But it is still happening,” Nashif said, referring to how the Israeli Cyber Unit, artificial intelligence, and pro-Israel internet communities like Act.IL are all part of the campaign to diminish the Palestinian perspective on social media.

“You have to understand that this is a fight on narrative,” Nashif said. “There is a strong attempt to suppress the Palestinian narrative.”

Jessica Buxbaum is a Jerusalem-based journalist for MintPress News covering Palestine, Israel, and Syria. Her work has been featured in Middle East Eye, The New Arab and Gulf News.

Headline photo: Relatives of 11-year-old Hussain Hamad, who was killed by an explosion during the ongoing conflict between Israel and Hamas, mourn during his funeral in the family home in Beit Hanoun, northern Gaza Strip, Tuesday, May 11, 2021. (AP Photo/Khalil Hamra) 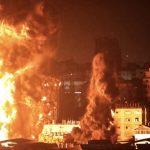 Global Intifada: The World Rises Up Against Israeli BrutalityPalestine, Video 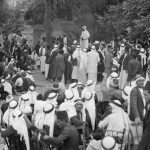 The 1936 Palestine strike: A history of Palestinian revoltPalestine