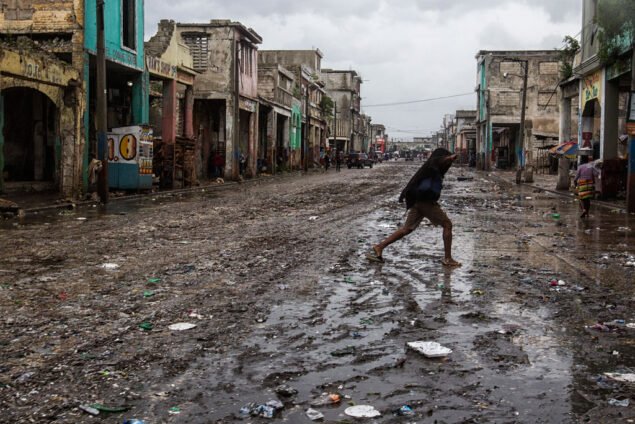 Photo courtesy of the UN

This Press TV production is a chronicle of US destabilization campaign in Haiti and brings us up to today, 11 years on from the coup. It reveals how behind the scenes the world’s imperial powers still use cunning mechanisms to keep Haiti in their pockets and impede its national sovereignty and democracy.

The violent overthrow of Haiti’s President Jean-Bertrand Aristide in 1991 and 2004 coups has ripped aside the democratic pretensions of US and the other major powers. In 1990, Haiti -the poorest nation in the Western Hemisphere- brought to power Aristide, its first elected president. In September 1991, Jean-Bertrand Aristide was deposed in a bloody military coup orchestrated by the US. He was eventually returned to power by US intervention, only to be overthrown yet again in 2004.

Exposing Imperialism in Haiti (An investigation into how Haitians have had their democracy stolen from them) from PRESS TV Documentaries on Vimeo.