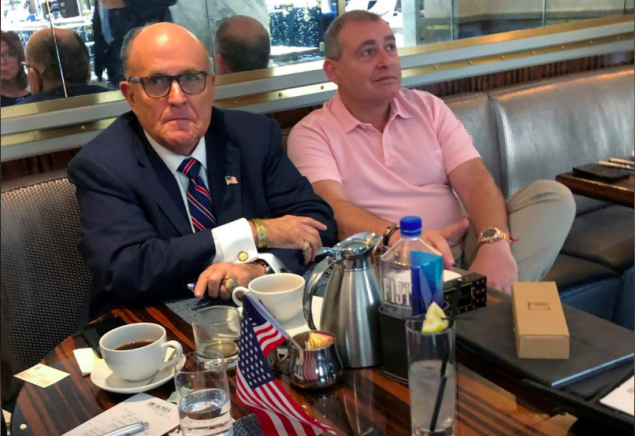 Rudy Giuliani was introduced to the father of the Venezuelan opposition leader Juan Guaido, through a wealthy Venezuelan businessman, who is under criminal investigation in the United States.

At a lavish August gathering at a private estate in Spain, a wealthy Venezuelan businessman under criminal investigation in the United States introduced Rudy Giuliani, President Donald Trump’s personal lawyer, to the father of Venezuela’s opposition leader, Juan Guaido.

The affair was part of a campaign for leniency for the businessman, Alejandro Betancourt, who sought to demonstrate his close ties to opposition figures looking to oust Venezuela’s socialist President Nicolas Maduro – a key objective of the Trump administration.

Betancourt told Giuliani he secretly helped bankroll Guaido’s efforts to take over the leadership of Venezuela, according to four people familiar with the situation, two of whom provided  details about the meeting in Spain. Betancourt hoped those bona fides would enable Giuliani, his lawyer, to persuade Trump’s Justice Department to drop its probe of Betancourt in connection with a Florida money laundering and bribery case, the people said.

A month later, at a meeting in Washington, D.C., Giuliani urged Justice Department prosecutors to go easy on Betancourt, according to a person with direct knowledge of the meeting, and Lev Parnas, a former Giuliani associate, who said Giuliani told him about it soon afterward. Parnas and the other person said Giuliani told prosecutors that Betancourt had provided assistance for Guaido’s political efforts, and was therefore doing good work for the United States.

This is the first time Parnas detailed his story about Betancourt, Giuliani and Venezuela.

Giuliani declined to confirm meeting with U.S. prosecutors on Betancourt’s behalf and wouldn’t say whether the Venezuelan businessman is a client. “Lev Parnas has no right to be talking about that meeting,” Giuliani told Reuters in a brief phone interview. “It was a confidential meeting – if it did happen.”

“Lev Parnas’s credibility is worth nothing,” Giuliani said.

The Justice Department declined to comment. Betancourt and his attorney Frank Wohl did not respond to multiple requests for comment.

Reuters couldn’t determine whether Betancourt did provide financing to the U.S.-backed opposition or if he was just claiming he did.

Guaido and the main opposition political party, Popular Will, both denied receiving funding from Betancourt. Guaido was a member of Popular Will until he stepped back from it earlier this month.

“I do not know Mr. Betancourt, there is no relationship,” Guaido told Reuters. “As such, that is not possible.”