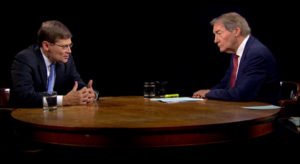 Former acting CIA Director Michael Morell said in an interview August 7 that U.S. policy in Syria should be to make Iran and Russia “pay a price” by arming local groups and instructing them to kill Iranian and Russian personnel in the country.

Morell was appearing on the Charlie Rose show on PBS in the wake of his publicly endorsing Hillary Clinton on the New York Times opinion pages.

Morell said the killing of Russians and Iranians should be undertaken “covertly, so you don’t tell the world about it, you don’t stand up at the Pentagon and say ‘we did this.’ But you make sure they know it in Moscow and Tehran.”

He compared his proposal to American support for groups that targeted Russian forces in Afghanistan during the 1980’s — efforts that later helped incubate al Qaeda. He seemed unconcerned about how other parties might respond to such actions, beyond speculating that they might provide leverage for future negotiations.

If put into effect, Morell’s plans would entail a massive escalation of American covert military involvement in Syria that would bring the United States much closer to direct confrontation with Russia and Iran.

Morell’s endorsement of Clinton was quickly seen as a sign that he was interested in a role in a possible Clinton administration. He wrote that Clinton would be a “highly qualified commander in chief” and a “strong proponent of a more aggressive approach” to the conflict in Syria.

Morell told Rose that he had not discussed his proposal to kill Russian and Iranian personnel in Syria with Clinton, though he believed she was supportive of efforts to gain “diplomatic leverage.”

After leaving the CIA in 2013, Morell authored a memoir entitled “The Great War of Our Time.” The book was widely criticized for defending detainee torture in the post-9/11 era. Morell was also a co-author of a “rebuttal” to the Senate Intelligence Committee torture report.

Last week, CBS announced that Morell had left his role as a network news analyst so that he could begin publicly supporting Clinton’s run. During his interview with Rose, Morell continued to heap praise on Clinton’s perspective on U.S. relations with Syria, Russia and Iran.

This weekend, Hillary Clinton touted Morell’s endorsement on her Twitter page: “She will deliver on the most important duty of a president—keeping our nation safe.” —Michael Morell on Hillary http://nyti.ms/2aA53DV

In other circles, Morell’s op-ed generated criticism of his role in defending torture, and the Times‘s failure to identify his employment at a consulting firm with strong ties to Clinton: I ran the CIA, defended torture, now work for a former Clinton aide, and will accordingly endorse Hillary Clinton http://gawker.com/i-ran-the-c-i-a-now-i-work-for-a-longtime-clinton-ally-1784871887 …

The Charlie Rose interview led one blogger to further update the title of Morell’s op-ed: “I ran the CIA now I’m endorsing Hillary Clinton and I want Hillary to kill lots of Russians and Iranians in Syria”.

Related reading:
*  ‘Sage’ advice that’s nuttier than Trump, by Larry Johnson, published on his blog No Quarter, August 10, 2016. (The writer is a former CIA analyst and counterterrorism official at the State Department.)

‘There was a time that I believed that a U.S. president would only appoint knowledgeable, capable people to serve at the head of an important defense or a national intelligence organization, like the CIA. Mike Morell, the former Acting Director of the CIA, proves that belief naive and wrong. Mike Morell’s performance as CIA Director and his subsequent efforts to portray himself as a sage voice in the foreign policy arena borders on criminal negligence and utter incompetence…’

This commentary was re-published on Consortium News. There, a reader posted the following comment:

‘There was a time that I believed that a U.S. president would only appoint knowledgeable, capable people to serve at the head of an important … national … organization…’

Indoctrinating children to believe that kind of meretricious nonsense is, tragically, standard operating procedure around the world and especially in the United States and the primary satraps in its empire. It takes a long time and a mountain of evidence to persuade some people to see through the lies of our “leaders” – some people go to their graves or come home in body bags without ever facing up to reality. 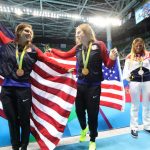 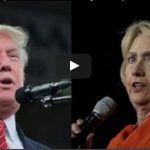 Clinton and Trump on foreign policyMultipolarity