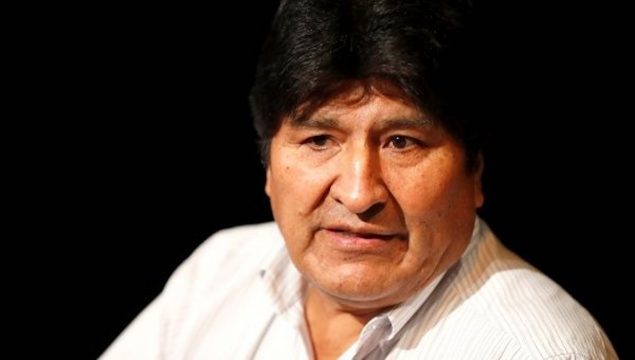 At his first press conference following his arrival in Argentina, Bolivia’s deposed president Evo Morales analyzed the circumstances surrounding the coup d’etat orchestrated against him.

The Bolivian Socialist leader Evo Morales said that his “sin” was to nationalize natural resources and distribute wealth.

During his first press conference after his arrival in Argentina, Bolivia’s deposed president Evo Morales Tuesday analyzed the circumstances surrounding the coup d’etat against him and recalled some achievements of his presidency, which took place from January 22, 2006, until November 10, 2019.

“Unfortunately, neither the Police intelligence nor the Army intelligence warned us that a coup d’etat was approaching​​,” Morales said.

The Movement Towards Socialism (MAS) leader noted that the coup was a reactive response from fascist and racist sectors to the structural changes that he was leading in Bolivia.

“Our sin, our crime, is to be an Indigenous person and to have begun change with the participation of the Bolivian people,” he stressed.

Bolivia’s former president also defended his mandate’s achievements, which were not based upon the policies usually recommended by the International Monetary Fund (IMF).

“We nationalized energy and water, which were previously privatized. We said that another world is possible without the IMF.”

"As far as I can tell, American democracy deceives its people into voting, but neither the government nor the people actually govern. It's the transnational corporations who govern." Bolivia's @evoespueblo speaks to @ggreenwald ⁠— full interview coming soon. pic.twitter.com/ld03XPTuJy

The MAS leader explained that the violent response of the Bolivian upper classes is related to the construction of an inclusive state, the defense of collective resources, and the redistribution of wealth.

“We did three important things: in the political realm, we refounded Bolivia. We left a colonial state behind and created a plurinational state. In the economic realm, we promoted nationalizations. And most importantly, in the social realm, we achieved wealth redistribution,” he said.

“Although the capitalist system proclaims peace, I am convinced that there will be no peace if there is no social justice, if there is looting of natural resources, and if there are military bases​​​​​​​.”

Concerning the latter, Morales explained that the coup against him was properly “the Lithium Coup.”

The beneficiaries of the destruction of democracy in Bolivia seek to appropriate a mineral whose “value has increased markedly in international markets over the last years because it is a fundamental raw material” in the manufacture of eco-friendly technologies and electric batteries.

#LIVE | #Bolivia's @evoespueblo from Argentina: "Due to the coup d'etat, we lost 4 million in exports." pic.twitter.com/s6ZVmlEPYe

Concerning the October presidential elections, Morales reaffirmed his victory in the first round despite fraud accusations, which were encouraged by the Organization of American States (OAS) ​​​​​​.

“We won in the first round. According to the OAS, however, winning with a wide margin is electoral fraud… the OAS said there was fraud because in 225 tables the MAS obtained between 70 and 90 percent of the votes. In rural areas, we even obtained more… The real fraud is the OAS report.”​​​​​​​

Based on this historical experience, Morales warned the Latin American progressives that the OAS cannot be trusted and called for the formation of an international mission to guarantee transparent elections in his country.

“We need an electoral mission from the United Nations, Pope Francis’ envoys, and friendly countries’ representatives to ensure that there will be free and transparent elections and that the results will be respected,” Morales said.

The deposed Bolivian president arrived in Argentina last week from Mexico, after receiving asylum from the government Alberto Fernandez, who assumed the presidency on Dec. 10. 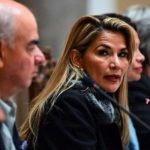 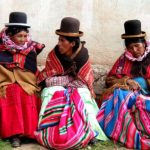 Evo Morales on prohibiting the wearing of Indigenous garments in ministry HQBolivia, Indigenous Peoples, Latin America and the Caribbean