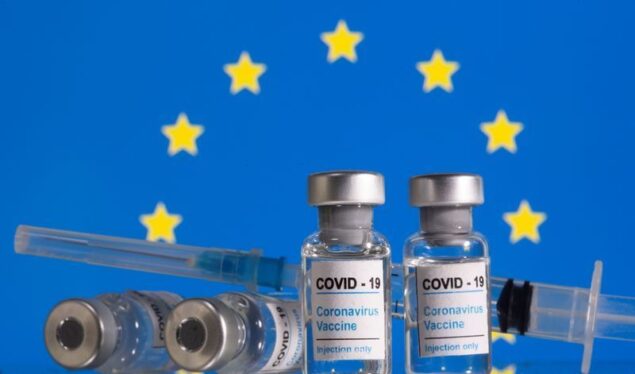 Jayati Ghosh begins a new Social Europe column by pricking Europe’s conscience on its pandemic-related responsibilities towards the developing world.

In their saner moments, most progressives in the European Union might concede that the bloc has not acquitted itself very well as a global player during the pandemic.

To be sure, it has finally displayed some good sense in looking after its own, as the delayed but reasonably large EU-wide fiscal stimulus and future-oriented spending package suggests. And it has broken out of the counterproductive mindset which forbade the European Central Bank from buying the bonds of individual member governments and has even laid the groundwork for the kind of fiscal co-operation that behoves a monetary union. So citizens of Europe have some cause for relief, if not appreciation.

But vis-à-vis the rest of the world—especially the developing world—the EU’s behaviour has ranged from dismaying to reprehensible to downright appalling. Expected debt relief to debtor countries in distress has not been forthcoming. Aid packages have been miserly in the extreme, even more so than after the Global Financial Crisis, and look particularly stingy when compared to the fiscal easements within the EU.

Sickeningly, countries within the EU and then the bloc as a whole have blatantly grabbed available Covid-19 vaccine production for the current year—through pre-orders, secretive side-deals and similar moves—and then been so incompetent in distributing it that some countries are simply stockpiling vaccine, rather than allowing it to be made available to more populous and poor countries.

Worst of all, EU member countries have actively blocked efforts to suspend intellectual-property rights such as patents, which would have enabled much more global production and ensured that people across the world have quicker and more comprehensive access to vaccines and other treatment for the coronavirus. That this is self-defeating for the EU’s own citizens, and caters only to the profits of the big pharmaceutical companies—which have already benefited from government subsidies—makes it even more disturbing from an external gaze.

None of this is a good advertisement for the EU’s protestations of international co-operation and global solidarity, reducing its standing in the global community. In this context, most countries could be forgiven for looking askance at the EU’s diplomatic efforts and being less inclined to take seriously its homilies and advice.

So how can the EU redeem itself internationally, especially as it seems unwilling to change any of these policies? There is one way to improve its currently unsavoury international reputation and do some good for the world economy (and its own economic potential) in the process. This would be by immediately sharing its allocation of the increased issuance of special drawing rights (a form of global liquidity) likely to be announced by the International Monetary Fund imminently.

With the new administration in Washington under Joe Biden having withdrawn opposition to such an issuance, it is likely if not inevitable that $500 billion worth of SDRs will be made available. Ideally the amount should be much more—equivalent to $1 trillion or even $2 trillion—given the scale of the problem and the urgent need to provide resources to developing countries that are facing external-debt problems and desperately need more resources to combat the health and economic impacts of the pandemic.

Even this amount can however be leveraged to generate more impact. The new SDR issue will be allocated to countries according to their IMF quota, which is periodically determined by gross domestic product along with other factors such as openness, reserves and variability—essentially an estimate of relative economic power. In 2016, along with a quota increase of SDR $238 billion, the IMF shifted more than 6 per cent of the quota shares from over-represented to under-represented countries, particularly China and other emerging-market countries. Nevertheless, IMF quotas are still dominated by advanced economies, which account for nearly two-thirds.

This has often been used to argue that most developing countries would gain relatively little anyway from an increase in SDR issue, since the bulk would be taken by advanced countries. It has been estimated that a $500 billion increase in SDRs would deliver around $14 billion in added reserves to low-income countries and $60 billion to emerging markets. But even this smaller share would have huge impact for developing countries. For example, Venezuela would receive more than 8 per cent of its GDP, Zambia almost 6 per cent, Suriname 5 per cent.

And the benefits would be much greater if the advanced countries that will receive the lions’ share of the SDRs—but are unlikely to use them because they do not really need to—would transfer their shares to developing countries, directly or to particular global agencies which could even be created for this purpose. The EU, whose members have 25.72 per cent of IMF quotas, could lead the way in this.

EU countries would receive $128.6 billion of the new SDR allocation. Think what the EU could do with this amount, which it is unlikely to use otherwise. It could immediately eliminate or reduce a significant amount of the bilateral debt of poor countries held by its members—say around $20 billion worth. It could easily put more money (say $3 billion) into the COVAX vaccine facility, allowing it to reach or exceed its target of $6.48 billion for 2021 (it has only raised $4 billion so far), thereby enabling it to buy and distribute free vaccines to the poorest countries.

It could facilitate the Global Social Protection Fund which is being discussed in several international fora and provide significant seed money (say around $50 billion) to support social protection in poor countries with a mostly informal workforce. It could encourage the creation of a Global Public Investment Fund, and begin by providing say $50 billion for that fund, to enable public investments in the developing world much needed for addressing climate change.

The EU could do all this and still not fully use up its allocation of additional SDRs. It would not even notice: member countries have barely touched their existing SDR allocations in years, if not decades. And doing this might nudge or push rich countries such as the United States, Japan and the United Kingdom to follow suit.

Maybe it is too much to ask the EU to move beyond regional navel-gazing towards a more internationalist perspective. Yet if even this costless and painless way of expressing international solidarity does not do it, perhaps nothing will.

This article is a joint publication by Social Europe and IPS-Journal.

Jayati Ghosh taught economics at Jawaharlal Nehru University, New Delhi for 34 years, before joining the University of Massachusetts at Amherst in January 2021. She is executive secretary of International Development Economics Associates and a member of the Independent Commission for the Reform of International Corporate Taxation. 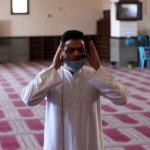 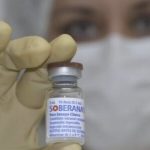