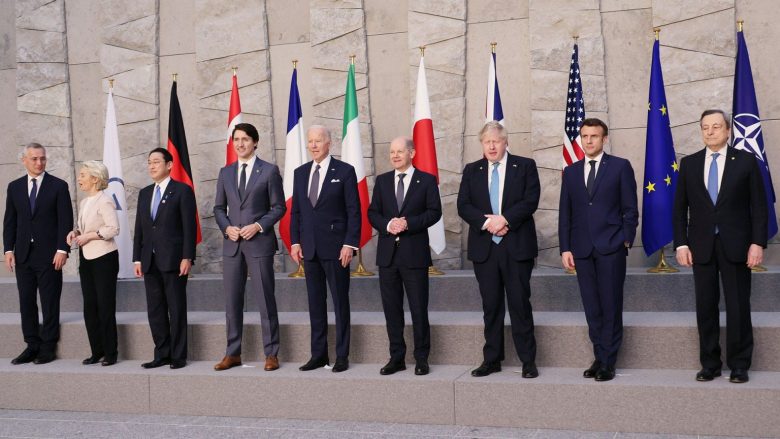 EU leaders are furious that the US is making lots of money from the proxy war in Ukraine by selling weapons and exporting expensive natural gas. Meanwhile European industries are being destroyed as high energy prices and US subsidies push its companies to go overseas.
_________________________

EU leaders are angry that the US is making lots of money from the proxy war in Ukraine, both by selling vast quantities of weapons and by making Europe reliant on its expensive liquified natural gas (LNG), instead of Russia’s significantly cheaper pipeline gas.

Meanwhile, European economies suffer from high inflation rates and an energy crisis that make manufacturing so expensive and uncompetitive it could bankrupt entire industries.

Politico published an article in November detailing precisely this, titled “Europe accuses US of profiting from war.”

Ministers and diplomats based elsewhere in the bloc voiced frustration at the way Biden’s government simply ignores the impact of its domestic economic policies on European allies.

The escalating US-EU conflict recalls the notorious maxim of former Secretary of State and imperial planner Henry Kissinger: “America has no permanent friends or enemies, only interests.”

The Biden administration’s passage of the Inflation Reduction Act this August has sent the EU “into full-blown panic mode,” and even threatens to bring about a “transatlantic trade war,” according to Politico.

The law pledges up to $369 billion in subsidies to support companies that claim to be environmentally friendly, as part of a “green” transition.

An unnamed EU diplomat told Politico, “The Inflation Reduction Act has changed everything,” asking, “Is Washington still our ally or not?”

Top US priority is new cold war on China, Europe is ‘afterthought’

The column emphasized that the US government’s top priority its its new cold war on China.

“The U.S. remains steadfastly focused on what most perceive to be its main existential challenge: China,” Politico wrote. “In that equation, Europe is often an afterthought.”

But what the Europeans are discovering is that the Ukraine war is just one facet of the U.S.’s larger strategic duel with China, which will always take precedence over EU interests.

That was true under Trump, and it remains true under his successor. It’s just that the message is delivered in a different style.

As recently as the beginning of 2022, Russia was the largest exporter of both gas and oil to Europe. But in response to Russia’s invasion of Ukraine in February, the US and EU imposed harsh sanctions on Moscow and vowed to boycott its energy.

This has blown back on Europe, and hard.

It noted that electricity prices in Germany have risen as much as 500% in the past year.

The report warned the “magnitude of the crisis isn’t comparable to anything in the past few decades.”

“Countries across Europe are planning for possible power shortages this winter, with some considering rationing supplies to certain industries to ensure essential demand can be met,” Bloomberg said.

These historically high energy prices were already painful enough. But Washington’s proposed subsidies have only further incentivized European companies to move to the United States.

In a November report titled “European industry pivots to US as Biden subsidy sends ‘dangerous signal,’” the Financial Times reported the same: the Inflation Reduction Act “is moving momentum a lot from Europe to the US.”

The combination of the Biden Administration’s $369bn package and high energy costs in Europe, where even after recent declines gas prices remain five times more expensive than in North America, is sounding alarm bells in EU capitals.

“I think we need a European wake-up on this point,” French president Emmanuel Macron told executives from domestic industrial companies such as glassmaker Saint-Gobain and cement maker Lafarge in a speech last week.

Germany’s economy minister, Robert Habeck, described the US support as “excessive” and “hoovering up investments from Europe”.

The EU has accused Washington of breaching World Trade Organization rules and set up a task force with the Biden administration to resolve their differences.

“The Ukraine war is driving up energy costs in Europe, while relatively stable prices and green-energy incentives are luring companies to the U.S.”, the newspaper wrote.

“Battered by skyrocketing gas prices, companies in Europe that make steel, fertilizer and other feedstocks of economic activity are shifting operations to the U.S., attracted by more stable energy prices and muscular government support,” the Wall Street Journal added.

The report predicted that Europe “could face high prices, at least for gas, well into 2024, threatening to make the scarring on Europe’s manufacturing sector permanent.” 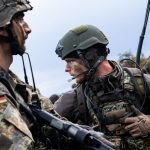 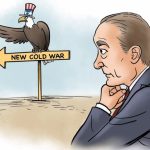