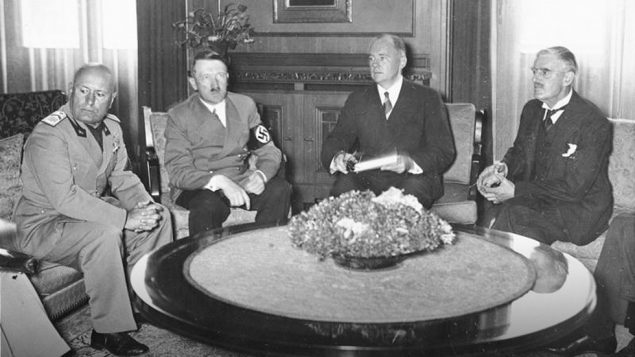 The revisionist claim that Hitler and Stalin were both guilty of starting the war does not stand up to scrutiny. On the contrary, the leaders of the day themselves, like later historians, understood that the history of the outbreak of the war started not on 23 August 1939, but instead a year earlier, on 28-29 September 1938, when, to their eternal shame, Britain and France agreed with Italy and Germany that Hitler could dismember Czechoslovakia.

Legislating to establish an ‘official’ view of history is seldom a good idea. History is a matter of living debate, study and interpretation, not written in the wooden language of the solemn edict, which only invites derision.

Yet this is what the European Parliament did last week when it voted a resolution on “the importance of remembrance for the future of Europe,” a text which proves that when legislators try to be historians, the result is just cheap propaganda.

The dangers of using legislatures to write history are even greater when, as in this case, the purpose of the resolution is polemical. The general idea of the text is that Europeans must remember their dreadful past in order not to repeat it in the future: everyone knows that the European project was born in the ruins of the Second World War. But the goal of this resolution is to recalibrate the usual memory of the Nazis and the Holocaust to put the memory of Communist totalitarianism on an equal footing with Nazism. Communism, the resolution says, was Nazism’s ideological twin, and the USSR shares equal guilt with Germany for starting the war.

With its 31 references to the Soviet Union, communism, and Stalinism, as against only 19 references to Nazism and Nazi Germany, the resolution complains that awareness needs to be raised of the crimes of Communism. It also repeatedly alleges, by making no fewer than five references to the Molotov-Ribbentrop pact of 23 August 1939, that the war “was started as an immediate result of the notorious Nazi-Soviet treaty on non-aggression… whereby two totalitarian regimes that shared the goal of world conquest divided Europe into two zones of influence.”

The authors of the resolution perhaps do not realize that they are rejecting the findings of the Nuremberg trials, which elsewhere they quote approvingly. The Nazi leaders were put on trial for the crime of planning and executing a war of aggression; no other state was accused or convicted of this. When the chief prosecutor, the American Robert Jackson, rose to make his opening statement, he referred to the privilege of opening “the first trial in history for crimes against the peace of the world.” Only Germans were in the dock: the Soviets, like the other anti-Nazi allies, were on the bench.

Over nine months later, when the judges handed down their sentences, they ruled that, “To initiate a war of aggression is the supreme international crime, differing only from other war crimes in that it contains within itself the accumulated evil of the whole.” It was on the basis of the new rule against aggressive war that the United Nations was founded in 1945 with the USSR as one of the five permanent members of the Security Council charged with protecting the world against aggressive war in the future. If, as the European Parliament now says, the USSR was in fact just as guilty as Germany for starting the war, then logically, the UN, the basis of today’s international system, should be disbanded as a criminal organization.

This revisionist claim that Hitler and Stalin were both guilty of starting the war does not stand up to scrutiny. On the contrary, the leaders of the day themselves, like later historians, understood that the history of the outbreak of the war started not on 23 August 1939, but instead a year earlier, on 28-29 September 1938, when, to their eternal shame, Britain and France agreed with Italy and Germany that Hitler could dismember Czechoslovakia. This duly happened when Hitler seized first the Sudetenland and then, in March 1939, the whole of Bohemia and Moravia (i.e. including Prague). It was at this stage that Britain and France tried to retrieve the situation they had created through their own cowardice by issuing their guarantee to Poland and threatening war if Germany attacked that country.

In the months that followed, Britain, France, and the Soviet Union entered into uneasy negotiations to try to conclude an anti-Hitlerite alliance. Distrust was at its maximum because the Soviets were convinced that the capitalist powers had been actively trying at Munich to deflect Hitler to attack them in the East. Nonetheless, Stalin announced in secret negotiations in August 1939 that he was prepared to deploy one million Soviet soldiers to counter the German threat. This was more manpower than Hitler had and it would have stopped him in his tracks: if this plan had been adopted, the war would never have broken out. 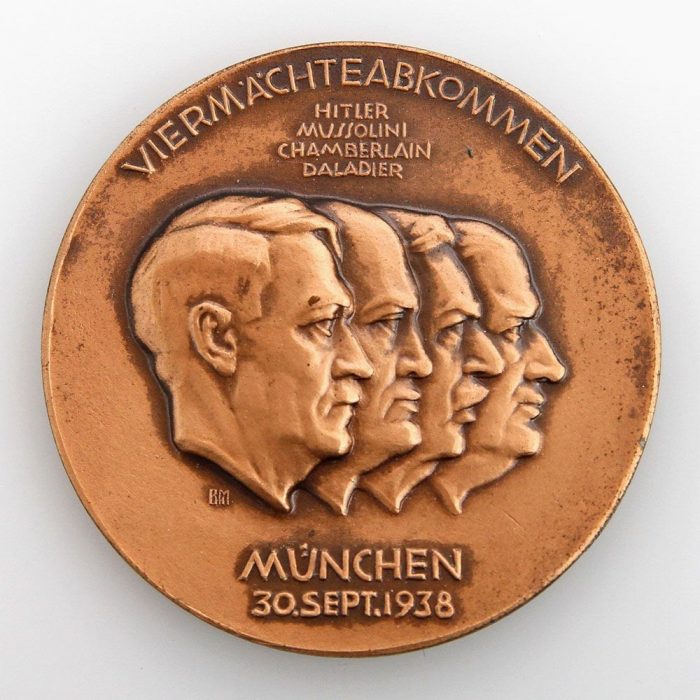 The plan failed because of Polish intransigence. The Soviets’ proposed strategy required the stationing of some of their massive deterrence force on Polish territory: there was little point pretending to defend Poland without any troops there. Yet Poland’s hatred of the Soviet Union was too great. So, just as Churchill is supposed to have said to Neville Chamberlain after Munich, “You were given the choice between war and dishonour. You chose dishonour, and you will have war,” so one could say today to Poland, “You had the choice between Soviet troops and war; you chose war and you got Soviet troops” (in 1945).

The collapse of the negotiations in the summer of 1939 convinced the Soviets that the West was plotting against them with Poland. To be sure, the signature of the non-aggression Pact between Stalin and Hitler was a cynical move in a grotesque game of diplomatic poker played out between the great powers. But, as the various sides danced suspiciously around each other, there was one certain quantity in a sea of unknowns: Hitler was going to strike again soon and was going to launch a war to get his way. The idea that it was Stalin who was instead determined to start a war occurred to no one at the time, nor in the years that followed. It is pure fiction.

Poland’s refusal to accept the Soviet plan is perhaps explained by her ambiguous relationship to Hitler. She had signed a non-aggression pact with Nazi Germany in 1934, just as Latvia and Estonia signed non-aggression pacts with Germany in June 1939. (There is no mention of these pacts in the European Parliament resolution.) Much worse, Poland had been an active participant in the dismemberment of Czechoslovakia in 1938 when she joined Nazi forces in seizing parts of Czech territory, the Silesian city of Teschen (Cieszyn). Naturally, the resolution does not mention this uncomfortable fact either.

n truth, the resolution is nothing but a tawdry piece of Russophobia. Not content with distorting history, it also distorts the present by alleging that Russia today “continues to whitewash communist crimes and glorify the Soviet totalitarian regime.”No evidence is provided for this claim, which is contradicted by the ceremony held in 2017 on the occasion of the 100th anniversary of the Bolshevik revolution, when President Putin inaugurated a ‘wall of grief’, a monument commemorating the victims of Communist terror. In 2008, he and then-President Medvedev attended the state funeral of Aleksandr Solzhenitsyn, the author of ‘The Gulag Archipelago’ whom Putin had met on several occasions before his death.

One is tempted to get angry at such a dismal text. But one should console oneself that, because the resolution is written in the lugubrious and impenetrable bureau-speak of EU laws, and not in the lively and literate language of real history written by proper historians, it is unlikely that anyone will ever read it.

John Laughland, who has a doctorate in philosophy from the University of Oxford and who has taught at universities in Paris and Rome, is a historian and specialist in international affairs.