The EU should consider long-term relations with Moscow, instead of making feverish anti-Russian moves, new Greek Foreign Minister Nikos Kotzias said, adding that his country does not want to give up its historic ties with Moscow. “Greece is interested in stabilization and peace in Ukraine, as well as avoiding a split in the relations between the EU and Russia,” Kotzias told Athens News Agency, explaining Greece’s stance at the emergency meeting of EU foreign ministers in Brussels on Thursday. 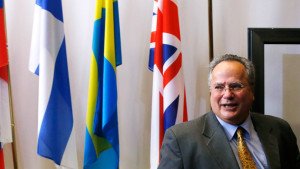 He said he urged the European Union to “finally consider what it wants to do with Russia on a long-term basis…instead of reacting [to the Ukrainian crisis] in a morally direct, correct, but feverish fashion.”

The debate in the Belgian capital was a tough one, the minister stressed, as it was crucial for Athens “to avoid confusion in relations in the non-economic sphere with the Europeans and not to disturb Europe’s and Greece’s relations with Russia.”

“Those of our partners, who don’t want a serious breakup with Russia, looked at us with great sympathy, and some even hid behind our backs during the negotiations. The others, who strongly oppose dialogue and relations with Russia, treated us critically and distanced themselves from us. It was a difficult negotiation,” he said. However, Kotzias added that he believes the Greek delegation “managed pretty well” during the Brussels talks.

The newly-elected leftist government in Greece refused to approve an EU statement on further sanctions against Russia, which is in the firing line over its stance on the Ukraine conflict. A more conciliatory document was released after the foreign ministers’ meeting on Thursday.

“I explained that, in Greek opinion, the EU doesn’t begin and doesn’t end with sanctions, not to mention the fact that it doesn’t include the institute of sanctions,” the Greek FM said. He added that Federica Mogherini, the high representative of the European Union for Foreign Affairs and Security Policy, “understood the problem and realized that the EU’s integration can’t go on through aggressiveness all the time.”

The fact that there will be no new sanctions against Moscow and that the existing restrictive measures will be prolonged only until September – not until the end of 2015 – is “a significant success of Greek diplomacy,” said Kotzias, who is also a professor of political theory at Piraeus University. “Greece shouldn’t take sides and give up on its historic relations with Russia,” he added.

Athens stands for a peaceful solution to the Ukraine crisis – which has already taken over 5,000 lives – the FM said, reminding of a large Greek community in Ukraine. He said he has warned the EU that its actions against Russia are “destabilizing” the region.

During the Brussels talks, the Greek delegation also made it clear to the EU that the country shouldn’t be treated as a “pariah state” because of its debts. “My colleagues understood that they can’t behave towards Greece as if it were a pariah state because it owes money,” he stressed.

Greece’s new government was formed after the leftist Syriza party won the January 25 legislative election, claiming 149 seats in the 300 seat parliament. The party, led by Alexis Tsipras, rose to popularity after it promised to renegotiate Greek debt and put an end to austerity in the country. 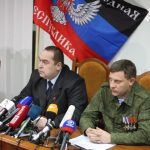 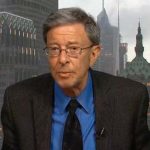 The troubling case of Professor Stephen Cohen and the American Association for Slavic, East European, and Eurasian StudiesBackground, Russia