EU sanctions against the Crimean Republic do not scare its residents, have no effect on the region’s economy and their new prolongation is very much like a blank shot, Crimean Deputy PM Ruslan Balbek has told reporters. “The extension of the sanctions has not come as a surprise for Crimeans. These sanctions will not cause any damage, they are akin to a blank shot,” Balbek was quoted as saying by RIA Novosti. “Crimea is a part of the great Russian nation and all western restrictions only act as a stimulus for the Crimean economy.”

“In two years, they failed to reach the desired result – there is no disastrous economy slump in Crimea or in Russia as a whole, there is no social dissent or civil disturbances. All their steps have only mobilized and united Russian society,” the official noted.

The deputy PM reminded the journalists that many European politicians have personally visited Crimea since its reunification with Russia and witnessed the real state of events in the republic. “When they leave our peninsula they know that its residents have only gained from the reunification with Russia, which they had always considered their motherland. They see that the peninsula is developing and that there are no ethnic or religious conflicts here,” Balbek said.

On Friday, the European Union announced that it was extending the ban on business dealings with Crimea for another year. The sanctions prohibit imports of products from Crimea, any investment there, cooperation in tourism services as well as exports of some goods and services to the peninsula. Next week the EU is also expected to extend the broader economic sanctions against Russia introduced in connection with the Ukrainian crisis until the end of 2016.

The Crimean Republic reunited with the Russian Federation in March 2014 after over 96 percent of its residents – the majority of whom are ethnic Russians – supported the move in an urgently called referendum. The decision was prompted by the ousting of the democratically elected president of Ukraine and the installation of a nationalist-backed regime, which almost immediately declared war on the pro-Russian regions in the southeast.

A public opinion poll conducted in March showed that 95 percent of Russians described their attitude to the reunification with Crimea as positive – up from 86 percent two years ago. When the pollsters mentioned the anti-Russian sanctions introduced by Western nations and their allies after Crimea’s accession into the Russian Federation, 75 percent of respondents said they thought Crimea was just an excuse for this move and the West had intended to introduce sanctions against their country by any means.

Despite western media reports about the construction of the Kerch Strait Bridge allegedly facing funding problems, the builders are now mounting the spans and will soon proceed to installing the paving, the project’s press service announced on June 13.

The construction of the 19-kilometer road-rail bridge between Crimea and Russia’s mainland is proceeding on schedule.

The Russian government has decided to have payments coming directly from the federal budget to better control spending. Necessary funds have already been set aside and the government is expected to have the matter decided before the end of this month.

The Russian Federal Road Agency authorized the construction of the 19-kilometer bridge in February 2016. The road-rail bridge, which is probably the biggest and most ambitious infrastructure project undertaken by Russia over the last decade, is designed to provide a land route between mainland Russia and the Crimean Peninsula. The estimated cost of the project is about $3.4 billion.

The bridge is expected to become operational in December 2018 and will become the longest bridge in Russia. 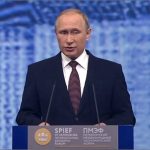 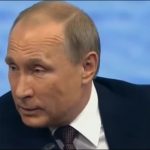