U.S.-taxpayer-funded Radio Liberty has a checkered history that includes hiring Nazi sympathizers as Cold War commentators. Now, one of its current writers has used the platform to bash an American scholar who won’t join Official Washington’s “group think” on Ukraine, Robert Parry reports.

It may be fitting that the U.S.-funded Radio Liberty would be the latest media outlet to join in the bashing of an American academic who dares to disagree with U.S. policies on Ukraine, which have included supporting a 2014 coup that ousted the elected president and installing a new regime in which neo-Nazis play a prominent role. After all, Radio Liberty has a history of cuddling up to Nazis.

On May 6, a Radio Liberty pundit named Carl Schreck joined the Official Washington herd in demeaning Russian scholar Stephen Cohen as “a Putin apologist” who, Schreck said, was once “widely seen as one of the preeminent scholars in the generation of Sovietologists who rose to prominence in the 1970s, [but] Cohen these days is routinely derided as Putin’s ‘toady’ and ‘useful idiot.’”

While hurling insults, Schreck did little to evaluate the merits of Cohen’s arguments, beyond consulting with neoconservatives and anti-Moscow activists. Cohen’s daring to dissent from Official Washington’s conventional wisdom was treated as proof of his erroneous ways.

In that sense, Schreck’s reliance on vitriol rather than reason was typical of the “group think” prevalent across the U.S. mainstream media. But Radio Liberty does have a special history regarding Ukraine, including the use of Nazi sympathizers during the ramping up of the Cold War propaganda by Ronald Reagan’s administration in the 1980s.

In early 2014, when I was reviewing files at the Reagan presidential library in Simi Valley, California, I stumbled onto an internal controversy over Radio Liberty’s broadcasts of commentaries into Ukraine from right-wing exiles. Some of those commentaries praised Ukrainian nationalists who sided with the Nazis in World War II as the SS pursued its “final solution” against European Jews, including the infamous Babi Yar massacre in a ravine outside Kiev.

These RL propaganda broadcasts provoked outrage from some Jewish organizations, such as B’nai B’rith, and individuals including conservative academic Richard Pipes, prompting an internal review. According to a memo dated May 4, 1984, and written by James Critchlow, a research officer at the Board of International Broadcasting, which managed Radio Liberty and Radio Free Europe, one RL broadcast in particular was viewed as “defending Ukrainians who fought in the ranks of the SS.”

Critchlow wrote, “An RL Ukrainian broadcast of Feb. 12, 1984 contains references to the Nazi-oriented Ukrainian-manned SS ‘Galicia’ Division of World War II which may have damaged RL’s reputation with Soviet listeners. The memoirs of a German diplomat are quoted in a way that seems to constitute endorsement by RL of praise for Ukrainian volunteers in the SS division, which during its existence fought side by side with the Germans against the Red Army.”

Harvard Professor Pipes, who was an adviser to the Reagan administration, also inveighed against the RL broadcasts, writing – on Dec. 3, 1984 – “the Russian and Ukrainian services of RL have been transmitting this year blatantly anti-Semitic material to the Soviet Union which may cause the whole enterprise irreparable harm.”

Though the Reagan administration publicly defended RL against criticism, privately some senior officials agreed with the critics, according to the documents. For instance, in a Jan. 4, 1985, memo, Walter Raymond Jr., a top official on the National Security Council, told his boss, National Security Adviser Robert McFarlane, that “I would believe much of what Dick [Pipes] says is right.”

That three-decade-old dispute over U.S.-sponsored radio broadcasts underscored the troubling political reality of Ukraine, which straddles a dividing line between people with cultural ties oriented toward the West and those with a cultural heritage more attuned to Russia. Since the Feb. 22, 2014 coup that ousted President Viktor Yanukovych, some of the old Nazi sympathies have resurfaced.

For instance, on May 2, 2014, when right-wing hooligans chased ethnic Russian protesters into the Trade Union Building in Odessa and then set it on fire killing scores of people inside, the burnt-out building was then defaced with pro-Nazi graffiti hailing “the Galician SS” spray-painted onto the charred walls.

Later, some of Ukraine’s right-wing “volunteer” battalions sent to eastern Ukraine to crush the ethnic Russian resistance sported neo-Nazi and Nazi emblems, including Swastikas and SS markings on their helmets. [See Consortiumnews.com’s “Seeing No Neo-Nazi Militias in Ukraine.”]

But anyone who detects this reality can expect to confront insults from the mainstream U.S. media and U.S. government propagandists. Professor Cohen, 76, has borne the brunt of these ad hominem attacks.

One of the ugliest episodes came when the Association for Slavic, East European and Eurasian Studies joined the bash-Cohen mob. The academic group spurned a fellowship program, which it had solicited from Cohen’s wife, The Nation’s editor Katrina vanden Heuvel, because the program’s title included Cohen’s name.

In a protest letter to the group, Cohen called this action “a political decision that creates serious doubts about the organization’s commitment to First Amendment rights and academic freedom.” He also noted that young scholars in the field have expressed fear for their professional futures if they break from the herd. Cohen mentioned the story of one young woman scholar who dropped off a panel to avoid risking her career in case she said something that could be deemed sympathetic to Russia.

Cohen noted, too, that even established foreign policy figures, ex-National Security Advisor Zbigniew Brzezinski and former Secretary of State Henry Kissinger, have been accused in the Washington Post of “advocating that the West appease Russia,” with the notion of “appeasement” meant “to be disqualifying, chilling, censorious.” (Kissinger had objected to the comparison of Russian President Vladimir Putin to Adolf Hitler as unfounded.)

So, as the United States rushes into a new Cold War with Russia, we are seeing the makings of a new McCarthyism, challenging the patriotism of anyone who doesn’t get in line. But this conformity presents a serious threat to U.S. national security and even the future of the planet. We saw a similar pattern with the rush to war in Iraq, but a military clash with nuclear-armed Russia is a crisis of a much greater magnitude.

One of Professor Cohen’s key points has been that Official Washington’s “group think” about post-Soviet Russia has been misguided from the start, laying the groundwork for today’s confrontation. In Cohen’s view, to understand why Russians are so alarmed by U.S. and NATO meddling in Ukraine, you have to go back to those days after the Soviet Union collapsed in 1991. Instead of working with the Russians to transition carefully from a communist system to a pluralistic, capitalist one, the U.S. prescription was “shock therapy.”

As American “free market” experts descended on Moscow during the pliant regime of Boris Yeltsin, well-connected Russian thieves and their U.S. compatriots plundered the country’s wealth, creating a handful of billionaire “oligarchs” and leaving millions upon millions of Russians in a state of near starvation, with a collapse in life expectancy rarely seen in a country not at war.

Yet, despite the desperation of the masses, American journalists and pundits hailed the “democratic reform” underway in Russia with glowing accounts of how glittering life could be in the shiny new hotels, restaurants and bars of Moscow. Complaints about the suffering of average Russians were dismissed as the grumblings of losers who failed to appreciate the economic wonders that lay ahead.

As recounted in his 2001 book, Failed Crusade, Cohen correctly describes this fantastical reporting as journalistic “malpractice” that left the American people misinformed about the on-the-ground reality in Russia. The widespread suffering led Putin, who succeeded Yeltsin, to pull back on the wholesale privatization, to punish some oligarchs and to restore some of the social safety net.

Though the U.S. mainstream media portrays Putin as essentially a tyrant, his elections and approval numbers indicate that he commands broad popular support, in part, because he stood up to some oligarchs (though he still worked with others). Yet, Official Washington continues to portray oligarchs whom Putin jailed as innocent victims of a tyrant’s revenge.

After Putin pardoned jailed oligarch Mikhail Khodorkovsky, the neocon Freedom House sponsored a Washington dinner in Khordorkovsky’s honor, hailing him as one of Russia’s political heroes. “I have to say I’m impressed by him,” declared Freedom House President David Kramer. “But he’s still figuring out how he can make a difference.”

New York Times writer Peter Baker fairly swooned at Khodorkovsky’s presence. “If anything, he seemed stronger and deeper than before” prison, Baker wrote. “The notion of prison as cleansing the soul and ennobling the spirit is a powerful motif in Russian literature.”

Yet, even Khodorkovsky, who is now in his early 50s, acknowledged that he “grew up in Russia’s emerging Wild West capitalism to take advantage of what he now says was a corrupt privatization system,” Baker reported. In other words, Khodorkovsky was admitting that he obtained his vast wealth through a corrupt process, though by referring to it as the “Wild West” Baker made the adventure seem quite dashing and even admirable when, in reality, Khodorkovsky was a key figure in the plunder of Russia that impoverished millions of his countrymen and sent many to early graves.

In the 1990s, Professor Cohen was one of the few scholars with the courage to challenge the prevailing boosterism for Russia’s “shock therapy.” He noted even then the danger of mistaken “conventional wisdom” and how it strangles original thought and necessary skepticism.

“Much as Russia scholars prefer consensus, even orthodoxy, to dissent, most journalists, one of them tells us, are ‘devoted to group-think’ and ‘see the world through a set of standard templates,’” wrote Cohen. “For them to break with ‘standard templates’ requires not only introspection but retrospection, which also is not a characteristic of either profession.”

Nor is it characteristic of U.S.-taxpayer-funded Radio Liberty, which has gone from promoting the views of Nazi sympathizers in the 1980s to pushing the propaganda of a new Ukrainian government that cozies up to modern-day neo-Nazis. 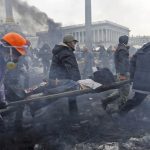 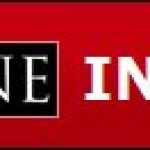