The end of nuclear deterrence? The U.S. hypersonic missile program

While conflict between the United States and Russia over Ukraine has raised talk of a new Cold War, another feature of that era has also begun to re-emerge — the missile race. A new arms rivalry between Russia and the United States is heating up as the two major military powers rush to develop a new class of hypersonic, non-nuclear missiles that can strike any target on the globe within one hour of launch with devastating accuracy. 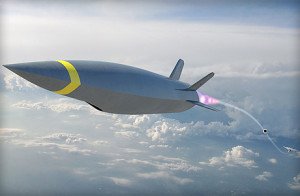 The United States is leading the chase for the new weapons, which Russia firmly believes poses a significant threat to its own nuclear missile forces. “Russia considers this trend as a path to obtaining [non-nuclear] means of depriving Russia of its deterrent capability,” Dr. Eugene Miasnikov, director of the Moscow-based Center for Arms Control, Energy and Environmental Studies told The Moscow Times.

Russia’s sensitivity to threats to its nuclear deterrence could lead it to mistake a hypersonic missile launch as the opening moves of a larger attack, some analysts say, arguing that the weapons are so destabilizing that their mere development could spark a nuclear war between major powers.

Hypersonic missiles are being developed in the United States as part of the Conventional Prompt Global Strike program, a loosely defined Department of Defense initiative to develop the capability to accurately hit targets with non-nuclear intercontinental missiles in record time. The idea has its roots in U.S. post-9/11 counter-terrorism strategy, when the United States decided it needed the capability to hit targets as soon as they had been located.

To date, a reported $1 billion has been spent on the Conventional Prompt Global Strike program. A few billion dollars more would likely be needed to attain true hypersonic capability, according to James Acton, a senior associate in the Nuclear Policy Program at the Carnegie Endowment for International Peace. 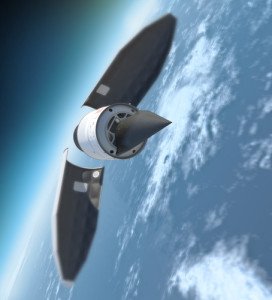 The most prominent example of hypersonic weapons currently in development are so-called “boost-glide” weapons. These are missiles that, instead of arcing into space before coming down on their target, are fired at a shallow trajectory that barely exits the atmosphere. After reaching a hypersonic speed, the missile’s warhead is released and glides the rest of the way to its objective. As the weapon begins to glide, its relatively shallow angle of approach makes it extremely difficult to track and defend against — a detail Russia’s leadership finds troubling.

While hypersonic weapons are still in the development phase, they have already raised the prospect that Russia might pull out of Cold War nuclear arms treaties with the United States. President Vladimir Putin in 2013 warned that the hypersonic missile development “could negate all previous agreements on the limitation and reduction of strategic nuclear weapons, thereby disrupting the strategic balance of power”.

Nuclear arms control agreements between Russia and the United States have only gotten shakier since then.  In July of last year, amid the tensions of the Ukraine crisis, Washington suggested Moscow had violated the 1987 Intermediate-Range Nuclear Forces Treaty (INF), which bans an entire class of nuclear missiles.

In October, Putin told Serbian newspaper Politika that he considered Western sanctions over Ukraine an attempt to “blackmail Russia” and that the West should “remember the risks that a spat between major nuclear powers incurs for strategic stability,” news agency Reuters reported.

Another piece of the Russian hypersonic puzzle may have been unveiled last week, when President Vladimir Putin signed an order uniting Russia’s largest defense contractor, the Almaz-Antey air-defense concern, with several smaller military space firms. Though not directly related to the development of hypersonic missiles, the move might signal a greater focus on developing defense against the weapons.

Almaz-Antey did not respond to a request for comment.

The United States seems so far to have failed to allay Moscow’s fears that the missiles are being developed to target Russia rather than terrorist hideouts, said Carnegie’s Acton.

Moscow has already worked hypersonic missiles into its long-standing grievances against the United States — including NATO expansion and the placement of missile defense systems in Europe.

Because the weapons do not follow ballistic trajectories, but glide and maneuver their way to the target, it is possible that Moscow would become confused about the missile’s objective and believe Russia was the intended target. This would lead to a serious escalation of international tensions, and possibly provoke a counterattack.

But now is a bad time for dialogue. In recent weeks, prominent U.S. politicians have advocated arming Kiev against Russian-backed separatists in eastern Ukraine, raising the specter of a proxy war between the two former Cold War enemies.

Miasnikov said that so long as both sides remain at odds, any developments in the U.S. hypersonic program will be construed in Moscow as a threat.

In any case, the weapons will be inexorably linked to U.S.-Russia bilateral relations because the way Russia perceives them to threaten its nuclear forces.

The Pentagon should work to better understand what it needs the weapons in question for, and present Russia with concrete proposals to mitigate the risk in deploying them, according to Acton.

For Moscow’s part, “[it] should respond to such an offer constructively,” he said.

The deadly risks of the U.S. nuclear weapons modernization program, in The Nation, Dec. 10, 2014

Nuclear Specter Returns: ‘Threat of War Is Higher than in the Cold War’, by Markus Becker, at the Munich Security Conference, in Der Spiegel, Feb 13, 2015

And, from the website of Lockheed Martin Corporation, ‘The High Speed Strike Weapon‘:

Lockheed Martin’s Skunk Works® is leveraging its proven experience in high Mach systems to provide an affordable, practical and compact solution. The HSSW will enable a responsive strike capability on time-critical, heavily defended targets and achieves high survivability through altitude, speed and stealth. The HSSW will not only demonstrate hypersonic flight but also paves the way for future hypersonic programs, including both expendable missiles and reusable aircraft.