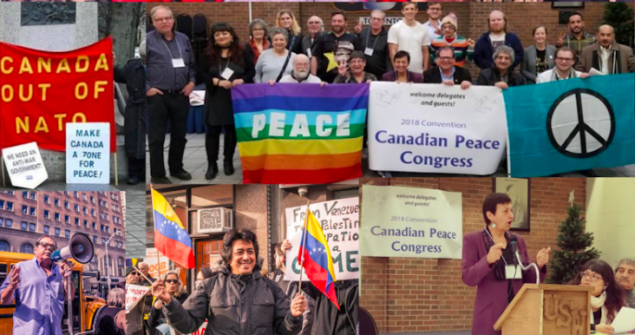 Statement from the Canadian Peace Congress & MAY DAY greetings!

The Canadian Peace Congress has just released a statement calling on the Trudeau government to end its illegal and punitive sanctions on a number of countries, including Venezuela, Iran, Syria the DPRK and others.

The Canadian Peace Congress calls on the government of Canada to rescind punitive economic measures taken against Iran, Venezuela, North Korea Syria, Russia, China and other countries. These measures are in violation of Article 41, Chapter VII of the UN Charter which states that the power to impose economic restrictions on any nation rests solely with the Security Council.

Furthermore, Article 103 of Chapter XVI states that a member’s obligations under the UN Charter override its obligations under any other treaty or agreement. This includes the NATO Treaty and all other bilateral or multilateral agreements. Canada pretends to rely on its 1992 Special Economic Measures Act with regards to its economic measures against Iran and Russia, but that law cannot be applied when it violates the Charter of the United Nations which is also a part of Canadian law.

The Canadian government follows the American government’s use of the term “sanctions” to refer to these punitive measures in order to provide them with the appearance of legality.  The term implies that the measures imposed are legal and that the nation imposing them has the right to dictate to another country how to conduct and govern itself. No nation has that right.  And the claim that the USA, Canada or any other country has such a right violates the founding principles of the UN including mutual respect for peoples and nations and respect for the sovereignty of states.

The illegality is made obvious by the fact that no such economic measures would be accepted by Canada or its allies as legal if they were imposed on them by another country.  In other words, international laws have to be of universal application.  Measures taken by one nation against another are not and, therefore, are a violation of international law and Canada’s obligations under international law.

Punitive economic measures designed to harm the economy and living conditions of a nation in order to subvert that targeted government are also a violation of Article 6 of the Rome Statute of the International Criminal Court. Such measures meet the definition of genocide, which includes “deliberately inflicting on a group conditions of life calculated to bring about the physical destruction in whole or in part of that group”, and can therefore be considered a Crime Against Humanity under Article 7, 1(k) and Extermination under section 2(b).

They also meet the definition of the Crime of Aggression as set out in Article 8b of the Statute since armed force is used by Canada and its allies to enforce these illegal measures as we have seen, for instance, with the armed seizures of Iranian ships, the attempted naval blockade of Venezuela and on-going military manoeuvres against Russia, North Korea and China.

There is no legal or moral justification for the imposition of economic measures which amount to collective punishment of a people.  The fact that Canada and its allies maintain these measures against other countries suffering from the COVID-19 virus reveals their moral bankruptcy to the world.

All the so-called “sanctions” must be rescinded immediately.

Canada must adhere to its obligations and responsibilities under the UN Charter and work for the peaceful resolution of conflicts with nations based on mutual respect for all peoples and the sovereignty of all nations. 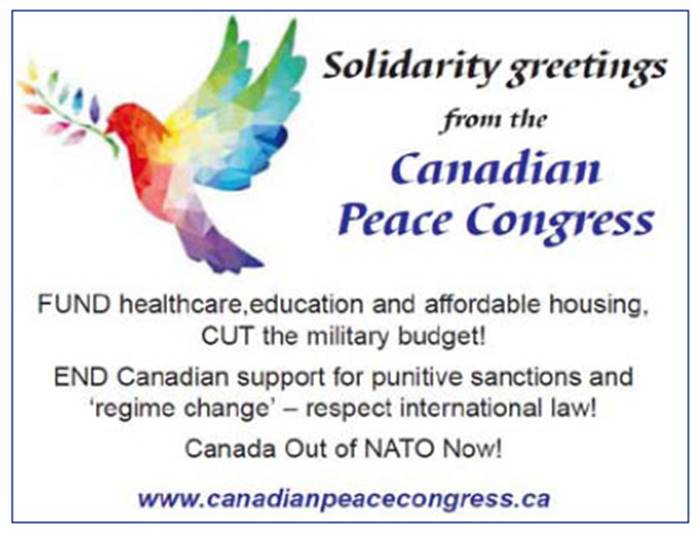 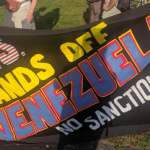 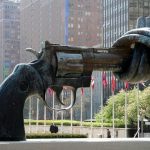