Ekrem İmamoğlu declared Mayor of Istanbul 17 days after the election 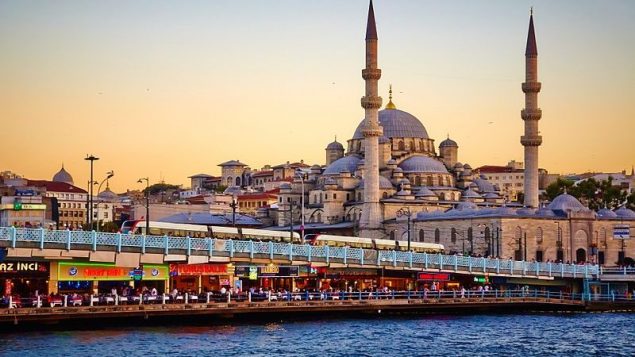 Having finally completed all the necessary recount protocols and with all votes tallied,  Turkish opposition figure Ekrem İmamoğlu of the Republican People’s Party (CHP) confirmed his victory in Istanbul’s mayoral elections. Thus ended a 17-day appeal process complete with a full recount in a number of constituencies.

Victory by a narrow margin

Looking at the final and official results, İmamoğlu got 4,169,765 votes, whereas the candidate from the ruling Justice and Development Party (AKP) Binali Yildirim received 4,156,036.

Following his inauguration ceremony, İmamoğlu made a statement to the press expressing gratitude to his predecessor for his work while in office. AKP representative Mevlüt Uysal also spoke: “We will protect the interests of 16 million people. We all have to solve urban issues together. Inside me lives the spirit of this city. At the end of this week, we will invite all residents of Istanbul here, I will inform you of the time and the exact place later. We want to start work as soon as possible, and to get into all the details of the activities of the municipalities. ”

“We Will Bring Peace and Love”

İmamoğlu, addressing the population in front of the entrance to the Istanbul mayor’s office, said: “We will bring peace and love to these beautiful people. It will not matter to us what kind of nationality, religion or political views you hold. We want to bring peace and prosperity to this beautiful city and its beautiful inhabitants.

I welcome everyone – Turks, Laz, Kurds, representatives of all nationalities. I welcome Muslims, Sunnis, Alevis, Christians living in this city.

We have never compromised rights, laws or justice. We have never refused to follow the core values ​​of our country, our Republic, our faith, Mustafa Kemal Atatürk.

On the streets and squares, we kept saying that the time would come, and we would all smile to each other. Now nothing will be hidden. No more division into privileged areas and suburbs. No more redistribution of property between the powers that be. All the benefits of this city belong to its inhabitants.

From now on, we will all together share the values, wealth, the beauty of this city. Wherever I am, I will not violate the rights of a single person, and I will not allow others to do it. We will not give up our values ​​and our faith. It is time to leave in the past all the insults and disagreements.

The most important thing is to adequately and honestly serve this city, these people, this world. We are here to serve the people of this country, the supporters of İyi Parti, AKP, MHP, HDP, the Saadet Partisi.

Now I want to ask you one question. One day, I might make a mistake, miss, stumble. Are you ready to give me a hand and help me up?

Starting today, we will have a lot of work to do with you. We will enrich this city with science and art. We have no desire to take your time with empty sentences and meaningless initiatives. I promise you the most democratic and most transparent municipal government in the world. ”