Seventy-five percent of voters in the Netherlands say they are against the ratification of the European Union’s association agreement with Kiev, according to a survey conducted in the EU country to gauge public mood. 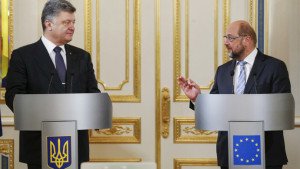 The results of the poll conducted by Dutch television program EenVandaag and released on January 9 show that the overwhelming majority of people in the EU-member state are not in favor of the agreement. Over 50 per cent of voters said they would “definitely” vote against it, while another 25 percent of the respondents said they were “likely” to reject it.

The survey comes ahead of a public referendum on the issue on April 6, triggered by a petition signed by some 450,000 people which forced the government to put the issue to a vote.

According to the opinion poll, more than half of the voters will certainly go to the polls in April, with another 17 per cent saying they will “most likely” do so. Although non-binding, the referendum results would have to be somehow considered by the government.

European Commission President Jean-Claude Juncker urged the Dutch “not say ‘no’” in the upcoming referendum “for reasons that have nothing to do with the treaty itself,” expressing hope that is will not turn “into a referendum on Europe”.

“I have no criticism of the political system in the Netherlands, or on this opportunity to speak out, but I am saying: watch out, this could change the balance in Europe,” Juncker said. “So the Dutch voter must act on April 6 as a European strategist.”

“The Netherlands is an important country, and if people in the Netherlands are voting against a thing like this, then it doesn’t suggest that after all the years we’ve been hearing about how important Ukraine is, the people in western Europe are really supportive of Ukraine at all,” legal expert and international affairs editor for Russia Insider, Alexander Mercouris told RT.

Kiev’s association agreement with the bloc provisionally came into effect on January 1. In order to become permanent, the document has to be ratified by all EU’s 28 member states. Read more © Valentyn Ogirenko Ukraine’s economy hits rock bottom

The agreement mainly focuses on a broad trade deal between Ukraine and the EU, with both sides agreeing to open their markets and remove tariffs on goods. The deal also considers enhanced cooperation in the areas of foreign and security policy.

“My guess is that people in the Netherlands are opposed more to the EU expansion, which leads to more immigration into western Europe from eastern Europe. And they don’t want thousands upon thousands of people coming from Ukraine… One of the reasons why people in Ukraine have wanted it [the agreement], is precisely because that’s exactly what they want to do,” Mercouris said.

While Ukraine’s President Petro Poroshenko has called the agreement “a first step towards EU membership,” it is not mentioned in the deal. The introduction of a visa-free travel regime is also not specified in the document, and the freedom of employment which is only available to full EU member states is also off the table.

In the meantime, Kiev has already suffered the termination of a free trade zone agreement with Moscow after Russian President Vladimir Putin signed a decree to protect Russian markets from uncontrolled re-exports of European goods via the territory of Ukraine. At the same time, a food embargo has been introduced against Ukrainian produce, similar to those in effect against the EU, to counteract Ukraine joining economic and financial sanctions against Russia.

European Parliament President Martin Schulz believes the Ukrainian president’s desire for the country to join the EU in just five to six years is “rather ambitious.” Petro Poroshenko, however, believes the country will have met the entry criteria by then. 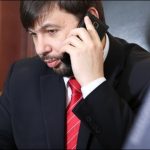 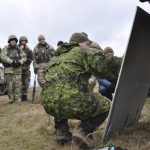