Three Dutch media companies have filed a joint lawsuit against the country’s Security and Justice Ministry, demanding that it disclose more documents relating to the MH17 catastrophe investigation after the ministry’s refusal to release the information. 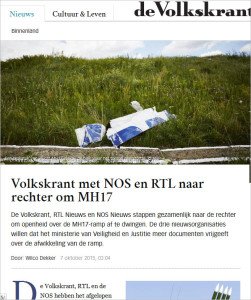 The three media companies had previously appealed to the ministry separately, asking it to disclose MH17 investigation data based on the Freedom of Information Law (WOB). The aim of the companies was to bring to light the details of the tragedy, as well as to reconstruct the actions of Dutch officials after the catastrophe.

The three media companies asked for the reports of ministerial and other official committees that were involved in the MH17 investigation to be released. In response to the media outlets’ request, the ministry reportedly released about 575 documents related to the MH17 case, including the correspondence of the members of the national crisis group that was formed immediately after the tragedy. However, the media companies called the result of their requests “disappointing” in statements published on their websites. They said the ministry refused to release many of the MH17-related documents and rendered lots of other documents unreadable by blurring large pieces in them.

Peter Klein, deputy senior editor of Dutch RTL News, said he was “frustrated” with the government’s attempts to blur over the truth with the “black marker policy”.

“It seems to me that [such actions] are unworthy of an open, democratic society,” he said in the RTL press release.

The Netherlands National Coordinator for Security and Counterterrorism, Dick Schoof, who released the documents after the request of the media companies, said that the disclosure of the documents that had not been made public could lead to deterioration of relations with “some countries and international organizations,” as well as damage the reputation of “some persons.”

Even the objection procedure launched by the media outlets has changed nothing in the ministry’s decision. NOS, RTL and Volkskrant have now undertaken joint legal action, asking the Utrecht District Court to launch an appeal for all of them within a single lawsuit, according to NOS press release.

The three companies have launched the joint appeal procedure as they claim they want to emphasize that transparency is of crucial importance in the MH17 case. “Given the social impact of the MH17 plane crash as well as many questions raised by the relatives [of the victims of the catastrophe], it is vital that the government’s actions and efforts in the aftermath of this disaster should be transparent,” Philippe Remarque, editor-in-chief of De Volkskrant, said in the company’s press release.

“For journalists, this openness is essential for monitoring the activities of the government,” he said.

Marcel Gelauff, editor-in-chief at NOS, said the wider public interest would be served by the publication of the documents: “It is not just about the families of the victims but also about the actions of the Dutch government and the political situation in Europe.”

“Finding out the causes [of the MH17 crash] and bringing the perpetrators of the attack on the plane to justice is a top priority,” Peter Klein said in the RTL press release. “However, it is also important that the actions of politicians and government officials in the aftermath of the catastrophe could be accurately reconstructed,” he added.

It is still unknown when the court hearing will take place. The media outlets hope it will be before the end of the year.

Malaysia Airlines Flight MH17, heading from Amsterdam to Kuala Lumpur, crashed in Eastern Ukraine on July 17, 2014, killing all 298 people on board. The Dutch Safety Board (DSB) has been heading an international investigation into the cause of the crash since a large number of passengers on the flight were Dutch citizens. The DSB is scheduled to present its final report on the causes of crash on October 13. 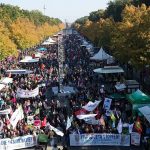 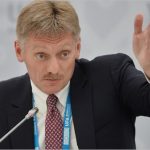