KLM Royal Dutch Airlines has dropped a recording of the pianist Valentina Lisitsa from its in-flight entertainment system after receiving complaints about her Twitter commentary on the Ukraine-Russia conflict. 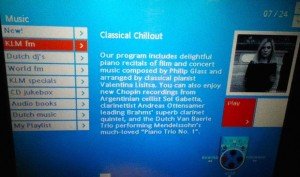 Lisitsa, an ethnic Russian born in Ukraine who now lives in Paris, has drawn attention in recent months for her polarizing social media commentary about the conflict in Ukraine. She has compared President Petro Poroshenko’s government to Nazi Germany; her tweets about Ukrainians have been criticized as vulgar and offensive. Lisitsa maintains that her remarks have been misconstrued and are intended as satire.

On Sunday, a Canadian-Ukrainian who identifies herself as Inna Thorn [an assumed name] wrote an e-mail to KLM stating she was “appalled to see Valentina Lisitsa being featured” in the Dutch airline’s in-flight entertainment system, which she spotted during a trip from Kiev to Calgary. Thorn, a persistent critic of Lisitsa, goes on in the e-mail to recount how the Toronto Symphony dropped Lisitsa from two April 2015 concerts after the revelations of her tweets and re-tweets. [1]

“I am certain the Dutch airline company KLM will reconsider their decision about including a xenophobic performer in their entertainment programming after being informed about Ms. Lisitsa’s other performance,” she wrote.

In a response via Facebook, KLM wrote, “We do appreciate passengers who reach out to us and point out something as sensitive and fragile as this matter.” The recording would be removed as soon as possible.

After learning of the removal from a report on the blog ‘Slipped Disc’, Lisitsa contacted her record company, Decca, which she says was unaware of the situation. “I find it incredulous that KLM would act without first trying to contact the recording label,” said Lisitsa in an e-mail from Normandy, France. She accuses Thorn of acting under an assumed name and lying about her Twitter comments. The pianist says she is considering legal action. (Thorn says she uses a pseudonym “because of very aggressive climate created by Putin trolls and sympathizers in social media”.)

In an e-mail to WQXR, a KLM spokesman said it “wants all passengers to feel welcome on board and to experience a pleasant flight. In some instances, KLM gets requests from passengers to alter aspects of its product that they consider to be insensitive, unclear or incorrect.” A search on the airline’s “CD Jukebox” webpage did not turn up Lisitsa’s recordings.

In June, Lisitsa gave three concerts in Donetsk, the rebel-held city in eastern Ukraine, and appeared on stage beside separatist [sic] leaders. Asked about the performance, the pianist denied collaborating with the separatists, and said she paid all of her own expenses for the trip.

Brian Wise covers the classical music business for WQXR, including aspects of performance, technology, philanthropy and institutional trends. He produces the Café Concerts series and the podcast/show Conducting Business. He manages the station’s homepage and makes sure what you hear on air is what you see online. Follow him on Twitter at @Briancwise.

[1] The banning and cancellation of two scheduled concerts by the Toronto Symphony Orchestra with of Valentina Lisitsa in April 2015 provoked a firestorm of controversy in Canada. The Calgary Philharmonic Orchestra examined the accusations being levied against Lisitsa as a result of her opposition to the civil war of the Kyiv government in the east of Ukraine and decided to continue with a scheduled concert with her on June 5, 2015. A review of that concert is here. 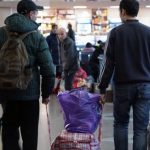 Russia has accepted over one million Ukrainians forced out of homes by Donbas warDigest, Russia, Ukraine 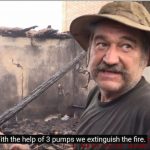