On April 6,2016, the Netherlands will hold a (non-binding) referendum on the EU-Ukraine Association Agreement (EUAA), as the result of a petition to the government signed by 427,939 voters. Until the results of the referendum are known, the EUAA cannot be ratified by the Dutch government and therefore cannot officially go into effect. 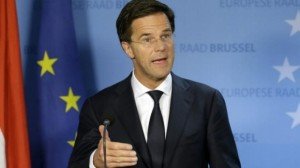 The Dutch government headed by Prime Minister Mark Rutte is firmly in favour of the agreement. From the moment it became clear it would be obliged (by law) to organize the referendum, the government has urged voters on every possible occasion to vote ‘yes’.

The communication strategy the Rutte government is to follow in the upcoming weeks was leaked by Dutch RTL News on February 18. Media experts have formulated guidelines and full statements for government officials to use when addressing voters. Political reporter Roel Geeraedts, who obtained the documents, describes it as “A prime example of State propaganda.”

The strategy has some remarkable aspects. Especially the ‘Do’s and Don’ts’ are insightful (full PDF document in Dutch available for downloading here).

For example: the term “Association agreement” is deemed too difficult to be understood by the public, officials are instructed to use “cooperative agreement” (in Dutch: ‘working-together-agreement’): “This cooperative agreement is in the interest of the Netherlands and Ukraine. It deals with easier trade and a democratic, free Ukraine.” The statement reflects the three main arguments to be used in support of the EUAA: stabilizing/democratizing Ukraine, trade, and cooperation.

Ministers are urged not to enter into discussions on wider subjects, such as the EU or failing democracy, nor, apparently, about the political and military components of the EUAA, which are not mentioned anywhere, despite their significance.

According to the document, it should be made clear to the public that the Netherlands is against Ukraine becoming an EU-member. 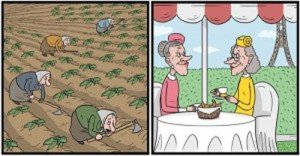 The authors of the guideline warn against over-emphasizing security issues regarding Russia or an explicit pro/con Putin stance (they specifically name the president of Russia, not the country). They consider it more effective to say we do not accept Russia’s engaging in Ukrainian affairs – the media experts emphasize this point specifically – and repeatedly.

They also urge the government not to make the Ukrainian situation appear better than it is, an overly enthusiastic endorsement will lead to skepticism by voters. Thus, scare-tactics should be avoided, as this will be counterproductive (apparently [European Commission President] Juncker did not get this memo as he warned last month that a Dutch ‘no’ could lead to a “continental crisis”.

Another key point of the instruction is that the EUAA is just one of the many cooperation treaties the EU has with over 25 countries throughout the world – nothing to worry about. That the EUAA is different from similar treaties with regard to political and military aspects is not mentioned.

How to sell the Association Agreement to the public

The media experts offer a detailed strategy on what points the government should put forward to sell the EUAA to the public (another PDF in Dutch for downloading here). Some highlights:

On Ukrainian authorities and ambitions:

On money and commitments:

On Russia and Putin:

On the referendum and its outcome:

Rutte’s government has identified (link to a PDF in Dutch) a kaleidoscope of parties that can help promote the ‘yes’ campaign:

Prime Minister Rutte has reacted to the leak of his media strategy, trying to dismiss the incident by joking: “It’s disheartening. Really nothing can remain secret.”

The government still expects the Dutch people to support them on the EUAA. Most opinion polls up-to-now indicate they won’t.

Anneke de Laaf is the Editor of NovayaGazeta.nl project and the Chairperson for the Dutch Forum ‘Sovereign Europe’. 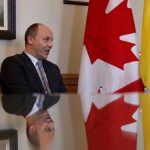 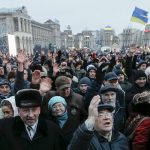 ‘Ukraine a black hole at the brink of economic collapse’Ukraine