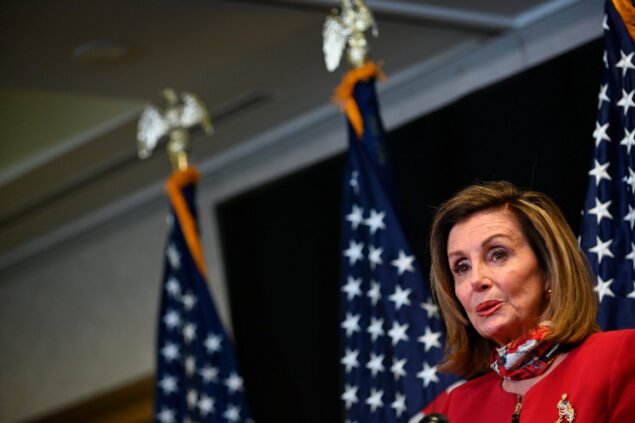 This piece doesn’t really take sides, although the idea that it would be the left that loses the election for them is peeking through; however, the basic point is: they got it completely wrong.

“Some in the party questioned the tactics at the top, with several Democrats demanding an overhaul within the DCCC.”
By Heather Caygle, Sarah Ferris, Ally Mutnick
Published on Politico, Nov 4, 2020
______________________________________
House Democrats are asking themselves one question after Tuesday’s election stunner: What the hell happened?

In the House, bleary-eyed Democrats were still sorting out the wreckage when they awoke Wednesday with dozens of their members’ races still uncalled and not a single GOP incumbent ousted — an outcome that virtually no one in the party had predicted in a year in which Democrats were going on the offense deep in Trump country.

Even with tens of thousands of ballots still to be counted, shell-shocked Democratic lawmakers, strategists and aides privately began trying to pin the blame: The unreliable polls. The GOP’s law-and-order message amid a summer of unrest. The “hidden Trump voters.” The impeachment hangover. The lack of a coronavirus stimulus deal.

Some corners of the party were also beginning to question the message and tactics at the top, with several Democrats predicting — and some even demanding — a significant overhaul within the Democratic Congressional Campaign Committee, including possibly even ousting chairwoman Cheri Bustos, whose Illinois race has yet to be called.

Just 24 hours earlier, Democrats including Bustos and Speaker Nancy Pelosi were boasting about the opportunity to expand their majority, with some even predicting they could win as many as a dozen seats in the House by clawing back GOP territory in the suburbs of Texas, Ohio and Illinois.

But by Wednesday morning, party officials and the rank and file were in panic mode as they awaited the results of nearly 20 members of the Democrats’ historic freshman class that handed the party control of the House just two years ago. And already they were saying goodbye to at least a half-dozen of their centrist Democratic colleagues, who were stunned by GOP challengers on Tuesday, including Abby Finkenauer in Iowa and Donna Shalala in Florida. 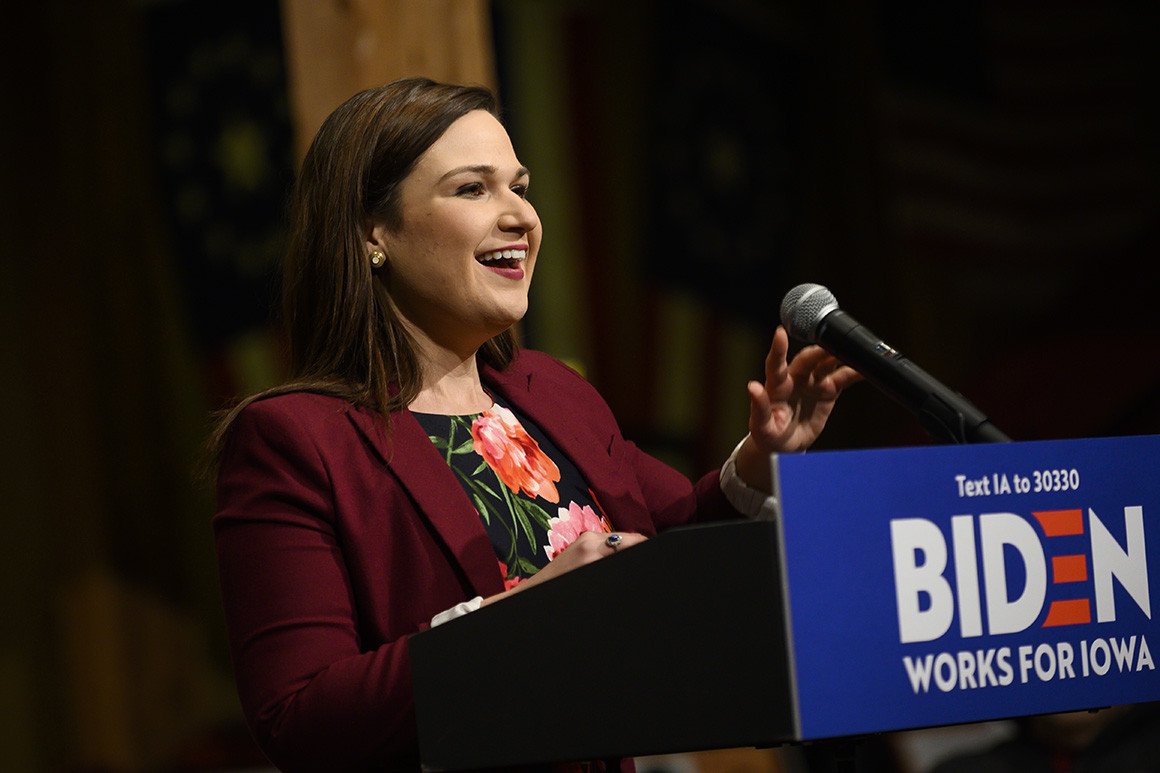 “I think there’s still a lot of uncertainty. I would say the high expectations that a number of pollsters and pundits created obviously have not been met,” Rep. Gerry Connolly (D-Va.) said in an interview Wednesday. “We’ll have a Democratic majority in the House, and it remains to be seen how big that will be.”

Some Democrats were privately more blunt: “It’s a dumpster fire,” said one lawmaker, who declined to be named.

For now, multiple Democratic lawmakers said they are like much of America — glued to their phones and TVs as they wait to see final vote tallies in the three critical Midwest states, Pennsylvania, Michigan and Wisconsin, that will decide the presidency. Many critical counties, including those that will determine the fate of incumbents in the Pennsylvania suburbs, are expected to be counting mail-in ballots for days.

“I think it’s going to be tight but I think Joe Biden wins Michigan,” said Rep. Debbie Dingell (D-Mich.), who has repeatedly sounded the alarm for Democrats since Trump toppled Hillary Clinton there four years ago.

Just in Michigan, two Democratic freshmen struggled to fend off GOP challengers in races — Reps. Elissa Slotkin, who was declared the winner Wednesday afternoon, and Haley Stevens, who had narrowly pulled ahead in the polls.

The full extent of fallout was just beginning to become clear on Wednesday morning, with lawmakers and aides expecting a far tougher internal leadership process, with Pelosi herself facing trickier math as she attempts to seal another term as speaker.

None of the roughly dozen Democratic lawmakers or aides interviewed said Pelosi should step down or would face a challenger. But several of them privately speculated that what was just days ago expected to be a glide path to the speakership will be more difficult as Democrats lose seats in the House.

Meanwhile, GOP lawmakers — overjoyed after they unexpectedly padded their ranks — were beginning to shore up their leadership teams, including House GOP campaign chair Tom Emmer, who began making calls Wednesday morning to lock up support to serve another term.

Democrats were already engaging in rapid-fire finger-pointing about who is to blame for Tuesday’s embarrassing showing, with the private angst likely to spill out into the public in the coming days as the full House landscape becomes known. Several centrist Democrats blamed their more progressive colleagues, saying moderates in Trump-leaning districts couldn’t escape their “socialist” shadow.

Others argued that the DCCC had been far too bullish in seats the party was realistically never going to pick up — citing races such as Arkansas’ 2nd District — while missing the looming disaster in South Florida, where incumbents Shalala and Rep. Debbie Mucarsel-Powell were ousted. Several Democrats said the party operation was not focused on a cohesive, proactive message that went beyond simply opposing Trump, who proved to remain popular in many districts.

And some said DCCC wasted time battling the party’s left flank with its contentious policies designed to stymie primary challengers.

So far, House Democrats have flipped just two seats — and they were guaranteed pickups created by court-ordered redistricting in North Carolina. They had not ousted a single GOP incumbent or won a single open-seat contest as of Wednesday morning. Instead, they suffered a string of demoralizing losses.

Some of those falls were expected: Reps. Collin Peterson of Minnesota, Xochitl Torres Small of New Mexico and Kendra Horn of Oklahoma all faced tough reelections in Trump-won districts. But the others shocked Democrats. The DCCC never bothered to place Shalala in its front-line program for endangered incumbents. And private polling from both parties had Democratic Rep. Joe Cunningham with a large lead in his South Carolina district, but he fell to GOP state Rep. Nancy Mace.

Texas was a massive disappointment for Democrats, who invested millions in targeting 10 seats and even opened a satellite DCCC office in Austin. They failed to flip the massive West Texas seat held by retiring GOP Rep. Will Hurd — a district that Hillary Clinton carried in 2016.

Republicans held on to a rapidly diversifying seat in the Houston suburbs with a win by Troy Nehls, and they have a lead in another in the Fort Worth-Dallas area. Democrats had felt confident in flipping all three.

So far Democrats have lost six incumbents. And more could be coming. Many of their other members trail challengers in races too close to call.

There were some early warning signs in Trump country, Democrats acknowledged, but said the party still failed in a huge way to predict the level of GOP engagement that blindsided them in 2016. In Bustos’ reelection fight, the Illinois Democrat had repeatedly declined financial help from her colleagues until the final three weeks leading up to the race, according to several Democratic sources.

Multiple Democrats said they were already dreading a contentious lame duck Congress, with a potentially emboldened Senate Majority Leader Mitch McConnell as his party appeared on track to narrowly keep the Senate. Many said McConnell — whose party was able to hold onto key seats in Iowa, Kansas and Montana — was even less likely to engage with Democrats on a massive stimulus package, which is still badly needed by many U.S. industries and families amid the pandemic.

Democrats were hopeful Biden would eke out a presidential victory as the ballot count continued Wednesday in the Midwest. But many said they were still stupefied about the string of losses in the House and Senate.

Rep. Henry Cuellar, a senior Blue Dog in south Texas, said some in his party underestimated Trump’s strength, particularly in the farm-heavy counties outside the urban centers, where Democrats have long struggled to develop a message.

“This is what I’ve been saying over and over and over. Urban areas are important, but you still gotta look at the rural areas,” Cuellar said. “If we don’t change the strategy, it’s going to be the same in 2022.”

Melanie Zanona contributed to this report. 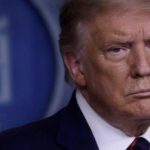 The US presidential election and its effect on US relations with ChinaChina, US 2020 elections, USA 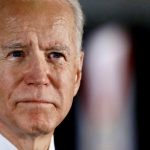 The task before ‘Sleepy Joe’ is to put liberal America right back to sleepJonathan Cook, US 2020 elections