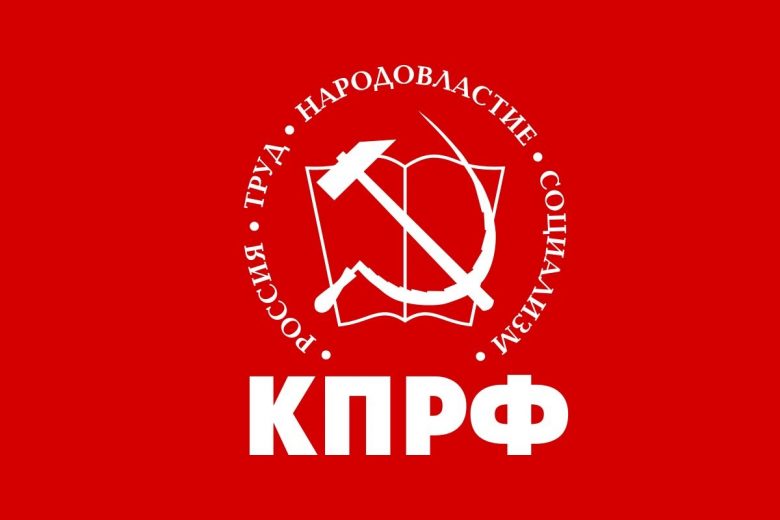 On July 28, 2022, Muscovites and residents of the Moscow region gathered in front of the US Embassy in Moscow to meet with Communist deputies in support of the demilitarization and denazification of Ukraine as well as in protest against the aggressive policy pursued by the United States and its satellites against Russia.

Statement of the rally participants

On July 28, 2022, Muscovites and residents of the Moscow region gathered in front of the US Embassy in Moscow to meet with Communist deputies in support of the demilitarization and denazification of Ukraine as well as in protest against the aggressive policy pursued by the United States and its satellites against Russia.

The second part  of the twentieth and the beginning of the XXI century were characterized by unrestrained American expansion along with, the policy of inciting local wars, inspiring “color revolutions”, unrestrained exploitation of people and resources initiated by them.

After the treacherous destruction of the USSR, the undivided domination of the world oligarchy, carried out through the policy of the United States has been established over humanity for some time.

The Ukrainian events have clearly demonstrated the destructive nature of  imperialist policy pursued by the major powers towards dependent countries and peoples.

Throughout the post-Soviet years, Ukraine was purposefully drawn into the orbit of the collective West’s influence, while the Russian authorities were wasting time by haggling with Ukraine about gas prices in an attempt to negotiate with Ukrainian oligarchs.

This line became pernicious after the 2014 coup in particular, when outright Nazi-Bandera elements came to power in Kiev.

All the following years, the West actively promoted the fascism of the Ukrainian political regime, pumping the country with money and weapons. Along with sharp intensification of Russophobic and anti-Soviet propaganda brutal military actions of Kiev executors against the Donetsk and Lugansk People’s Republics were on the way.

The repression against all dissenters has become unprecedented, the Communist Party of Ukraine and everything related to Soviet history and the Russian language has been banned.

The tragedy of the situation has been further intensified by the fact that, as the Chairman of the Central Committee of the Communist Party of the Russian Federation G.A. Zyuganov correctly noted, the task of liberating Ukraine from the criminal Nazi-Bandera regime could not be independently solved by the Ukrainians.

Such an aggressive policy of the United States, its European allies and Kiev puppets, as well as the inconsistent and indecisive policy of Russian authorities, have realized in inability to avoid a violent clash in Ukraine.

A special operation became inevitable. At the same time, Ukraine’s European “allies” from NATO are keep on cynically using the Ukrainian troops  as their combat slaves.

The collective West headed by the United States  spends  billions of dollars to organize an armed struggle in Ukraine, and demonstrates readiness to wage a hybrid “war up to the last Ukrainian.”

Without military, political, informational support and propaganda arranged by the United States and its allies, the conflict would not only come to the end quickly, but would not have ever begun.

The strategy of Russia’s opponents is to weaken our country’s economy as much as possible through sanctions, audacious theft of foreign exchange reserves and prolonging hostilities.

Under such circumstances, Russia was obliged to act decisively  in both military and political terms, as well as executing socio-economic transformations.

At the moment, the policy of Russian authorities is aimed at the attempts to save Russian capitalism through targeted measures with an intention basically to leave everything quite the same by allowing the rich to become more rich and force the poor to work for the lords of life.

Such a policy does not correspond to levels of challenges facing the country. The country needs serious transformations that can be implemented on the basis of the Communist Party’s program “20 steps towards  the transformation of Russia”, including: nationalization of key industries, planned economic management, the abolition of pension reform, progressive income tax,  drastic increase in salaries for working people, etc.

Only an adoption of the CPRF’s  program as the basis for the state policy will ensure Russia to gain required power potential, social cohesion along with establishment of a fair order allowing to resist the aggressive actions of NATO successfully.

Against such a background a kind of renaissance of Soviet patriotism among people and the armed forces takes special symbolism implemented in  red flags of Victory and the USSR that are often hoisted over liberated settlements in Ukraine.

We express our decisive protest against the hybrid war unleashed by the United States against Russia and resolutely declare that only solidarity of the working people of all countries as well as united workers’ front against capitalism in every country and throughout the world along with  transition to socialism as the most important part  will be able to guarantee lasting peace and prosperity to the nations:

– For the demilitarization and denazification of Ukraine!

– NATO warmongers go to the dustbin of history!

– Down with the oligarchy! Power and property belong  to the people!

– Death to fascism! Death to capitalism! 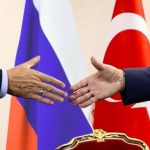 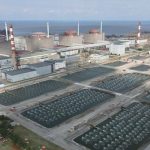 Update on the danger to the nuclear power complex at Zaporozhye, UkraineRussia, Ukraine