Doubts Whether Return to Exceptionalism Will Serve Perceived U.S. Interests 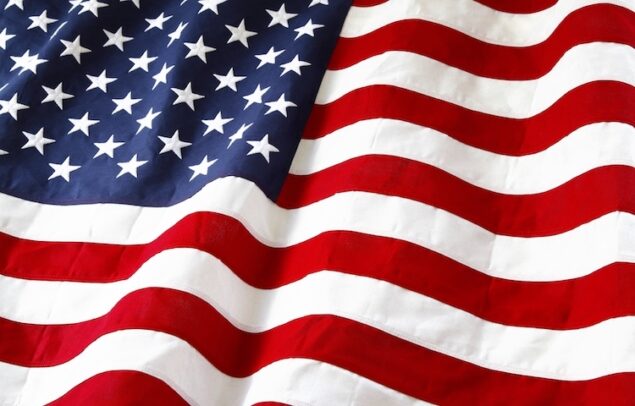 In a statement marking the “return” of the United States to the United Nations Human Rights Council on February 24, Secretary of State Antony Blinken disclosed that the Biden administration is placing democracy and human rights at the centre of American foreign policy.

In a statement marking the “return” of the United States to the United Nations Human Rights Council on February 24, Secretary of State Antony Blinken disclosed that the Biden administration is placing democracy and human rights at the centre of American foreign policy.

The cat is out of the bag. The United States is in relative decline and there is a resource crunch. There is an absence of a positive vision for humanity, as the country struggles with its own demons. The dramatic events in American society and politics in the recent past badly exposed the country as a sham democracy with an abominable record of racism and appalling inequality where the top 0.1 per cent of the population hold roughly the same share of the country’s wealth as the bottom 90 per cent.

But the resurrection of American exceptionalism will have no takers, and the United States, lacking the capacity and the moral authority to advance a unifying agenda in the international arena, is assembling a toolkit for its diplomacy, with geopolitical objectives.

The potential of the UN Human Rights Council ought to be directed at the raging coronavirus pandemic, which has undermined the social and economic foundations of states. The most fundamental human right—the right to life—has been threatened, with the world economic downturn causing a big rise in unemployment and aggravating social insecurity. The development gap between nations and regions is widening.

But for Blinken, it seems that such a horrific level of deaths among his countrymen isn’t a human rights issue. Not a single state functionary in the United States has been held responsible for such a tragedy of unspeakable proportions.

Suffice to say, the United States is bringing disrepute and shame to the whole Western world by leading them into such a cynical game strutting around as champions of human rights when according to a recent estimate, “more than half of all vaccines against COVID-19 have been reserved for one-seventh of the world’s population.” Isn’t that a matter of human rights?

According to an article in the Conversation by University of Oxford historian Roderick Bailey, “the UK alone has reportedly secured enough vaccines to give each of its citizens five doses. If orders are met, the EU and U.S. could jab their populations three times over, while Canada would have enough to do so nine times.” It is obscene, Mr. Blinken.

At the same time, competition for diminishing vaccine supplies may lead to price spikes and further friction. Acrimony has erupted “between the EU, UK and AstraZeneca over a shortfall in vaccine production,” writes Bailey. Meanwhile, “[i]n any situation where supplies are scarce and demand rises, it is poorer countries that will suffer most.”

The Russian Foreign Minister Sergey Lavrov was spot on when he said at the UNHRC meeting on February 24, “The pandemic has exacerbated old problems such as racism and xenophobia, as well as discrimination against national and religious minorities. Mass protests in the United States and Europe have exposed these countries’ continuing systemic inequalities while highlighting the risks of condoning extremist ideologies.”

It is utter moral bankruptcy that the United States and its rich allies in the Western world—what Lavrov called the “golden billion” on planet earth—walk into the UNHRC and start pontificating about human rights and pursue coercive approaches and unlawful methods of intimidation and pressure with “narrow and self-serving geopolitical goals.”

Again, aren’t the “non-transparent policies of social networking platforms” a matter of human rights, too? The United States, in particular, undertook “commitments to ensure freedom of access to information for all citizens” but is now hiding “behind corporate policies” to avoid delivering on these commitments, as Lavrov pointed out. As for the social networking platforms, they have begun to brazenly “manipulate public opinion” in the developing countries “by banning or censoring user content at their own discretion.” Now, they are, under U.S. protection, trampling on the human rights of world citizens, aren’t they?

The human rights toolkit is universally applicable and there is not a single country on earth, including the United States, which doesn’t have a problem with democracy and human rights. Isn’t it a crying shame that an average Black American lives six years less than his white fellow countrymen? Don’t the Black Americans get locked up in jails in much larger numbers than the whites? But the United States’ human rights standards are highly selective—it’s the “white man’s burden.”

Evidently, the toolkit becomes a potent weapon to stigmatize the United States’ adversaries Russia and China; to pressure small countries that do not conform to U.S. regional policies (such as Sri Lanka, Cuba or Venezuela); or to extract concessions from countries by blackmailing them (such as Saudi Arabia).

The toolkit has been used to bring about regime change too—that is, overthrow established governments and replace them with client regimes. The best-known examples are Ukraine and Georgia. A recent attempt in Belarus flopped. A trial project in Russia in recent weeks was simply squashed by the Kremlin. But it is a developing story. The countries in the periphery of Russia are being systematically destabilized and turned into theatres of geopolitical contestation so that the United States’ great adversary will get entrapped in a quagmire.

The Biden administration is using this toolkit to try to re-establish the United States’ transatlantic leadership, which Europe is no longer comfortable with. Europe is experiencing the hidden charms of “strategic autonomy.” But the United States cannot hope to exercise global hegemony without the Western alliance system backing it, either. In this shadow play, Biden estimates that the human rights plank stands the best chance of bringing the United States’ Western allies on board under its leadership.

The United States’ return to the UNHRC does not stem from noble intentions. It is primarily due to the worry over China’s increasing influence in the UN body during the United States’ absence in the most recent years. Specifically, China stole a march over the United States by bringing the pandemic under control and it has become an eyesore. Equally, China’s stance on human rights has growing resonance among the developing countries—that human rights should be relative to the situations of developing countries; that the concept of human rights should be diversified as there is no one-size-fits-all approach for human rights development; and that countries should not export their own model or use human rights issues to interfere in other countries’ domestic affairs.

Indeed, the Western concept of human rights, narrowly focused on freedom of speech or religion and democratic elections, tends to overlook that the basic right for the bulk of humanity is about living and development. The Western countries refuse to accept the fact that there are many roads to development and prosperity for the developing countries, and their path is only one of them and, perhaps, not even the best or the most suitable path.

Plainly put, human rights are being used as a tool to reinforce and perpetuate the present global order in accordance with Western interests. However, it is a losing battle. A new world order is taking shape with a vastly different global humanitarian agenda, which will inevitably become the mainstream for human society.

As the Global Times reports, “According to a plan jointly issued [in late February] by the Central Committee of the Communist Party of China and the State Council, China’s cabinet, on China’s comprehensive transportation network layout, the country aims to build” all over the world “200,000 kilometres of railways, 460,000 kilometres of highways, and 25,000 kilometres of high-level sea lanes” with “27 major coastal ports, 400 civil transportation airports and 80 express hubs” by 2035, which, as one expert put it, will make the country not only “a global production centre” but “a logistics center, trade centre, clearing centre and financial centre, laying a solid foundation for a path to be the world’s economic centre.”

How could the Biden administration possibly counter this latest Chinese challenge? Unsurprisingly, the United States is at its wit’s end in dealing with China’s surge. In 2020, China was over 70 per cent the size of the United States’ GDP. The current forecast is that it will surpass the United States to be the world’s largest economy by 2028, according to the UK-based Center for Economics and Business Research. The United States realizes that the economic race is pretty much lost already. [IDN-InDepthNews – 02 March 2021]

IDN is the flagship agency of the Non-profit International Press Syndicate.