News reports, documents, background material and analysis on the world economy and the Trade war. Each section deals with one aspect and contains links to relevant articles on the New Cold War website, together with a brief introduction to the article.

New Cold War dossiers will be updated and republished from time to time as new items are added.

To view an article click on its headline; to view the original, click on the ‘originally published’ link immediately preceding the introduction to the article.

The new shape of world politics – Disorder in the West, stability in the East

This article analyses the reasons for the Trump administration introducing tariffs against China and the background to the recent G7 and Shanghai Cooperation Organisation (SCO) summits. It was originally published in Chinese by Sina Finance Opinion Leaders, therefore some issues specifically affecting China are dealt with in detail. But the most fundamental features analysed regarding the world situation – the consequences of the ‘new mediocre/Great Stagnation’ in the main Western economies, and their geopolitical consequences – of course apply equally to all countries.

Originally published on Learning from China

While a fractured G7 captured the headlines, the main economic action is elsewhere  – as shown by this report on the Astana and St Petersburg Economic Forum

2018 marks the 40th anniversary of the beginning of China’s ‘reform and opening up’. This has produced in China the greatest economic achievement in human history – a statement not meant as an exaggeration or as polite words, but a simple statement of objective fact.

Originally published in English on Learning From China.

China is not a threat to Canada: Ambassador Lu Shaye’s signed article in the Globe and Mail

The Canadian government has rejected the acquisition of the Canadian construction company, Aecon, by China Communications Construction Company (CCCC) on national-security grounds. In a strongly-worded signed statement posted in the opinion pages of Canada’s leading liberal daily, the Chinese Ambassador to Canada strongly regrets this decision, and states that China ‘does not agree with politicizing and wantonly using the concept of national security and opposes adopting discriminatory policies against Chinese enterprises.’ Canada’s rejection of Aecon shows that Chinese enterprises are suffering from unfair treatment, he says – and it’s not the first time.

The backstory to tit-for-tat sanctions: a systematic attempt by US policymakers to remove China from the world stage as a hi-tech economic player.

The Russian position on multilateral trade

The emerging potential trade war between the USA and China, and the USA’s increasingly aggressive use of economic sanctions as a political tool, has opened a world-wide debate on trade. The Russian position is given in this statement by V.A.Nebenzia, Permanent Representative of the Russian Federation to the United Nations, at the High-Level Symposium on ‘Strengthening Multilateralism  and Multilateral Trading System in the Age of Globalization’

Statement of the permanent mission of the Russian Federation to the United Nations, Apr 27, 2018

Foreign firms may be invited to join ‘Made in China 2025’ scheme, sources say

Trump’s trade war on China squarely targets its goal of becoming a tech superpower. China is fighting back

As Trump ramps up sanctions and tariffs, an economic revolution is under way as trade and transport links are forged between China, Central Asia, Russia, the Middle East – and Europe

Are we headed for a new recession? Stagnation and debt

Trump’s economic policies are not only failing to make America Great but, by sucking capital from the rest of the world, are destabilising it. The primary cause of the continued Stagnation in the industrialised countries is their continued failure to invest – a structural weakness exacerbated by the reckless Trump policy of tax cuts for big business and the rich in the US.

State of the Trade Wars: Tracking Donald Trump’s tariffs — and the retaliation

The Trump administration’s protectionist measures on trade are piling up — and so are the retaliatory moves from a spate of other countries. What began with small-scale U.S. tariffs on washing machines and solar panels has now broadened to include steel and aluminum from all over the world, plus hundreds of products from China. Those tariffs have prompted a tit for tat response from affected countries, which target key U.S. exports such as bourbon, motorcycles, and orange juice. And there could be more to come, with the Trump administration studying further tariffs on imported cars and threatening much more action against China

US data shows no underlying economic acceleration under Trump

Given President Trump’s tax cuts, and his claim that he will strongly accelerate the U.S. long term annual average growth rate to 4 percent, or even higher, considerable attention is necessarily focusing on the latest U.S. GDP figures. Almost simultaneously the IMF published its new five-year prediction for U.S. economic growth. Taking these together therefore provides a significant opportunity to assess whether President Trump’s policies have succeeded in changing the growth path of the U.S. economy.

This article on the risk of recession is also available in English, Spanish, Portuguese and Italian – follow the links

First published (in French) at http://www.les7duquebec.com

Original text (in Spanish) at Nuevo-curso  (Espagne), translated and extended by Robert Bibeau.

English, Italian and Portuguese versions can  be downloaded here

‘Sooner or later, there will be a new financial crisis’

In the the tenth anniversary year of the 2008 financial crash, debt remains an unsolved problem – not just for debtors, but for creditors – and is driving the political and social crises racking the world’s hotspots. Bubbles in the financial markets foretell an imminent financial crisis that would likely be stronger and more dangerous than in the past, according to Eric Toussaint, historian, political scientist and a spokesman of the Committee for the Abolition of Illegitimate Debt (CADTM). In this interview with The Hindu, Mr. Toussaint, who was in Sri Lanka for a regional seminar on debt, spoke on the risks of banks engaging in speculative activities.

Originally published in The Hindu

Text of Michael Hudson’s speech on debt and the world economy, presented at Peking University’s School of Marxist Studies, May 5-6, 2018.

Third-world economic crisis: who is responsible and what can be done?

We include two posts from NewColdWar’s Dossier on Turkey which highlight the dilemmas facing third-world countries exposed to chaotic capital movements and conflicting political pressures ultimately caused by the crisis in the industrialised world.

Who is really driving the slump of the Turkish lira?

The Turkish Lira’s slump is often blamed on the flight of foreign investors. But official data indicate that growing distrust in the currency stems largely from domestic actors.

Ahead of Turkey’s June 24th elections, both the ruling party and the opposition have pledged various incentives and social welfare benefits ahead of next month’s vote. President Recep Tayyip Erdogan had called snap elections in Turkey for June 24, bringing the polls forward by over a year and a half after a call from his main nationalist ally on April 18, 2018. But behind the ‘promises auction’, unresolved economic problems loom

North Korea is routinely portrayed as an economic and political basket case, soon ready to collapse from poverty. The reality is somewhat different, as indicated by this interview with Mitsuhiro Mimura, senior researcher at Japan’s Economic Research Institute for Northeast Asia (ERINA) and an specialist in North Korea.

This post has been updated for inclusion in New Cold War’s Dossier on the world economy.

An Outbreak of Crass Cross-Party Economics

The UK has seen an outbreak of’ ‘cross-party economic’ initiatives whose ostensible function is to reach a bipartisan or multipartisan agreements to address crisis flashpoints in public policy, such as the National Health Service (NHS). The result is economically questionable – and serves to shore up the legitimacy of a government which is responsible for the crises.

This post, from November 2017, has been updated for inclusion in our dossier on the world economy. It revisits the human and economic cost of homelessness in regions once numbered among the USA’s wealthiest and highlights the paradox of US homelessness: the problem is not too little property, but too much wealth.

A new report says  that the UK has nine out of the ten poorest regions in northern Europe, with suggestions that the rapid industrial decline brought about under Margaret Thatcher is chiefly responsible for creating pockets of poverty in one of the World’s richest economies.

First published in The London Economic

PostScript: All the EU’s anti-Trump tariffs

The US trade war with the world is well underway. In retaliation for Washington’s levy of duties on aluminum and steel from the European Union, the 28-country trading bloc has now imposed a plethora of tariffs on hundreds of US goods.  Here is a look at all 340 products affected, divided into two lengthy lists. The first shows the American exports that will face extra tariffs to retaliate against US duties on “carbon and alloy” products. The second includes the remaining aluminum and steel products. 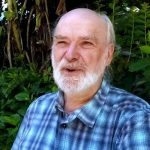 ‘Sooner or later, there will be a new financial crisis’Economics, International Financial Institutions, Meera Srinivasan